The most overlooked asset finally gets some love. Financial companies absolutely hate precious metals. They joke about it at the water cooler. I’ve heard it with my own ears. Even the consideration that a precious metal even exists has perplexed those in the fee-driven industry. But now today we have seen a massive surge of not really just the paper silver, but more importantly, the physical metals. There is now a huge premium on the actual metal, which you may be able to order, but won’t be able to receive because they still need to manufacture it for you. This is certainly a display of supply and demand.

The Holdings Calculator permits you to calculate the current value of your gold and silver. Enter a number Amount in the left text field. Select Ounce, Gram or Kilogram for the weight. Select a Currency. NOTE: You must select a currency for gold first, even if you don’t enter a value for gold holdings.

The price of silver surged higher on Monday as the Reddit-fueled boom in highly shorted stocks appears to be spilling over into the metals market. Silver futures rose 8% to at $29.06 an ounce, marking the largest one-day pop in silver on NYMEX since at least 2013.

CNBC’s Brian Sullivan discusses how silver inventories are selling out, in part because retail investors are buying up silver coins and bars, with Michael Wittmeyer, CEO of JM Bullion, an online precious metals dealer.

Silver Eagles are popular with both investors and collectors because of their U.S. Mint Silver bullion content and historical value. The design of the American Silver Eagle is known around the world as one of the most recognizable motifs in coinage history. The American Eagle coin’s obverse design is Adolph A.

“Only 90 minutes into trading and $SLV has already traded more than it has in about a decade w/ $4.6b which makes it virtual lock to to beat that monster $10b mark set in 2011 as well. https://t.co/hRXExCCTGM” / Twitter

Only 90 minutes into trading and $SLV has already traded more than it has in about a decade w/ $4.6b which makes it virtual lock to to beat that monster $10b mark set in 2011 as well. pic.twitter.com/hRXExCCTGM

“$PSLV (Sprott Silver CEF which can trade at a premium) has already doubled it’s old all-time volume record in the FIRST HOUR of trading. Some WSB-ers prefer this over $SLV for reasons that are not really valid.. https://t.co/M0AVfcbos3” / Twitter

PSLV (Sprott Silver CEF which can trade at a premium) has already doubled it’s old all-time volume record in the FIRST HOUR of trading. Some WSB-ers prefer this over $SLV for reasons that are not really valid.. pic.twitter.com/M0AVfcbos3

“Also interesting is $SLV has traded about the same amount as $GME.. not sure if this speaks to WSB-ers’ ability to take on multiple battles at same time or is a sign of their internal arguments (as many have opposed the SLV move) and growing fragmentation. https://t.co/hWKEqH4wwI” / Twitter

Also interesting is $SLV has traded about the same amount as $GME.. not sure if this speaks to WSB-ers’ ability to take on multiple battles at same time or is a sign of their internal arguments (as many have opposed the SLV move) and growing fragmentation. pic.twitter.com/hWKEqH4wwI

Robinhood has raised $3.4 billion to continue to invest in record customer growth, including $1 billion in funding announced on January 29. This funding is a strong sign of confidence from investors and will help us build for the future and continue to serve people through the exponential growth we’ve seen this year.

Silver demand has gone up. More physical precious metals as in silver and gold. Bullion is in high demand at this time. The stock market keeps going higher as we see more cash, debt, margin being used at this time. The U.S. dollar has been pushed down in recent months and now moving in a range. We are looking at certain stocks like GameStop, AMC, Blackberry and others that are flying higher. Robinhood is at the center of much controversy.

“What do you think about silver specifically?” 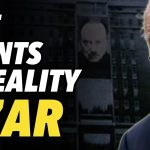 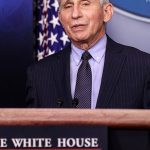