In February of 2019, Mark Skidmore and Catherine Austin Fitts published the report “Should We Care about Secrecy in Financial Reporting?” (Skidmore and Fitts, 2019), which provided a review and assessment of the state of federal government financial reporting and the lack of transparency therein. Since that report was published, several new developments have emerged. In this document, we provide an update on the state of federal government financial reporting on both uses and sources of revenue. We begin with a discussion of uses. On the uses side, we discuss new information from the Office of the Inspector General (OIG) regarding 170 unsupported journal voucher adjustments tallying to $2.1 trillion. These 170 adjustments were briefly mentioned in a 2016 OIG document for the fiscal year 2015 Army General Fund financial report in which the Army was found to have $6.5 trillion in unsupported journal voucher adjustments in that year. We also discuss a request by the Department of Defense to conceal future spending projections.

On the sources side of the ledger, we offer a preliminary evaluation of federal government debt issuance and redemptions by the United States Department of Treasury (Treasury). Recall that we identified through official federal government sources $21 trillion in unsupported journal voucher adjustments over the 1998-2015 period (Kotlikoff and Skidmore, 2017). As discussed in the past, one potential explanation for the ongoing enormous unverified transactions is that the federal government has spent far more than is officially recognized. If this is the case, then we must ask from where the funds came. One possibility is that there has been much more debt issuance than the official debt records indicate. It is important to note that while we have an official record of debt from the issuer (the U.S. government), to our knowledge it is impossible to tally debt from the debt holder side as there is no comprehensive record of who actually owns government securities. Treasury does, however, report a tally of total debt issuance and redemptions on a daily, monthly, and annual basis.

In 2019, the federal government reported a total debt of about $22 trillion. In the same year, total debt issuance was $91 trillion, whereas total redemptions were about $90 trillion. The difference between issuance and redemptions (about $1 trillion) reflects the new borrowing that occurred in 2019. The remaining $90 trillion in debt issuance is due to debt turnover; when bills, notes, bonds, and other debt instruments come to term, Treasury must issue a new debt to replace the redeemed funds. The amount of debt turnover in any given year depends greatly on the composition of the debt with regard to term-length. Long-term debt requires less turnover and reissuance to service, whereas servicing short-term debt requires significant turnover and thus reissuance. In this report, we offer an initial assessment of what total issuance should be to service the official debt of $22 trillion and compare that figure to the $91 trillion in total issuance as reported by Treasury. Our preliminary evaluation suggests that the Treasury may be servicing far more than $22 trillion in official debt. Though this assessment is still a work in progress, we present initial findings to stir further inquiry and solicit ideas and feedback on what may be happening with federal debt issuance and redemptions.

1
We thank Mr. Tom Stanis for bringing the question about federal government debt redemption and reissuance to our attention. We also thank Ms. Camila Alvayay-Torrejon and Rob Kirby for capable research assistance.

The original source of this article is MissingMoney.Solari.com

Any news of the Euro 15 billion of EU taxpayer money that was given to KIEV by Dombrovskis of the EU?

Euro 15 billion is a very LARGE AMOUNT of money. 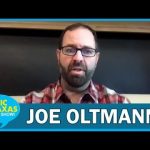 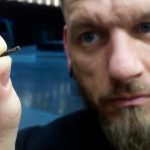