Children may be able to get COVID-19 vaccine this spring, Fauci says

The COVID-19 vaccine may be rolled out to children starting as early as the spring, Dr. Anthony Fauci said Friday. The nation’s top infectious disease expert said that trials will begin sometime over the next couple of months to test the vaccines’ efficacy among the country’s youngest population.

Dr. Fauci’s promotion of gain of function research at the Wuhan Lab may have contributed to the COVID-19 pandemic. Now Fauci wants to experiment on kids by giving them an untested vaccine by Summer. Shots are NOT approved for kids. There is minimal risk of COVID-19 for kids, nobody knows what this vaccine would do to children.  Fauci is a risk to the public and especially your children.

There remains little doubt that the novel coronavirus originated at the Wuhan Institute of Virology, although no one can say for certain if its release was intentional or not. However, it’s not just the Chinese researchers at the lab who are to blame for the disease; some experts are pointing out that National institute of Allergy and Infectious Diseases (NIAID) Director Anthony Fauci’s promotion of a dangerous type of research could have played a role.

That’s because, as Matthew Cullinan Hoffman points out on LifeSiteNews, much of the research carried out at the Wuhan Institute of Virology was funded, advocated and defended by leadership of the U.S. National Institutes of Health and the U.S. Agency for International Development, along with the World Health Organization and several American universities.

The lab carries out a dangerous type of research known as “gain of function,” which involves scientists manipulating viruses in the lab in order to examine their potential to infect humans. It is highly risky in the sense that an accidental release could spur a pandemic, which may be precisely what we are seeing right now.

In 2019, the National Institutes of Health, with backing from the NIAID, committed to spending $3.7 million over the course of six years for research, some of which was the gain of function variety. This came on top of a different $3.7 million, five-year project that involved collecting bat coronaviruses and studying them. The first program funded virologist Shi Zheng-Li and other researchers at the Wuhan Lab and came to a close last year.

Dr. Fauci also came under fire when he defended a risky gain of function research project on bird flu viruses that involved passing wild viruses through live animals until they mutated into a type that could potentially pose a pandemic threat. The scientists involved took a virus that had been poorly transmitted through humans and made it into a highly transmissible one.

More than 200 scientists joined a call for the risky work to be stopped because of the potential of a lab accident creating a pandemic, but Dr. Fauci felt that it was a useful project and defended it.

It hasn’t been proven definitively, but signs are increasingly pointing to the virus coming from the Wuhan lab. The researchers there have already admitted they had sampled at least one virus like it in the past that was identical in 96 percent of its genome. That virus is currently the closest known relative of the novel coronavirus.

Meanwhile, the theory floating in the early days of the pandemic that it stemmed from wild animals at a Wuhan wet market has been officially debunked by Chinese authorities.

A study carried out by Australian researchers found evidence the virus developed in human cell – perhaps in a lab cell culture – before it was unleashed on the world. National Institutes of Health Director Dr. Francis Collins has backtracked in recent days in his stance on the virus. In the past, he seemed to support the conclusion of a study finding the virus had a natural origin, but he now says the possibility that it escaped from a lab cannot be ruled out.

The former head of MI6, Britain’s foreign intelligent service, also supports the lab origin theory. Sir Richard Dearlove told the Telegraph: “I do think that this started as an accident,” referring to a Chinese lab, although he does believe that more research is needed to say for certain.

Dr. Fauci’s long-time insistence that the best way to respond to disease epidemics is by producing vaccines and other treatments, along with the associated push for controversial gain of function research, could well have played a role in the deadly mess the world is now facing.

Sources for this article include:

Form me Fauci is the reincarnation of NSDAP Dr. Mengele!

There is something very creepy about Fauci.

I know almost nothing about Dr.Fauci, but, having looked at Pfizer- Biontech and Astra-Zeneca data sheets for these drugs, I am certain these substances should not be given to a child, especially a female child. These have not been tested on children at all (or other groups like the elderly or teenagers) and they have not been tested on pregnant women either. I really do not know why this technology has even been used on these preparations, when there would appear to be no need to use it, as we have been using other vaccine types perfectly safely for many… Read more »

They have been genetically modifying the plant world for a while.
Now it is time for the animal world.
CRISPR, here we come. 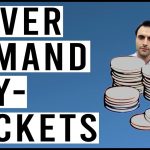 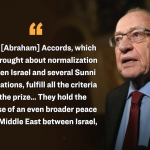