There appear to be several edits of this film; the one linked here is said to be the full version, and it runs to a whole three hours.

The first thing to be noted about it is that it isn’t solely about Anthony Fauci. Because of its length there is a lot to unpack. The  viewer will have to decide how much is fact, how much is opinion, and how much is myth, but it contains extensive documentation including of successful lawsuits against Big Pharma.

Before going any further I suppose I had better declare an interest. On November 7, I had the annual flu jab and have also had all four recommended covid-19 injections. I had a bad reaction to the third one but it lasted little more than a day. The others left me with nothing worse than a sore arm. As I am now 66 years of age and have never been in sparkling good health, for me and people like me, a vaccine is by far the lesser of evils. For some people though, especially the young, it is anything but, and compulsion should never be an option.

Typically, vaccines take years or decades to develop. Work started in earnest on a polio vaccine in the 1930s. The disease was eliminated in the United States by 1994 and in India by 2014. Polio is a horrible disease. Michael Flanders of the famous Flanders & Swann comedy duo contracted polio as a young man, spent three years in hospital, the rest of his life in a wheelchair, and died at just 53.

Covid-19 is very different, it kills or can kill in a relatively short period. Whatever happened or didn’t happen in Wuhan, the governments of the world were under enormous pressure to develop an effective vaccine in record time. They certainly developed them – plural – but what came next?

In retrospect it would probably have been better if we had treated covid the same way we treat the more serious strains of influenza with perhaps additional safeguards for the vulnerable, including the elderly. However, there were and are clearly those who wanted and still want to exploit the pandemic for their own nefarious ends, including vaccine passports and eventually computerised ID cards for the entire population of not just Trudeau’s Canada but the entire world. People who make this claim are derided by so-called fact checkers as conspiracy theorists, even as governments continue to work on such schemes.

It remains to be seen how involved Anthony Fauci was in this perfidy, but he has made so many contradictory statements and uttered so many falsehoods that it doesn’t really matter.

Fauci will be 82 next month so his medical career goes back a long way; before covid-19 he was best known for his involvement with the AIDS pandemic. One of the more robust Fauci critics in this film is Kary Mullis, who died 3 years ago. Mullis was a biochemist par excellence who shared the 1993 Nobel Prize for Chemistry. Other critics point to the chicanery of Big Pharma, especially when it comes to dollars. While some or perhaps much of this criticism is deserved, it is idiotic to suggest that big companies shouldn’t make big profits. They have shareholders, and scientists don’t work for nothing although some don’t think Fauci should be paid more than the President (without counting Joe Biden’s backhanders from China and Ukraine, of course).

Other criticisms include the use of animals, in particular dogs, in covid and related research. Although some testing on animals may be justified, there are problems with this, the big one being that animals have very different biology. For example, like cats, dogs don’t need to intake Vitamin C because their own bodies manufacture it; that is a massive difference. Digitalis causes high blood pressure in dogs, but not in man.

The other big criticism is that of lack of transparency. Again, there may be valid reasons for some of this, commercial ones, but since the Trump Presidency no reasonable person can be in any doubt that government bureaucracies cannot be trusted without oversight; the same surely applies to companies that like Pfizer have incomes larger than some countries.

A lot more could be said about this documentary but watch it yourself, even if it takes two or three sittings, and make up your own mind where we should go from here.

“Covid-19 is very different, it kills or can kill in a relatively short period.”

Author is uninformed. Covid is not that fatal. The fatalities are occurring in the hospitals from CDC recommended treatments. Remdesivir instead of ivermectin.

Beware the (official) cure, especially when it is a thousand (at least) times worse than the disease. And by the way, since the mRNA was “tested” on the general population, who was in the control group? Or was that supposed to be an eternally kept secret, hiding all of the damage done by the “vaccines.”

Methinks Gates and Fauci (and many more) should be sharing a large wing at the Hague.

I can think of a better place for Gates and Fauci – to be hosted by the Big Guy they served so well while they were alive. It’s downstairs, and it’s warm, very warm.

Perhaps they are so rotten that even the Big Guy would refuse to let them in. He would claim that even he has limits. 🙂

Brilliant work Mr Dark Man…I hope EVERYBODY will email all this with link to as many folks as they possibly can…we CAN fix things & make things better IF we all communicate widely. JUST DO SOMETHING!!

Its long past time for that Billy. Torches and Pitchforks is what all the perpetrators deserve, including all the Doctors and Nurses that were indispensable in this Culling.

Al Capone was a small time gangster compared to his contemporary, Meyer Lansky of the Jewish Mafia.
This just goes to show the power that Jewish Hollywood has in forming peoples perceptions and thoughts. Jewish Hollywood has made Al Capone a villainous household name, while their fellow Tribe member, Meyer Lansky, who was a much more prolific gangster, is relatively unknown.

This is the deceptive power that Hollywood wields. The same goes for the search engines Jewgle (Google), Duckduckgo and Jewtube (Youtube). They are all in the business of Perception management, which is brainwashing.

“On November 7, I had the annual flu jab and have also had all four recommended covid-19 injections.”………….. May God have mercy upon your soul, TheDarkMan. 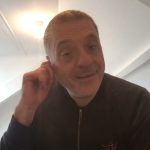