John Campbell is a medical professional. Although technically a nurse, he has massive experience in his field as an educator. His PhD entitles him to designate himself Dr; he is the author of a textbook on pathology, and he has never taken money from Big Pharma.

Although he isn’t averse to using medical terminology, this is very much a channel for interested lay people. His videos are now devoted largely but not exclusively to Covid. Medical jargon aside, he is a plain speaker as his recent video about the sexual spread of monkeypox confirms. His August 6 video is called Covid optimism which happily is what it sounds like. The virus is waning, he says, notwithstanding the variants and a sudden massive increase in Japan.

It is reported that Anthony Fauci now wants to increase vaccinations and booster rates. What does Dr Campbell think of that suggestion? Not much. With typical reserve he doesn’t say Fauci is talking rubbish, outright, but as with his monkeypox video, he leaves the viewer in no doubt what he means.

“Really, I don’t think he’s doing his credibility any good at all by making statements like that.”

He gives one example – Joe Biden – fully vaccinated and double boosted yet has been infected again.  He suggest Fauci should retire. He doesn’t think we are going to control the pandemic with vaccination.

What we are seeing is far greater infection rates combined with decreasing death rates, which he says is natural immunity. Others have been less diplomatic about Dr Fauci, including Rand Paul. What most doctors want is to combat the pandemic and save lives. What Dr Fauci’s handlers appear to want is compulsory mass vaccination, boosters for the entire population, and vaccine passports. That isn’t medicine, it’s global tyranny.

Did you spill Coffee on your keyboard?

When I first caught wind of JC I saw his little dog statue with a mask on… well… lets just say at that moment I no longer paid serious attention to the man. After it was revealed how the trials were pushed onto the public, even with the knowledge that they injured the participants, he appeared disappointed that he’d fallen for a lie but didn’t call for an outright stop to the fraud. Why? Was it because he pimped the very thing that caused so many adverse reactions? Now it’s on to the next fearmongering fraud fest with monkeypox. Hopefully… Read more »

If the YouTuber John Campbell, actually spoke the undiluted truth regarding the ostensible Covid-19 “Vaccine”, he would be banned from YouTube (JewTube), and expelled from Social Media. He would also loose his Bank Accounts, Credit Cards and Payment processor.

The fact that he still has a YouTube Channel, is proof enough that he is simply controlled opposition!

If he went on an outright attack against the Clot Shot (like Vernon Coleman did), he would end up in the same predicament as Vernon Coleman, expelled from all Social Media and made an unperson.

https://www.researchsquare.com/article/rs-1894265/v1 In brief, ….”Hitherto, there is no convincing evidence that the SARS-CoV-2 is associated with cancer and the results of preliminary studies are not conclusive. Yet, we provided an analysis that shows the up-regulation of some tumor-related genes in the SARS-CoV-2 patients which can be indicative of carcinogenic potential of SARS-CoV-2. Given the fact that SARS-CoV-2 is a complex disease that affects multiple organ systems with unknown long-term complications, this finding raised the question of whether the SARS-CoV-2 infection increases the risk of cancer.” Vaccination does not prevent cancer from SARS-CoV-2 because the viral load of the vaccinated is the… Read more »

Your going off on a wild-goose chase there Rose.

As Prof Dolores Cahill stated ‘Everyone Who Has Had an mRNA Injection Will Die Within 3-5 Years’. That’s all you need to know about the Covid-19 Genocide. 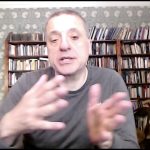 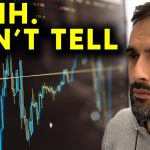