If that sounds an absurd question, it is already an issue. Let us rephrase it, does any organisation including your government have the right to tell you what to eat, drink, or what medicine to take, including vaccinations? Ah, we’re talking about Covid. First, for the sake of full disclosure, I have now had both Covid vaccinations in the UK, and last Saturday I had the booster shot. The Saturday before that, I was vaccinated against influenza, the so-called flu jab. For personal reasons I have never had any objection to this. I am now sixty-five years old, and for most of my life, radiant good health has been a stranger.

The first two Covid vaccine injections left me with a sore arm for a few hours, but the booster was quite different. I spent most of the following day in bed, I was shivering, my neck was aching as bad as it ever did allowing even for a congenital weakness and a serious injury sustained in 1988. I lost my appetite – always a bad sign for me – and my arm hurt for days. Would I volunteer to go through that again should another booster shot be advocated by health officials? Probably not. Do I think other people should be compelled to vaccinate? Definitely not. Yet that is what is happening, In the United States, emergency service workers and even military personnel are in effect being compelled to submit to vaccination. Or lose your job. Not long ago, these people were heroes, now they are expendable or worse?

Greece has just made vaccination for the over 60s mandatory on peril of a hefty monthly fine. Last month, Austria went one step further and is demanding everyone submit to vaccination with a few medical exceptions. In Britain, Covid injections are to be made mandatory for National Health Service staff in April.

This and the behaviour of the authorities in many other countries, including especially the police in certain parts of Australia, should give everyone cause for alarm. There has been resistance it is true, but not that much resistance.

Thankfully there have been some high profile politicians who have not been prepared to go along with this tyranny, the most vocal of whom is the Governor of Florida, but most countries don’t have the same federal structure as the United States, so what those at the top say goes, subject to limited judicial challenges.

Those of a certain vintage may remember the AIDS pandemic of the 1980s. Being a disease of filth, AIDS infection was restricted mostly to certain high risk groups, but if you play in a sewer, you can expect to contract horrible, exotic diseases, The suggestion that vaccination – what there was at the time – should be compulsory, caused only outrage. Even sensible precautions like the 1984 closing of homosexual bath houses caused uproar, yet now the entire population is to be treated like lepers, those who do not bow to the whims of our masters?

And what of compulsory masking, does this actually do any good? In 1990, I contracted chickenpox, which is commonly referred to as a highly infection viral disease. It may be for the young, as well as a very mild one, but for this 34 year old it felt like one step from the grave. All the same, no one I knew had contracted it. The point is, these infections are in the air all the time and attack those they will. A virus is far smaller than a bacterium and infinitely smaller than the dirt and dust particles a mask may actually protect against. What use is a mask for Covid, and what use is washing one’s hands with an anti-bacterial handwash?

Like influenza, Covid is here to stay, and we need to learn to live with it. Over half a million people die in England and Wales every year; the majority of those deaths are from old age or some sort of multifactoral condition. Covid is a serious threat, but it isn’t bubonic plague. Most of those who have died of Covid so far would have simply died from something else. Two major Western leaders have survived Covid: Boris Johnson who is well over fifty; and Donald Trump who is over seventy. Prince Charles also contracted it aged seventy-one. All three of these men are still very active.

We have now long passed the stage where Covid is the main threat we face, rather it is the abuse of those exploiting Covid for their own nefarious ends. What next, Covid passports, or perhaps we should all be microchipped? Don’t laugh, the technology has been around for many years, as has the will to implement it, and if Covid isn’t used as the pretext, something else will be, the war on drugs, perhaps, or so-called racism. 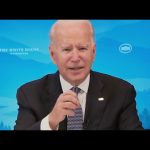