Yes, it is good news, but not for homosexuals! The medical vlogger John Campbell spelt out the facts in his July 7 upload, but first some background. According to the official British Government website, monkeypox was first observed in 1958, although the first entry in the British Newspaper Archive – for monkey-pox – is dated May 3, 1902.

It is unclear if this is the disease currently alluded to today, but what is certain is that the latter is very similar to smallpox, one of the scourges of history. Smallpox is now believed to have been totally eradicated; an announcement to that effect was made on May 8, 1980, something for all vaccine skeptics to bear in mind. There are small quantities of the disease kept in two research laboratories (that are admitted): one in the United States and one in Russia.

That being said, as recently as 2012, a man in San Diego developed an infection similar to smallpox through homosexual contact.

Regarding monkeypox, as the name suggests, it jumped from monkeys to humans. As monkeys are native to Africa but not to Europe, one should not be surprised that Africans have been affected more than others. There was an outbreak in Nigeria between 2017 and 2019. However, because of the scale of international travel in the modern world, the disease has spread far afield, and the vectors are not always human. For example, a serious outbreak in the northern United States in 2003 is believed to have resulted from imported rodents.

So what does Dr Campbell have to say? Monkeypox in the West is a mutation of the Nigerian strain, and the half-good news is that this strain is less serious. It is here primarily a sexually transmitted disease.

In the UK, between 2018 and 2021 there were only seven (reported) cases. These were all imports, as it were, before the virus mutated. The outbreak in the UK can be dated precisely to May 6 this year. To date, at least 96% of known cases have been homosexual or bisexual men – a staggering barometer of the dangers of this lifestyle, and one that harkens back to the AIDS pandemic of the 1980s, of which more anon.

But it gets worse, more than half of those infected have suffered from a sexually transmitted disease in the part twelve months, and 31.8% have had ten or more sexual partners in the last three months.

It is then hardly surprising that monkeypox has spread so rapidly. People who play in a sewer run a severe risk of contracting exotic diseases.

Dr Campbell can barely hide his contempt as he relates these statistics.

There have to date been only 6 confirmed cases in women. This is why male bisexuals are a bigger threat to the innocent than homosexuals. The latter spread these poisons among themselves, but bisexuals have perverted sex with other men then go home and sleep with their unsuspecting wives.

There is no approved vaccine for monkeypox, so a modified smallpox vaccine is being used.

Ryan says homosexuals deserve the unvarnished truth about monkeypox, although he doesn’t allude to them as homosexuals.

“Anyone can get monkeypox.”

On this claim he comments: “Countless public health experts have uttered statements such as this in the past two months. Members of the media and politicians have parroted the message ad nauseam without stopping to dissect what it implies or obscures.”

Those old enough to remember the AIDS pandemic will agree. At that time we were told anyone could catch AIDS, which is a bit like saying anyone can smoke marijuana, including the Queen of England, but does she?

Ryan continues: “An uncomfortable truth, one documented in peer-reviewed papers, is that sexual behaviors and networks specific to gay and bisexual men have long made them more likely to acquire various sexually transmitted infections compared with heterosexual people. This includes not only HIV, but also syphilis, gonorrhea, chlamydia, hepatitis B and sexually transmitted hepatitis C.”

May have made them more likely? Be serious!

Ryan concludes: “Tragically, the monkeypox outbreak is occurring just as a shocking resurgence of anti-LGBTQ sentiment grips the United States. But public health officials cannot be expected to police the public’s reactions to epidemiological facts.

Gay men deserve to hear the unvarnished truth about monkeypox so we can take action accordingly. We’re adults. Please be honest with us.”

Okay, gay boy, here is the unvarnished truth. There is no resurgence of anti-LGBTQ in the United States, what there is, is a nationwide attempt by concerned parents to protect especially their sons from being inducted into such a depraved lifestyle, one that will lead many of them to an early death, and which will deny them grandchildren. They are perhaps even more concerned with trans ideology which has been encouraging the castration of teenager boys and double mastectomies for teenage girls with all the resultant horrors these processes bring.

You want us to be honest with you, very well, go back into the closet where you belong and do not pollute the public space with your perversions. We will be happier, and at the end of the day, so will you, because instead of being celebrated, you will be ignored including by those who currently wish you ill.

First of all stop lying to yourselves and pretending to be adults.

Firstly, Monkeypox is a sexually transmitted disease, and it obviously originated through Negro Beastiality with Primates, like many other sexually transmitted disease.  It moved into Europe and the Americas, through sodomy between infected Negro’s who engaged in buggery with Caucasian sodomites.  I am well aware that the self appointed Thought Police (who are little more than a product of years of Marxist browbeating and indoctrination, and have simply metamorphosed into a programmed NPC) will be distressed by what I wrote, and accuses me of Racism, Homophobia of all the other Isms!  Speaking the Truth has never been popular, and I am… Read more »

Regarding the point ” small pox was declared to have been eradicated in 1980, something for vaccine sceptics to bear in mind”; Yes we have born this in mind since early days, along with all the great and worthy epidemiologists who permit debate on the issue. I understand from my extensive reading that it’s been adequately demonstrated taking all the relevant literature as a whole, that this supposed eradication was due to measures due to hygiene in migratory and war populations concerning malnutrition, water etc. Moreover, although it is stated with great pride to have been eradicated, nontheless it should… Read more » 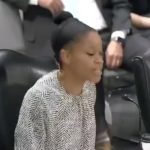 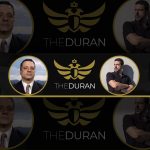