If you thought you’d seen it all, you’ve seen nothing until you see Khiara Bridges make a fool of herself. Who is Khiara Bridges? Difficult though it is to believe, she is a professor of law at Berkeley Law School. Although not unattractive, when she appeared before a Senate committee last week to be questioned over the contentious abortion and transgender issues, she had not only a nose ring but another one through her pierced septum which made her look like a farmer’s prize bull on the way to market. Women of a certain type do this to make themselves look unattractive, perhaps unconsciously. Some also have tattoos, so does Khiara, although they are covered here.

Having said that, Professor Bridges’ looks can be forgiven, but not her utter stupidity. Asked by Senator Hawley if the phrase “people with a capacity for pregnancy” meant women, she said yes but with qualifications. Then she accused Hawley of  using a transphobic line of questioning that opened up trans people to violence, an obvious total non sequitur. Tackled further, she asked Hawley if he believed men could become pregnant, to which like any rational human being he answered no, only to be accused of denying that trans people exist, a claim which is akin to denying dogs exist by pointing out that they don’t have wings.

One in five trans people have attempted suicide, she claimed. Statistics like this are thrown around with gay abandon, but even if they have a basis in fact, what do they prove? Her inference was accept that men can become pregnant or shut up, bigot.

She fared no better when questioned by Senator Cornyn over her claim that three or four times more black babies were aborted in the United States than others.

She put this down to systemic racism because the higher rates of unintended pregnancy was the result of structural racism/systemic racism, and this is “the systems that have made it so that black people disproportionately bear the burdens of poverty in this country, um, the systems that have denied them the basics that they need in order to, to live humane lives, like food, clothing, shelter, healthcare…” to which AK Nation would surely reply “What is she talking about?”

So-called systemic or structural racism implies state sanctioned racial discrimination including in the private sector. Whatever individual whites may think about blacks, this form of so-called racism no longer exists in the United States. Here is one example, many more could be added. Chicago has a population of around two and three quarter million, nearly 30% of whom are black. Chicago has a black mayor – loony lesbian Lori Lightfoot. Chicago’s Chief of Police is black; at least 13 of its 50 councillors are black.

Blacks hold positions of power and influence all across the United States, so where is the structural racism? If Chicago and many other cities are run badly and their citizens treated like cattle, it is because these cities are run by Democrats. Blacks have voted the straight Democrat ticket for decades, but many of them are now waking up, and few have ever been so stupid as to claim men can become pregnant.

Senator Cornyn pressed her on this, and she stressed “I believe, I trust, I love black people with the capacity for pregnancy…”

Asked if she thought a baby that was delivered alive has value, she replied after a significant pause “Yes”.

Then he asked her if a baby that wasn’t yet born had value, and she went back to “a person with the capacity for pregnancy…”

He pressed her on this too, and when told she hadn’t answered the question, she replied “I’m answering a more interesting question to me”.

How would that play out in a criminal trial?

“Did you see the defendant shoot her husband?”

“I believe a woman has the right to self-defence.”

Incredibly, leftists on social media thought this was some kind of victory for her, but normal people were not impressed. Commenting on the Fox News YouTube channel, the UK viewer “My bit of History” said: “She’s a PROFESSOR!!!!  Ring through the nose – Erratic eye movement – Highly strung – Quick to be offended – Throws around accusations and slurs to shut down debate.  I would not have believed it if I hadn’t seen it for myself.  Something to look forward to here in the UK then.  Ohhhhhhh  Joy.”

Incredibly, Professor Bridges also holds a PhD in Anthropology (with distinction no less) yet in her video on ESSENTIAL TENETS OF CRITICAL RACE THEORY, she says race is a social construct rather than a biological one. Sadly, many anthropologists profess to believe this nonsense and use all manner of semantic tricks to back it up, but by and large only white liberals actually believe it, the great majority of blacks don’t and certainly the Chinese don’t.

In the same video she says all knowledge is political, and of course promotes her obsession with inequality based on race.

But is all knowledge political? The Sun is around 93 million miles away; does that distance change on account of who reports on it?

Inequality, whatever one means by that, is complicated. In his 1966 book …Bondage Of The Free, author Kent Steffgren points out that American Negroes then owned 4.5 million automobiles – one to almost every four persons – while in the Soviet Union, there was only one car for every 350 people, and most of these were either state-owned or owned by high ranking officials. Half a century later and more, are blacks any worse off? True, there is a large black underclass, and an even larger white one if only because there are more whites. The solution to this problem is Universal Basic Income or if not that then serious financial reforms that have nothing to do with race.

Professor Bridges and people like her are not interested in improving the lives of ordinary people, be they black or anything else. What they want is to control us, so shut up, peasant, men can become pregnant if we say so.

Sadly, neither Senator Hawley nor Senator Cornyn asked her about the real consequences of this trans madness. In the now notorious Wi Spa incident, it took an ordinary black woman, a mother who does not hold a professorship, to protest against a man walking naked into a sauna in front of her underage daughter. Well, the dude did claim to be a woman.

Nor did they ask her about the transgender prisoner Diamond Blount who raped a female prisoner in a bathroom on the notorious Rikers Island. Sadly, this insanity has now gone well beyond the American university. Norwegian feminist Christina Ellingsen is currently being investigated for a hate crime – her claim that a biological male cannot be a lesbian woman. Now that would be a real debate, a Norwegian feminist versus the Nutty Professor. Or maybe she should watch the Matt Walsh film What Is A Woman? If nothing else this might educate her about the real reasons so many trans people attempt suicide.

“Statistics like this are thrown around with gay abandon”

LOL… I see what you did there. Clever.

“….. she says race is a social construct rather than a biological one”

If she is ever in need of an Organ Transplant, she better hope and pray that the Surgeon does not also believe that “..race is a social construct rather than a biological one”, like this imbecilic so called “Professor” does.

“One in five trans people have attempted suicide, she claimed. Statistics like this are thrown around with gay abandon, but even if they have a basis in fact, what do they prove?” It proves that Transsexualism is an insidious Mental Illness, that should also be treated as one. They should start with Electroshock therapy to treat these deviants and eventually move onto a Lobotomy, if they are not fully cured. Professor Khiara Bridges, would also greatly benefit from a course of Electroshock therapy, followed on by a full Lobotomy. People have been Lobotomised for much less, than that of the… Read more »

“One in five trans people have attempted suicide, she claimed. Statistics like this are thrown around with gay abandon, but even if they have a basis in fact, what do they prove?” It proves that Transsexualism is an insidious Mental Illness, that should also be treated as one. They should start with Electroshock therapy to treat these deviants and eventually move onto a Lobotomy, if they are not fully cured.  Professor Khiara Bridges, would also greatly benefit from a course of Electroshock therapy, followed on by a full Lobotomy. People have been Lobotomised for much less, than that of the… Read more »

If this individual, is an example of the product churned out by the legal profession in Universities in America today, it clarifies the reasons America is in the position it is in today. All the more reason to hurry up it’s demise, and reset. 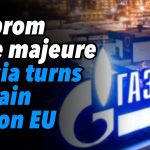 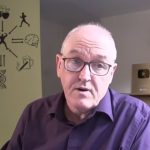