We’ve seen moral panics, mass hysteria, and witch-hunts before, the latter in the literal sense. We see it today with any mention of  nationalism for example, at least for the “wrong kind” of nationalism, but the hysteria generated by the current trans lunacy is a wonder to behold. It is also disturbing beyond all meaning of the word because the vast majority of the public have no idea of the full extent of this madness, namely that quite young girls and boys are being put on life-alterting drugs or even being mutilated in the name of…a delusion. That delusion is that people can change sex and that somehow a baby can be born in the wrong body.

Before discussing What Is A Woman? and in order to pre-empt the semantic games played by trans activists and their fellow travellers, it should be pointed out that while there are only two sexes, things can get complicated. An ordinary human female has two X chromosomes. An ordinary human male has an X and a Y chromosome, so the claim that every man has “a feminine side” is true in  a literal sense.

Some males are born with an extra Y chromosome; some females are born with a triple X chromosome. This isn’t the limit of such genetic anomalies. Intersex people do exist, they used to be called hermaphrodites. The model Hanne Odiele is intersex; she was born with undescended testes which were removed when she was a child. There are all manner of other anomalies, sexual and other, which can affect human beings. Some people are born blind, some with only one hand, or with six fingers on each hand.

Mayer-Rokitansky-Küster-Hauser syndrome is a serious condition in which a baby girl is born without a womb among other anomalies. A baby girl may also be born with a double uterus. Und so weiter. Now we’ve got that out of the way, let us turn to an in-depth discussion of the Matt Walsh documentary What Is A Woman?

The cameos inserted in the film are forgivable as they neither add to nor reduce its efficacy. “I’ve heard people say that there are no differences between male and female” he says, adding “those people are idiots”. Thirty or even ten years ago, no one would have taken issue with that claim, but since the 1930s people of a certain political persuasion have been screaming at us that race doesn’t really exist and that if we claim it does, we are evil. We shouldn’t be too surprised that the same people or the same type of people would raise the stakes and tell us that biological sex doesn’t exist either.

Walsh interviews a number of idiots herein, idiots and mischief-makers. Gert Comfrey is an idiot and a therapist based in Nashville. She calls herself gender affirming; her pronouns are they, them and theirs. She wasn’t born female but was assigned female at birth. Some women have penises, she says, and some men have vaginas.

When Walsh asks her what is a woman, she replies she isn’t one so she can’t answer.

Marci Bowers is a doctor who lives “her” work. Who better to perform sex change operations on men than a woman who was born a man? How about no one? Dr Bowers is based in Room 101; Orwell fans will realise the significance of that, something that can hardly be accidental. Dr Bowers can at least answer the question after a fashion, but says those who believe what Walsh believes to be a woman are dinosaurs.

His next interviewee is a down to Earth old codger in Aberdeen, Washington State. Don Sucher is a shopkeeper who had an altercation with a dude in a dress, one that went viral. He certainly knows what a woman is, and what a woman is not. From there, Walsh travels to the other side of the country to speak to Michelle Fourcier in Providence, Rhode Island. Although a professor of paediatrics, she has, sadly, drunk the trans Kool-Aid. Among her other talents, she is an abortionist.

While Dr Fourcier was pleasant enough, the male gender studies professor Patrick Grzanka waffles at length then claims the word truth is “condescending and rude” as well as transphobic, of course.

By contrast, the psychiatrist Dr Miriam Grossman knows what she is talking about, and isn’t afraid to. According to the homepage of her website:

Selina Soule is a track athlete who has competed against transgender athletes, ie males. She isn’t happy about losing to men. Perhaps she should run faster? In fact, the transgender issue in sport is an entirely different phenomenon; all the transitions are one way – male to female. Although these athletes take drugs to reduce their testosterone levels, ill-advised though that may be, they have one goal and one goal only, to win medals. Not one of them has had any sort of surgery; they are simply second tier athletes who realise they will never be first tier if they compete against males. When they compete against females they win almost all the time, and if the price of their medals is the death of women’s sports, why should they care?

Rodridgo-Heng Lehtinen is a transgender activist and very happy. But delusional people often are. Walsh illustrates Lehtinen’s nonsense about transgender athletes with a fitting montage.

We see footage from the notorious Wi Spa incident.

Congressman Mark Takano is trans. You have one guess which state he is from. California, of course, and just as obviously a Democrat. This interview doesn’t go too well and is terminated

“I just wanted to know what is a woman?” Walsh asks, and a female voice off-camera replies “And you’re not going to find out”. But was it really a female voice, or did it only identify as such?

When the wimmin’s marchers in the capital were unable or unwilling to answer that simple question, Walsh travelled to Kenya where he spoke to members of the Maasai tribe, and guess what? These supposedly so primitive, uneducated people not only know what a woman is but were able to give him cogent answers.

Regarding hermaphrodites, for any other species, they would be referred to as genetic mutations… 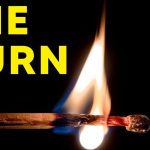 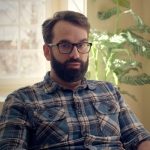