From his visit to the Maasai he returns to Dr Grossman who blames America and the Anglosphere’s sudden descent into transsexual madness on Alfred Kinsey and John Money. This may sound plausible but Kinsey died in 1956 and John Money in 2006.

The classic 1961 short film Boys Beware and many others show homosexuality in a negative light. Transsexuality is one step beyond homosexuality, and the kind of filth being peddled to the young today in the guise of education would never have been tolerated in the 1960s. In Britain, the Thatcher Government suppressed this perversion with Clause 28 which came into force in 1988. No, regardless of the influence of Kinsey and Money, this is a very recent development.

The next interviewee has a truly horrifying tale to tell. Scott Newgent may look like a dude but is in fact a biological woman. There are five hospitals in the United States performing similar surgery on girls. Scott says this is all about money. It may be for some people, but regardless of motive, this is something that has to be stopped.

Another horror story comes from an anonymous man in Canada, anonymous because he is in a legal struggle concerning his minor daughter. This is so unspeakable that you couldn’t make it up. Legal pundits, including Viva Frei, have discussed this case on YouTube.

Then Walsh meets with Jordan Peterson, a man who never minces his words.

If what you’ve heard so far sounds dangerous and insane, what comes next is simply insane. Naia Okami identifies as a wolf, like with four legs, fur, and razor sharp teeth. Naia is also transgender.

Walsh makes an appearance at a Loudon County school meeting and vents his spleen for sixty seconds. This is the most frightening aspect of the trans madness, like race hustlers and feminists they have insinuated their way into the legal fabric of society and are using the law not only to promote their lies but to criminalise all opposition to them, as with the anonymous Canadian father mentioned above.

When Walsh returns home, he asks his wife what is a woman, and receives a straight answer from the mother of four: an adult human female. Another mother of four, an English housewife, has been proselytising the same message for the past few years.

One question remains, we know what the Maasai think of this nonsense, but what would Russia, China, Indonesia, Saudi Arabia…make of it? Nothing at all, because unlike America and much of the rest of the Anglophone world they are not insane.

You can thank feminism and enablers for all of this. They have corrupted society and language. They have spread hatred & fear of men and masculinity and at the same time they spread inferiority of femininity. The APA (American Psychological Association) defines traditional masculinity as toxic while pushing transgenderism on children as healthy. They’ve corrupted the judicial system (esp family law) and police force and every aspect of society. The BBC and other MSM pushing feminism, government, sport organisation, NGO. They are everywhere. Meritocracy is dead. Words use to have concise meaning, but now they are based on feelings. Patriarchy use… Read more » 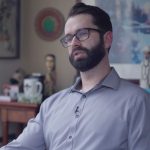 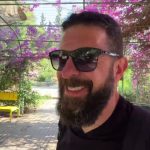