Monkeypox was first discovered in 1958, not in the wild, interestingly, but in Denmark. It is unclear for what purpose these animals were being used, but the disease appears to have originated in the wild, unlike possibly Covid-19. Monkeypox is endemic in certain parts of Africa but there it appears to be transmitted the way most diseases are among human populations. In the West however, it appears to be transmitted almost entirely by sexual contact, sexual contact of a certain type. This was discussed here in a recent article.

The Smithsonian went one better, claiming: “This May, as news broke of a multi-country monkeypox outbreak, sensationalized headlines and public hysteria (much of it tinged with racism and homophobia) suggested that the disease was poised to kickstart another pandemic”.

Indeed, but the article continues with the claim that at least 2,103 cases have been recorded in 42 countries, which should surely give concern about the manner in which it is spread. Which brings us to the CDC, and an article entitled Strategies Adopted by Gay, Bisexual, and Other Men Who Have Sex with Men to Prevent “Monkeypox virus” Transmission.

Again, if gay means homosexual, and bisexual means men who have sex with men and women, who are the “Other Men” who have sex with men? Whatever, this multi-authored report makes it clear that in the West at least, this is overwhelming a disease of homosexuals. If the people surveyed replied honestly, we learn that “Most men (90.0%) reported sex with a man during the preceding 3 months (i.e., during the current monkeypox outbreak); 238 (28.9%) reported two or more sex partners during the preceding 14 days.”

This pattern of promiscuity is confirmed by the Terrence Higgins Trust in the UK which reports that “Everyone is being asked to be aware of the monkeypox symptoms, but it’s important gay and bisexual men are alert as it’s believed to be transmitting through sexual networks.”

The good news, sort of, is that according to the CDC, homosexuals are taking steps to reduce their dangerous sexual practices, but those of us who were around in the 1980s have heard it all before. Briefly, AIDS did indeed change the sexual behaviour of homosexuals. How long did that last? If you’ve ever seen a police car, a fire engine, or a crosswalk decorated in rainbow colours, you know the answer to that one.

Should be mandatory reading for all people over the age of five! 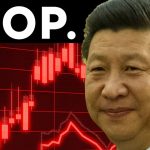