There is a rule of thumb in the mainstream media when discussing violent crimes or similar which may have a racial aspect to them. If the perpetrator is white and the victim isn’t, it’s a hate crime and will generate substantial publicity. But when the victim is white and the perpetrator isn’t…what racial motive? Nothing illustrates this latter better than the 2013  discussion between Marc Lamont Hill and the late Colin Flaherty over the knockout game.

Not all hate crimes involve violence though, be they real or imagined. More recently, like this month, there was outrage in Atlanta when the police released CCTV footage of someone, apparently a man, drawing a swastika on a rainbow crosswalk, not one installed by Ritchie Blackmore fans, but by the Alphabet Mafia. This dude has apparently been making a habit of this; he is believed also to have drawn a swastika near the Federal Reserve.

These outrages led to a joint demonstration by sexual degenerates and Jews; in spite of the swastika’s association with anti-Semitism and so-called white supremacy, the main concern was with the offence (or whatever you want to call it) to homosexuals and their fellow travellers. Not everyone was bothered though. Commenting on the police CCTV video, one YouTuber opined:

“LGBT Community: Stop bullying us!! Love is the answer!! Acceptance!!

Also LGBT Community: Cancel that person for having different beliefs!! Get them fired!!!    Do what we command!!!!”

One breed of YouTubers who are not taken in by this hate crime rhetoric are black conservatives, especially Trump supporters, and there are growing numbers of those. One black conservative could hardly conceal his mirth when the alleged swastika dauber was arrested, and he turned out to be black, or a Sun Man as AK Nation would say.

Was this really a hate crime? The reality is that the powerful LGBT lobby has only itself to blame for this sort of reaction. Yes, in the past they did have a hard time of it, as indeed did blacks, women, working men, and many others besides. Today though, homosexuals hold high public office; Chicago has a lesbian mayor; at least one senior member of the Biden Administration is an out homosexual. Nobody who matters cares what homosexuals do in the privacy of their own homes, but the increasing propensity of homosexual lobbyists and now trans activists to not only normalise their perversion but to indoctrinate the young should not be tolerated by a society that has a nanogramme of common sense.

It is also not insignificant that the swastika dauber in this case was black. Blacks are much less tolerant of homosexuality than liberal whites. In Britain, homosexuality was decriminalised in 1967, but according to a 2021 BBC report, no fewer than 36 of British Commonwealth countries still have laws against homosexuality. There is a simple solution to the problem of so-called homophobia; homosexuals have to go back into the closet where they belong. And most of all they must stop attempting to indoctrinate the young. Male homosexuality especially has nothing to recommend it; it is a lifestyle that with rare exceptions guarantees its practitioners an early death.

Sex is a private matter.. Why do I have to be forced into gay bedrooms???

“There is a simple solution to the problem of so-called homophobia; homosexuals have to go back into the closet where they belong. And most of all they must stop attempting to indoctrinate the young.” Hear, hear. Touché.

I wish I could be as merciful to these deviants as you are. But I truly believe that all homosexuals should be imprisoned with hard labour, and those who attempt to indoctrinate the young? Castration!

There is nothing more “Abhorant” than these queers, trying to indoctriate innocent children, who do “NOT” even think about this crap, , Let them grow up first then they can make a informed decision !
Get out of OUR CHILDRENS FACES !
Just because “YOU” condone Pedaphilia, in your sick Talmud, Then leave it in your Synagouges of Satan ! 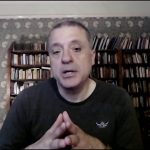 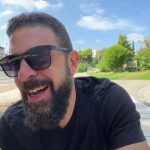