The journalist and author Colin Flaherty died at his home in Wilmington, Delaware on January 11. He had been ill for some time. I knew he had undergone major surgery but he gave the impression he was over the worst of it. Unsurprisingly, his death has been ignored by the mainstream media. A Bitchute channel reported that he had died on the eleventh of next month! Apart from that, the ever polite Jared Taylor published an obituary as did American Thinker.

Colin was best known for his fearless tackling of the incessant crime waves that sweep over black America. He published three books on the subject: White Girl Bleed A Lot, Don’t Make The Black Kids Angry, and KNOCKOUT GAME A LIE? Aww, Hell no. He also made hundreds of videos and gave interviews here and there. Predictably, this didn’t go down at all well with the mainstream media, and the usual suspects lambasted him with their usual epithets.

In December 2014, Heidi Beirich of the Southern Poverty Law Center was not amused when Colin reported with a certain amount of schadenfreude that one of her colleagues had been shot dead by “one of the fellas” as he used to call them.

Curiously, the ADL never attempted to smear Colin, perhaps because he reported attacks on Orthodox Jews the same way he reported them on Asians and blacks.

Colin had two favourite phrases, we report black crime here “Without racism, without rancour, without apology” and “Denial, deceit, delusion”. The latter is a reference to black crime, especially violent black crime, including mob violence. He was scathing of the mainstream media’s apologetics and pathetic narratives, none more so than of the knockout game, which the media claimed didn’t exist, indeed one so-called academic claimed Colin invented it. This was part of what Colin called the “white people suck narrative”. First the denial – it isn’t happening. Then the deceit – white people do it too. Finally, the delusion – white people deserve it. Try a similar argument for rape with a media feminist and see how she responds.

In spite of the mainstream media ignoring him for the most part, Colin did have some interaction with it. On one occasion he debated Marc Lamont Hill; it’s difficult to believe this guy has letters after his name. He also had a number of prominent black fans including Thomas Sowell who reviewed his first book, and Jesse Lee Peterson, another man who tells it like it is, totally fearlessly and damn the consequences.

Before the phrase cancel culture entered the lexicon of lunacy, Colin was kicked off YouTube,  but his fans continued to upload his videos. It isn’t clear when he first became aware of the scale of the problem, but it was certainly late in life. Perhaps it wasn’t so bad when he was young? The domain colinflaherty.com was registered on March 7, 2010 and was first archived August 15 the same year. It was the website of a regular media person. Indeed, his first claim to fame in the racial field, if it can be called that, was as a journalist for the San Diego Reader. In September 1990, a black dude named Kelvin Wiley was framed by a white woman named Toni DiGiovanni, inflicting serious injuries on herself, perhaps with an accomplice. Wiley was given a four year sentence for battery. Colin’s investigation led to Wiley’s early release and then to his exoneration.

Colin  published White Girl Bleed A Lot in 2012, so it was probably only a year or two before that he plunged with earnest into the work that would consume him for the rest of his life.

For the front cover of his book on the knockout game, Colin uses a photograph of an unrelated incident. This photograph is in fact a still from a CCTV camera here in London.  The victim was an Asian girl named Tasneem Kabir, and she was assaulted from behind by a thug named Michael Ayoade for no reason at all, although he may have been suffering from some kind of (self-induced) drug psychosis. The victim broke three teeth, and let us not mention the obvious psychological damage. The attack resulted in a four year sentence for Ayoade; this was his second such attack on a young woman.

Finally, and this was arguably his biggest flaw, while the mainstream media can hear no, see no, speak no black evil, the same could be said of Colin and the police. It isn’t necessary to accept the bogus left wing narrative of police so-called racism to realise that at times the American police especially intimidate, persecute, brutalise, and even kill innocent people. They do it even when they are on camera, they are so arrogant.

Colin Patrick Flaherty came from a large Catholic family; he had a son and daughter, and was also a grandfather. He attended the University of Delaware and the University of California San Diego. While he will be missed by all his friends and family, his contribution to documenting one of the greatest social problems ever to confront America has yet to be properly acknowledged, and probably won’t be for years to come, although he already has a more than worthy successor in AK Nation. 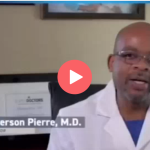 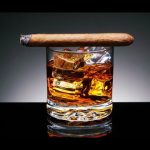