The so-called Squad has been a source of both amusement and annoyance to Republicans, and at times even more of the latter to Democrats. Although she has always been its most prominent member, the moronic Alexandria Ocasio-Cortez (and all the others) must take a back seat to Ilhan Omar.

The refugee from Somalia by way of Kenya has seldom been out of the news, and mostly not in a good way. One of the most outrageous claims made about her is that she married her own brother for immigration purposes. She has always denied this, so unless and until compelling evidence is unearthed, we should take her at her word, even though she did not and does not extend the same courtesy to the falsely accused Brett Kavanaugh.

Like other members of the Squad, Omar made a fool of herself over the claim that border agents had whipped illegal immigrants trying to enter the United States. Her condemnation was vocal; her apology never materialised.

And in February 2019, she landed in hot water over a claim she had posted an anti-Semitic message on Twitter, one that pointed out correctly that the Israel Lobby (that we are all supposed to pretend doesn’t exist) exercised a powerful financial influence in the United States. One may suggest this of the gun lobby, Big Pharma, or even China, but Heaven forbid any American politician utter anything against Israel. Surprisingly, Omar apologised for that message, and even more surprisingly, fell in line like all the other obedient Democrats signing a letter to support extending an arms embargo against Iran.

This didn’t please hard line Moslems, and in her draft bill the Brunei Human Rights Act, Omar has called sharia barbaric, which is a bit like a Catholic priest calling the last rites ludicrous. However, where she has most offended strict Moslems is her overt endorsement of so-called LGBT rights.

Contrary to the claims peddled by most anti-Islamic bigots, the religion does not persecute homosexuals. Rather it seeks to keep homosexuality out of the public space. This is why four witnesses are required, something that is unlikely if homosexuals practise their perversion in private. Until the Wolfenden reports of the 1960s, the situation was very much the same in Britain. Homosexuals who solicited other men for sex would be dealt with severely, otherwise they were generally left alone. In 1810, the authorities in London raided a molly house – a homosexual brothel – known as the Vere Street Club. The following March, two of those arrested were hanged, including a seventeen year old.

Earlier this year, Farid Mohammadi and Mehrdad Karimpour were executed in Iran. Most media reports allude to them as “two gay men”. However, a little digging reveals there was a third party involved, a 16 year old boy, the victim of these two “gay men”.

Returning to Ilhan Omar, she has been seen dancing at “Pride” events, including with transsexuals, something that has drawn the ire of The Muslim Skeptic.  Omar is one of a number of prominent Moslems featured in a lengthy video called The Dark Legacy. Narrated by Daniel Haqiqatjou, The Dark Legacy makes out a strong case that Omar is allowing herself to be used by a powerful political lobby that is intent on subverting Islam. After all, Moslems are not targeted by the pork industry, nor by the alcohol industry, so why the homosexual network with its ever expanding LGBTQI…?

For strict Moslems, homosexuals are the People of Lut, the Islamic version of Sodom and Gomorrah.  As will be recalled from the Old Testament, God destroyed these cities because of the depravity of their inhabitants; Lot and his family are told to flee and not look back, but his wife does, and is turned into a pillar of salt.

It remains to be seen if anyone is planning such a fate for Ilhan Omar, but it is one thing to annoy Republicans and Trump supporters, it is quite another to incur the wrath of those who regard apostates as valid targets for assassination. Death threats from trolls can be laughed off, but not those from Islamist fanatics.

If people could mind their own business about what others do and say in private the world would be a far safer place. And ditto to those who feel that what they do and what they support has to be shoved in other people’s faces.

I find this possibly lethal personal attack on a US politician beyond description, and puts ‘the duran’ and its media practice unfit for human consumption.

Omar touched the third rail and henceforth, unless she believes she can make an honest living outside of her grifting profession, she’s radioactive and pliable by the globohomo puppet masters.

And some men, like you…for example, are not moronic??? Got something against women? 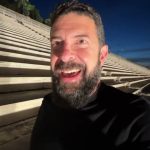