Not that there is any such thing as a hate crime, as opposed to what, a love crime? It is noticeable though that while some such crimes – real and imagined – generate enormous publicity and at times even more outrage, others generate hardly any.

The Jussie Smollett hate crime hoax was one such incident. Although it was dubious from the outset, it never lacked for publicity. Nor did the alleged whipping of illegal Haitian immigrants at the southern border. Although to the uninitiated it looked as though the border agents were indeed whipping the migrants in the river, a closer look shows them to be using their reins to control their horses.

One person who couldn’t resist peddling the “racist” whipping narrative was Ilhan Omar, a Somali immigrant who seems to have nothing good to say about her adopted country, but not everyone is too afraid of being branded racist to call her out. Donald Trump for one, and the Gravitas programme that accuses her of an anti-Indian bias. Not racism, surely? This report on Omar’s double standards is hilarious.

Ilhan Omar is of course a Moslem, one who never stops whining about how much Moslems are hated, but who do Moslems hate? Homosexuals, at least some of them do. While no one should be condemned for disapproving of male homosexuality, it is one thing to express mere disapproval or even revulsion, and another entirely to express such revulsion with a knife.

In June 2020, three men were stabbed to death in Forbury Gardens, Reading. All were homosexual, which was obviously no coincidence; apparently this park is well known for cottaging. If you are not familiar with that word it means homosexuals soliciting (anonymous sex) in public, often public toilets, but some parks are notorious for it, as is Forbury Gardens now, for another reason.

The knifeman was Khairi Saadallah, a Libyan asylum sneeker. When he was sentenced at the Central Criminal Court, the BBC alluded to him in a quote as a terrorist whose foul deed was an “act of religious jihad”. Curiously though, the word homosexual appeared nowhere in its report, nor did the word gay. The homosexual Douglas Murray points this out in his Spectator articles as does the emphatically heterosexual historian Simon Webb in one of his YouTube vlogs.

The Gay Times website was one of the few sources that acknowledged this, but even correspondent Sam Damshenas couldn’t resist a bit of ad libbing with LGBTQ+ community mourns “proud gay men” killed in Reading terror attack. Proud – of engaging in perverted sex with other men in a public park? Get real.

Again, you can call this a hate crime, but terror, no! Sodomy is capital under sharia, as it was in England until the Nineteenth Century, but four witnesses are required for the act. What does that indicate? That the prohibition is a means of social control, keeping especially young men on what is literally the straight and narrow.

Finally, just in case you thought racism was a black and white issue, last month, the Metropolitan Police reported that an individual described as “A man from West London” had been convicted of inciting racial hatred against “certain ethnic groups” in Nigeria on social media. This “man from West London” has the very Anglo-Saxon name of Adeyinka Shoyemi. He was given a hefty four and a half years, which begs the question, what sentence will be handed down to the people who are currently inciting our governments to murder Russians instead of doing their level best to stop this insane war? Don’t hold your breath waiting for an answer.

Clearly the writer isn’t black, gay, disabled or muslim. Just a priviliged white guy with a bloody big chip on his shoulder.

A gratuitous insult is all that that Cultural Marxist deserved, as a reply.

Do people spit on you when you walk down the street, Kara?

You should change your name to “Hata”. 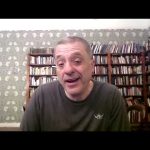 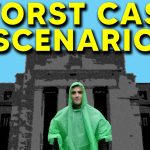