We’ve all heard of fake news, and increasingly even ordinary people are learning how to recognise it. Fake history can be more difficult to detect, especially when it is presented by people who have letters after their names.

Fortunately, people are waking up to that too, and there are quite a few debunkers active, especially but not only on-line. One of the most active is Simon Webb, who has many strings to his bow but is first and foremost an historian. His official website contains information about the man himself, and details of his books, but he is most active on his YouTube channel which currently has just under seventy thousand subscribers.

Of  late, he has been vlogging quite a lot on race and racial issues due to the outrageous indoctrination of especially the young being undertaken currently by the BBC. One of his targets is Mary Seacole. This famous nurse has her own website. Although born in 1805, well before the abolition of the international slave trade, she was a woman of some substance, and led quite an exciting life. And although she was and is considered, the greatest “Black Briton”, she wasn’t really British, and never regarded herself as black. Indeed, she appears to have regarded blacks with some contempt. Her official website does not contain her autobiography, and the British Library explains why:

“Its tone is frank, bustling, patriotic. It’s also largely free of sentiment or references to ethnicity.”

Perhaps that last sentence should read: “It’s also largely free of sentimental references to ethnicity”, because inter alia the dreaded N word (lower case) appears in the book no fewer than six times. She is said to have written it after going bankrupt, so the claim on her website’s homepage that she “overcame racism and injustice to nurse soldiers during the Crimean War” isn’t quite true. In fact, none of it is true, because not only was she well-treated in Britain, she didn’t nurse soldiers in the Crimean War either!

If Simon Webb isn’t impressed with this “woman of color”, he is even less impressed with a certain type of white woman. Australian feminist Van Badham once said of feminism that it is a movement for equality that has never thrown a bomb or fired a gun. She was wrong on all three counts, especially  the second. In 2014, Simon Webb published The Suffragette Bombers in which he documents a terrorist campaign that has been conveniently written out of history.

Simon Webb’s recent vlogs include debunkings of the “black” Queen Charlotte, ancient African “civilisations”, and the man many people think is the President of the United States.  Check him out, before he is taken down by Big Tech. 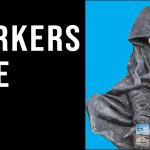 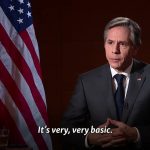