October is Black History Month in the UK, and according to Aamna Mohdin writing in the Guardian, there is a lot to celebrate. The reader is told there is “a renewed focus on black British resistance to racism – inspired in part by last summer’s Black Lives Matter protests” and that this “celebrates key figures who have made substantial contributions to the country”.

Those living on planet Earth rather than in some “anti-racist” wonderland will remember things differently. The Black Lives Matter protests were estimated to have caused two billion dollars of damage in the United States alone. Hundreds of people were injured, including police officers, and more than twenty people were killed – read murdered. And over what? An act of apparent police brutality against one black suspect, an admittedly fatal incident, but one that was carefully and deceitfully spun to make it appear to be something it was not. Then there was the little matter of Black Lives Matter co-founder and self-styled trained Marxist Patrisse Cullors purchasing not one but four luxury homes while Black Lives Matter local chapters protested they hadn’t seen any of the massive donations made to the movement. Suckers come in all colours.

As for the key figures who have made substantial contributions to Britain, who might they be? One is a black headmistress. There are well over twenty thousand schools in the UK, and every single one has a head teacher. There are well over a quarter of a million primary school teachers alone, the vast majority of whom are women, so although it is a worthy personal achievement, becoming a headmistress is hardly a substantial contribution to Britain or any country.

An article by Alicia Adejobi in London Metro is even sillier, and draws some unflattering comments from the historian Simon Webb. According to Miss Adejobi, two of the great Black contributors to Britain were Mary Seacole and Smiley Culture. Webb has debunked the nonsense currently being peddled about Mary Seacole; as for Smiley Culture, he was a fairly talented musician who had a hit with a novelty song, faded from view, and committed suicide in tragic circumstances. Contrary to what Miss Adejobi appears to believe, there was nothing mysterious about his death.

So what have been the outstanding contributions of blacks to Britain? Very few, especially if one includes only historical figures, ie dead people. The reality is that blacks have contributed virtually nothing to the hard sciences; the fields in which they excel are music, sports, and increasingly, business. That being said, these are outstanding contributions, and Negrophiles would do better to acknowledge them rather than weave fantastic stories about mythical black inventors and scientists, like the ludicrous claim that a black inventor gave us the light bulb.

Bar Marcus Garvey, the following chronological list is of black Americans, by far the greatest achievers.

Booker T. Washington (1856-1915) was the President of Tuskegee University from 1881 until his death at the relatively young age of 59. Unlike later generations of black race grifters, Washington realised the best way to empower blacks was to educate them. In 1896, he hired George Washington Carver to teach agriculture at the Institute. Washington worked with white philanthropists and politicians to advance his agenda. In 1901, he became the first Negro to be invited to dine with the President at the White House.

Madam CJ Walker (1867-1919) is the only woman on this list, and a truly exceptional one. She was born Sarah Breedlove, the daughter of two former slaves. Orphaned at the age of seven and a widowed mother by the age of twenty, things could hardly have got worse when her hair started falling out. Strangely, this was the making of her; it inspired her to develop a line of cosmetics that turned her into a self-made millionairess.

Remembering where she came from, she used her wealth to promote the financial empowerment of black women, rather than whine about how oppressed she was. Although she left an inspiring legacy which lives on, one can only wonder what she might have achieved had she not died at only fifty-one.

Marcus Garvey (1887-1940) began his political activism in 1914 with the launch of the Universal Negro Improvement Association. Although he never visited Africa, Garvey believed blacks should move back there. This had been a popular idea from the early days of the anti-slavery movement, indeed, Thomas Jefferson advocated this. Like Booker T. Washington and all great black thinkers since, Garvey believed education and financial empowerment were more important than platitudes about equality and ludicrous affirmative action laws.

Because of this, Garvey was prepared to work with white supremacists, including the Ku Klux Klan when he moved to the United States. Although today the Klan is regarded rightly as a comic book outfit, at one time it enjoyed enormous support from ordinary whites. In 1923, Garvey was convicted of mail fraud in connection with his shipping project Black Star Line. Whatever the merits of that conviction, it is curious that so many right wing “agitators” are accused of financial crimes or sexual ones while those on the left get a free pass. Whatever, Garvey’s sentence was commuted and he was deported back to Jamaica where he retained massive support. In 1935, he moved to London, which he had visited as a young man. He died there in 1940.

In spite of his apparent lack of political success, Garvey has been a vastly influential figure, including on the Nation Of  Islam. He was a man ahead of his time, or perhaps a man who saw how things had been in the past and should be in the future.

It may be interesting to exhibit the achievements of a few Blacks imbedded in a White Culture. but if you want to know about black achievements as a whole you have to look at what Blacks do as an isolated racial group. For example, in Haiti or parts of Africa. 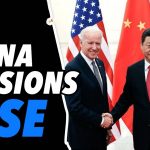 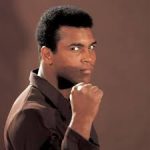