Shortly after it was widely publicised that Black Lives Matter co-founder Patrisse Cullors had acquired a larger property portfolio than that of her fellow “socialist” Bernie Sanders, she was interviewed by Mark Lamont (from the River to the Sea) Hill wherein she was fielded a number of softball questions, but nothing that could embarrass her.

Cullors explained almost tearfully how her newfound wealth was due to her multiple talents as a professor (though clearly not of history), an author, and, oh yes, her film career. Okay, she isn’t a big name director or an A List celebrity, but the white racist patriarchy pays all its film folk well. She blamed criticism of her comfortable lifestyle on right wing media, racism and sexism.

One must always exercise care when digesting mainstream media reports due to bias, poor research, or simple laziness, and while Cullors isn’t as big a target as Donald Trump, the media even lies about serial killers, as if a simple narrative of their crimes isn’t enough. Nevertheless, in this case there is plenty of fire behind the smoke, and an increasing number of blacks – “radicals” as well as ordinary people – have been voicing their concerns over Cullors, including Jayson Thornton, who unlike her has credentials in a real discipline: accounting.

On April 24, Mr Thornton uploaded a much requested half hour plus video to YouTube in which he went over the Cullors Lamont Hill interview, and although he stopped short of accusing Cullors and her movement of outright fraud, he stressed he would not be donating to it, and explained why, without mentioning the widespread destruction of property and loss of life these people have caused with their bogus crusade. His explanation is also pertinent to the way many crooked politicians and other hustlers dupe the public in order to live at their expense.

Step one: set up a non-profit.

Step three: hire the for-profit company to work for the non-profit.

In English law, a limited company is an entity in its own right, a person as it were, as established in Salomon v Salomon (1897). This principle has been extended to the entire English-speaking world, including India and the United States. Salomon converted his small business into a limited company; when it went bust, unsecured creditors lost their money. The case went all the way to the House Of Lords, and he got away with it, but generally, courts will lift the “corporate veil” when there is clear evidence of fraud. So imagine this, Patrisse Cullors or someone sets up a company, the company borrows money from a bank or more likely a group of investors (suckers), transfers the money to her, then goes bust.

People do this and get away with it, but it can be risky, especially with recent developments in company law. But Cullors and people like her are wise enough not to kill the goose that lays the golden eggs; instead of bilking investors, they solicit donations from gullible rich leftists, foundations, and ordinary members of the public, then in effect hire themselves at inflated salaries to carry out their charitable work, which for people like her includes making media appearances and lecturing the white American public about how racist they are.

To see how a mainstream if cranky politician can enrich herself with this sort of scam, check out this article about Elizabeth Warren and her husband, then ask yourself how many politicians of all stripes benefit from non-profits or hidden patronage from the financial and business elites. Apart from Jeremy Corbyn – who won’t die rich, and Donald Trump – who may have lost as much as two billion dollars during his Presidency, there must be quite a few. Murray Rothbard covered this sort of thinly veiled corruption in his classic 1984 speech on the Federal Reserve.

Returning to Cullors, it is heartening to see so many American blacks are now waking up to how they are being scammed, and more importantly, used. As of May 5, the Jayson Thornton video had attracted 875 likes and only 11 dislikes. Some of the comments, many from clearly black viewers, are enlightening. Here are a few:

“Profiting on our peoples plight. But will we see it and come after those who do this and have been doing this??? Probably not. Thank you brother. I appreciate your work here.”

“Wow. She played the race and sex cards. I can’t believe she didn’t drop the lgbt card for the trifecta. ”

“Her answers are ridiculous, which is very problematic because she actually wrote these down beforehand.

Marc Lamont Hill is a sucka for trying to legitimize this foolishness.” 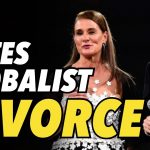 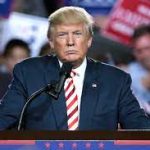