At last, the penny has dropped about this pernicious organisation. On April 13, Patrisse Cullors appeared on a Zoom conference with a number of black journalists along with veteran idiot professor Angela Davis.

The purpose of this conference was to explain away the missing money, which in case you didn’t know is around sixty million dollars raised principally off the death of George Floyd.

A small part of that Zoom conference was played by Roland Martin the following day on his YouTube channel. Martin once worked for CNN, so anything he says should be taken with a grain of salt, or maybe a boulder. Nevertheless, although he and others attempted to deflect part of the criticism to “right wing media”, he did make some concessions. While pointing out that Cullors left Black Lives Matter a year ago (without pointing out the reason for her resignation) he was less than sympathetic to whoever is running the organisation now.

His viewers were even less sympathetic. The following are verbatim, mostly humorous comments from his overwhelmingly black audience.

Main Kamra: “So many black folks are homeless in America and they buying a 6 million dollar property to organize protest? Where is the $90 million dollars donated by White people?”

Just lost all your serious support”

Michael Schaefer: “They have had NO financial transparency on a national level since they started.  I’ve never seen any nonprofit get away with such blatant violations of transparency standards for charities.”

MediaVideos (in reply to Michael Schaefer): “She has also deleted her YouTube channel, why would she do that if she’s got nothing to hide?”

Blaq 1: “You Bought a 6 million dollar House but not One Youth Center or Training Center Enough of the Scams and Lies.”

green byrd: “Con artists. There is no way to spin their way out of this.”

(Tamir Rice was a 12 year old black kid in Cleveland, Ohio who was shot dead in a park by a police officer. He had been waving  a toy gun around.  Along with other grieving mothers, Samaria Rice has been extremely scornful of Black Lives Matter).

It’s Great: “I wouldn’t give a dime to those BLM scammers.”

kngston20:  “Soon as they get the money they run up to be next to zaddy and spend 6 million dollars, yet claim they are Marxist, this is an alphabet-funded do-nothing organization.  These folks could not make 600 dollars honestly if you spot them 590 dollars, they have no cred.”

Mine Only: “She sounds ridiculous BLM is not on the level of well established charitable organizations because they have not done anything but cause trouble. There was violence all over the country but they somehow place their headquarters in a neighborhood where crime is little to none and call it a ‘safe space’?They had to know how the public would perceive this and there needs to be more transparency with how funds are being spent and allocated. A 6 million dollar mansion? You can not blame an opposing political party for the mismanagement of donations. Do better!”

In Black America Radio: “BLM was and always was a gay organization that used the historical suffering of Black people to push agendas that doesn’t benefit Black people.  The movement was used to push people to vote democrat which is why ‘woke’  ‘BLM’ and the rioting (for the first time in my life) was supported by the media which I found strange.   That’s why the democrats was scream defund the police and all that fakeness until they got in power and switched it up on you.  The whole BLM thing was a farce for Black people but did a lot for the rainbow crew.”

Michael Baker: “This is why Black people can not get anywhere. The leaders here have spent the donations on themselves and said SCREW THE REST!”

joel driver: “I am really having a hard time understanding how the founders of BLM aren’t in prison now that it has come out officially and publicly that they are spending millions from donations for real estate for themselves in all white neighborhoods and also on lavish vacations for themselves.  That’s called FRAUD. Jim Bakker who was a televangelist who did the exact same thing spent many years in prison for the same thing.  How in the hell are these women not in prison??”

And the winner, short, to the point, is Jason A who commented:

“Racking in so much got to have 3 chapters.

…and NONE of them name the Jew…

BLM must be eradicated, like rats! These blacks are totally evil. 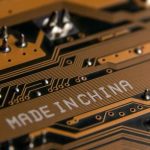 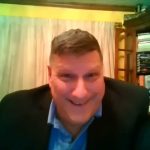