The recent meltdown by Patrisse Cullors and her lies about Candace Owens have led to her actions since the founding of Black Lives Matter being put under the microscope. Most of this scrutiny has been from black Americans on YouTube, and they are by no means all conservatives.

The New York Post has examined the organisation’s tax filings which reveal that Cullors, who held its purse strings at the material time, had paid “eye-watering sums” to her brother, the father of her child, and others in her immediate circle. Paul Cullors is said to have received $840,000 for “security services”. Indeed. When Candace Owens turned up at the Cullors home – one of them! – she was greeted by a white security guard.

If it isn’t clear yet, let’s spell it out, Black Lives Matter is a RICO. Cullors and her chums used a method described by accountant Jayson Thornton to launder money by especially non-profits.

Black Lives Matter is said to have invested $32 million in the stock market, which may sound crooked but is a bona fide method of generating an income to guarantee its future work, assuming it carried out any charitable work.

Aside from that, many people seem to think Cullors and company simply plundered the funds that poured into it especially after the death of George Floyd. They didn’t, but in the eyes of some people, what Cullors did with much of that money is far, far worse. Mr Palmer is a black YouTuber who calls himself a fathers’ rights advocate. On May 20, he held a four hour plus livestream in which he played parts of recent videos uploaded by Susan Woods, a financial consultant who specialises in non-profits. She has been investigating Black Lives Matter since June 2020.

She reveals that apart from the Cullors charmed circle, the major recipients of Black Lives Matter funds were not specifically black organisations but LGBTQIA ones, in other words, organisations that support sexual perversion. Thirty such organisations received a total of $21.7 million, 23 of them led by homosexuals/lesbians or similar.

One such organisation is the Marsha P. Johnson Institute. Marsha, also known as Malcolm, was a black drag queen who committed suicide or was murdered in 1992. Not quite in the Ben Carson class as a role model, was she?

It goes without saying that Mr Palmer is hot under the collar on account of this betrayal as are many other blacks. He and they see Cullors and her gang as raising money off the suffering and deaths of black men to fund ideologies that are opposed to everything they stand for, including and especially stable two parent households.

Just in case you forgot what Black Lives Matter really stands for, here they are in their own words;

“We affirm the lives of Black queer and trans folks, disabled folks, undocumented folks, folks with records, women, and all Black lives along the gender spectrum. Our network centers those who have been marginalized within Black liberation movements.”

Susan Woods is continuing her work, but there are signs that the game may be up for Cullors and for her former organisation – she resigned last year saying she had completed her work with Black Lives Matter and now it was time to move on, but she may soon have to answer to the Attorney General of Indiana among others. No doubt she will continue to cry racism and sexism, but Susan Woods is confident that Cullors will eventually end up in handcuffs. Unless that is, she is being protected by the same people who are protecting Hunter Biden.

Eric Hoffer said that every cause started as a movement, then became a business, and finally degenerated into a racket. It looks like BLM simply skipped the first two phases. 🙂

lgbtq, sexual perversion??? dude. fuck YOU, id kick your ass if you said that in front of me. who the fuck died and made you the moral prefect? dumbass. id fucking ban you if i ran this site. too bad i cant give you negative stars. fuckin asshole, you d better fucking learn who your enemy is cause youre batting a negative now, and destroyed any credibility you had fuckface

The DarkMan stated “…….but LGBTQIA ones, in other words, organisations that support sexual perversion.” His statement is absolutely correct, but very diplomatic and quite reserved, as far as I am concerned. The LGBTQIA movements supporters are suffering from mental illness and also moral sickness. Many of these degenerates are grooming children within State Institutions in the West, and a P for Paedophile needs top be added to the alphabet soup degenerate Cult, known as LGBTQIA!  You have used threats of physical violence against TheDarkMan, for him simply speaking the Truth!   You fail to realise that many Family Men are absolutely… Read more » 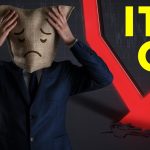 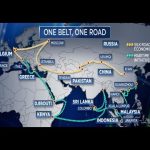