The danger of following narratives blindly instead of thoroughly investigating facts and considering alternative hypotheses is nowhere more evident than in feminism and associated so-called social justice disciplines. Now in its third wave, feminism is basically a victim narrative, indeed it has always been one. The garbage currently being peddled to the masses about critical race theory is similar. The result of this has been none too bright people, overwhelmingly women, being given carte blanche to impose their ludicrous ideas on impressionable young minds, and even more importantly, the exclusion of dissenting voices which are said, generically, to be all about “hate” and nothing more.

America has more than its fair share of idiot professors, not all of them women, but here are a few.

Angela Davis: the privileged daughter of two graduates who took piano lessons as a child and narrowly escaped a terrorist related conviction that would have seen her spending the next half century behind bars. Davis was married briefly but became a lesbian because during her stint with the Black Panthers, Huey Newton told her to make the tea and keep her mouth shut.

Peggy McIntosh was the idiot professor who came up with the concept of white privilege. Whether or not she originated the term, her ludicrous essay on the invisible knapsack has been extremely influential. You can read a bit about McIntosh here, but basically she was an extremely privileged white woman who attributed this privilege to the colour of her skin instead of to her father’s genius. Winthrop J. Means worked for Bell Laboratories and was the owner of a number of patents.

Here is a shorter refutation of this upper class white woman by a working class black dude who unlike her knows what he is talking about.

Although Kimberlé Crenshaw is a lot younger than Peggy McIntosh, she can rightly be called a contemporary. She espouses the same idiocy but added intersectionality, the totem pole of oppression.

Ludicrous though the ideas of McInTosh and Crenshaw may be, they pale by comparison with post traumatic slave syndrome, the brainchild of Joy DeGruy who published a book on this subject in 2005 with a second edition in 2017. A dude named Omar G. Reid came up with a similar mythical disease: post traumatic slavery disorder.

According to Professor DeGruy, all black failure and criminality in the modern world can be blamed on the suffering of their ancestors, something that does little to explain black success stories, especially in the fields of music, the arts, entertainment, sport, and increasingly, business.

Finally, and this one is very topical, unless you have been living under a rock, you will be aware of an incident at the Oscars which saw the actor Will Smith assault the comedian Chris Rock while the latter was presenting awards. Many people thought this assault was staged, but it appears to have been genuine. Many of those who realised it was genuine were outraged. Enter Maia Niguel Hoskin PhD who blamed the backlash on, are you ready for this? White supremacy.

Tom Fitton of Judicial Watch has a very different opinion, saying Smith should have been charged with assault and claiming that he hasn’t been because of celebrity privilege. Will Smith has an estimated net worth of $350 million, so what would be the point of fining him? A  trivial assault of that nature hardly warrants a prison sentence. Smith  has already suffered – if that is the word – a great deal of social ostracism, and has resigned from the Academy, but his treatment has nothing whatsoever to do with race. There are many black celebrities out there with far worse track records than Smith who have been given a free pass, including convicted rapist and thug Mike Tyson. It may just be that Hollywood and the world expects higher standards from the likes of Will Smith than from ill-bred thugs. Either way, neither white supremacy nor race has anything to do with it, and only a woman with letters after her name could believe otherwise.

Mike Tyson is not a thug, to this is an abuse.

Yes he is, he assaulted a motorist for no good reason and ended up behind bars on account of it.

How can you have “free pass” and “convicted rapist” in the same sentence? The mere fact that Tyson was convicted indicates that he didn’t receive any free pass.

If you are as ancient as me you will recall that from the moment of his conviction for rape, the boxing world was clamouring for his return. He still pops up here and there as a sports commentator. 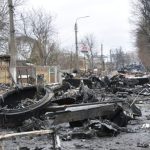 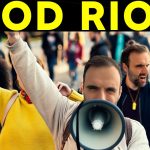