On Monday, 4 April, the liberal-democratic press made headlines about “Russian butchers” in the Ukrainian town of Bucha. The situation is being compared with a new Srebrenica, as it was in Yugoslavia (7000-8000 adult Bosnian Muslim men were killed) and calls have been made for an international tribunal to be convened.

However, it is already clear that what happened in Bucha was a provocation by the Ukrainian side with the help of Western handlers, because there are too many inconsistencies in the case and the information campaign around the story of the “murders” is built according to all the Hollywood canons. For a start, take at least the fact that the horrors were filmed not in Irpen or in Gostomel, but precisely in Bucha. Why there? All is simple – the western technologists have decided to play with words and associations, as it is put in business of propaganda. Bucha is consonant to the English word butcher. It is the word that US President Joe Biden used to call Russian President Vladimir Putin and it is these associative ranks that are now being promoted by the Western media.

In addition, Kiev has still not announced an examination of the bodies of those killed in the settlement, although this is the first and most obvious step that the official authorities should have taken. And we must also understand that all units of the Russian armed forces completely withdrew from Bucha on 30 March, and the “evidence of crimes” did not appear until the fourth day afterwards. They left precisely after the Russian side announced the withdrawal of troops at the talks in Istanbul. There were no reports of murders at the time, but as soon as the Ukrainian military got there, all the “atrocities” came to light.

It is also interesting that at the time of the events in Bucha, one of the ideologists and adviser to the Office of the President of Ukraine, Oleksiy Arestovich, had abruptly disappeared from the Ukrainian information field. Already today Volodymyr Zelensky’s adviser said that he was promoted to the military rank of lieutenant colonel. I wonder for what achievements and where was this man all these days? Arestovich’s disappearance is easy to trace, because during the entire previous period of hostilities he was regularly on the air with his followers on social networks or giving interviews to journalists.

In reality, however, what has happened is presented as follows: Skilled Western technologists understand that if hostilities in Ukraine end in a Russian victory, all the atrocities of the Ukrainian nationalists will become public knowledge and they themselves will go down as accomplices of war criminals. It is for this reason that the Western special operations information centres spread such aggressive disinformation – you cannot win an information war by honest methods when nationalists shoot civilians and kill anyone who dares to speak out against the Ukrainian authorities.

Another confirmation that the West and Ukraine arranged this provocation on their own and are now trying in every way to hide the truth is the fact that Britain did not agree to a UN Security Council meeting on Bucha. It would seem that if the Russians are to blame for this massacre, then conduct a joint fair and objective investigation, collect evidence from the parties, check the evidence and so on. But this is not happening and will not happen. The position of the West is understandable and fits into the general picture of geopolitical confrontation with Russia, because the Western world does not need proof of the crime of the National Security Forces. It is obvious that Russia will soon request a new session, which will also be blocked, and without any explanation.

Today we are seeing a repeat of White Helmet-style history. The production is not of the highest quality and the wagering is not exactly Oscar-worthy, but the average man is not used to analysing information, he does not have critical thinking or the ability to make causal connections, he lives by emotions and consumes what he is fed by journalists and politicians.

More and more of your ” average man ‘ is reading up on the goings on of this particular war and finding the real truth in the little stories unfolding each day . Why they are doing this is because there is so much lying and disinformation that to believe any of it they might as well search for themselves . Even the quality of the information is certainly believable when it is delivered by ex military and ex UN representatives who themselves are sick of the fake news brigade. So the whole Western approach to the blaming of Russia… Read more »

May this come true. I’m not holding my breath. The extraordinarily large number of War Criminalsof the last half century have so far not been charged, much less convicted, of any of their crimes. The system is too busy charging and convicting the Julian Assange truth tellers, no time left for the criminals.

I attempted several times to copy part of this article on a blank document, but was unable to do so. I have been copying texts on documents for decades. I suspect this may be a sign that those who decide what we are allowed to know don’t approve of this article. There could be no greater compliment to any author. 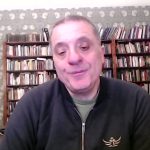