Feminism is presented to the world by its advocates as a benign movement for necessary social change. In reality it is no such thing. The Australian feminist Van Badham said it is a movement for equality that has never thrown a bomb or fired a gun. She may well believe that, but she is wrong on all three counts. Although the first wave of feminism, the so-called suffragette movement, is probably best known for one of its activists throwing herself under the King’s horse at the 1913 Epsom Derby, few people realise there were also suffragette bombers, and that at times they resorted to arson attacks.  That same year, a number of others were arrested for participating in a nationwide arson campaign.

At this time, women had far more important issues than voting rights. The suffragettes were largely middle class and upper middle class women who wanted for nothing in their modern world, but childbirth was still relatively dangerous for the mother as well as for the baby. Improved sanitation, improved nutrition, and later the fortification of bread, did more for women’s welfare than these champagne socialists ever did.

Second wave feminism which started around the mid-1960s, was also known as women’s liberation. This did much to persuade especially American women that they were victims instead of the most privileged generation that had ever lived. Pornography was attacked as a form of violence against women, even as some women were making big money for simply taking off their clothes and being idolised by millions.

We are now well into the third wave of feminism, and some claim there is a fourth wave which exists primarily or exclusively on-line. The latest generation of feminists has found even more ways in which women are supposedly oppressed by the mythical patriarchy. So how and why is feminism so bad? Leaving aside the examples given above, there are five reasons:

Semantics are the words and phrases we use, and rhetoric is the way they are assembled to argue a viewpoint. Factoids may be carefully chosen, out of context, or just plain wrong. Feminists love statistics,  Laura Bates in particular can spout them all night, but without context they are often meaningless, and are just as often made up, sometimes on the spot. A narrative is a story; it may be true or totally manufactured, often somewhere in between, but again, context is important.

Here is an outrageous example of dishonest semantics and deceptive rhetoric from Justice For Women. Earlier this year, they published a report and held a Zoom meeting called Women Who Kill: How The State Criminalises Women We Might Otherwise Be Burying.

This is an incredible piece of rhetorical dishonesty; the women who kill have murdered men, and the state has failed them by locking them up! The recent case of Emma-Jayne Magson illustrates this perfectly; this is a woman who stabbed her lover through the heart, pretended he was simply drunk, sent away his brother and neighbours, then, because she could hardly avoid it, phoned for an ambulance after a delay, and sat watching him die.

She was rightly convicted of murder, but due to the machinations of Justice For Women, she was granted an appeal, and after her conviction at a retrial, she is still being touted as the victim, rather than the dead man. Incidentally, the name Justice For Women was chosen deliberately to give the impression this organisation really is about justice rather than advocating for convicted killers. This kind of dishonesty is rampant in the political arena; it is all very good to mouth the slogan Black Lives Matter, but combined with riots on an international scale, massive destruction of public and private property, and the deaths of many people, some of them black, it smacks of insincerity.

Another murder case that was championed by feminists and their fellow travellers is that of cold-blooded killer Cyntoia Brown who was released from prison in August 2019 after a high profile campaign by misguided celebrities. A decade after she murdered Johnny Allen, Brown was presented to the world by Democracy Now and others as a victim of child sex trafficking who had killed her rapist. These are facts both out of context and wrong to create an entirely false narrative. For one thing, Brown lied to the police about her age, and almost certainly lied to Allen as well. (In England, she would have been above the age of consent). For another, she and Allen never actually had sex; she shot him in the back of the head as he slept in his own bed, then robbed his home. The murder weapon was the gun she carried in her own purse; how many trafficked underage girls carry guns? It was claimed that she was forced into prostitution by Garion McGlothen; she had been living with him, but had run away from home to do so, and could have gone back at any time.

For statistics, let us consider something innocuous, the mythical gender pay gap. How many times have you heard the claim that women make only 85 cents on the male dollar, or something like that? The reality is that it has been illegal to pay women less than men – FOR THE SAME WORK – in the UK since 1970, and in the US since 1963. So where do these statistics come from? The answer is that earnings and work are extremely nuanced. How many women bricklayers have you seen? Precisely!

Men and women make different career and life choices, so earn vastly different amounts. That being said, there are plenty of women in highly paid professions, including the law. Different patterns of earning and work choices can be found across all populations including by race, nationality, geographical area, religion, and of course age. Have you ever heard of a thirty year old supreme court judge?

Feminists ignore all nuance – when it suits them – and continue to whine about how bad women have it in the United States, in Europe, everywhere. But the fact that they are wrong or outrageously dishonest on so many issues doesn’t mean they are not successfully pushing their perverted ideologies. Don’t be taken in by feminism, and don’t bow to  the howling mob.

For readers who may be feeling somewhat confused and alone in their thoughts:

Never said that, but women have agency for their bad acts just like men.

Feminism is a tool for population control.

I cannot believe some idiot editor gave you a platform to speak- you literally used the same “techniques’ in your argument you claim feminists use to further their agenda-like these: “Feminists love statistics”, “Feminists ignore all nuance” you have much to learn about feminism. its anti-sexist, not anti male

You need to look behind the rhetoric; feminism has been called a female supremacist movement, certainly it believes women have no agency for their bad acts because all evil is at root male. Do some proper research; start with the author of the SCUM Manifesto then take a long hard look at Justice For Women.

The ideas expressed in this article while true are currently considered heresy inside the academy which is being held hostage by woke ideology and its acolytes…. 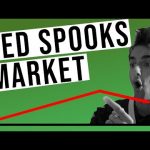 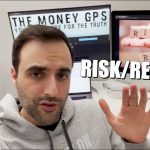