Two leading feminists have new books out, one about male entitlement, another about men who hate women. Be sure not to read them.

Said books were reviewed by Sophie McBain for the New Statesman on September 30. McBain is a regular correspondent of this magazine, so beloved of champagne socialists. The books concerned are Entitled by Kate Manne and Men Who Hate Women… by Laura Bates, (not The Men Who Hate Women as reported here). You can read excerpts from both on Amazon.

Manne is a feminist philosopher. She is currently paid to spew out this poison by Cornell University. Nice work if you can get it. Laura Bates (pictured) needs no introduction to feminism watchers on the other side of the Atlantic. Born in 1986, Laura has somewhat more humble academic qualifications; she is a mere English graduate, although she does have letters after her name. In 2015, she was awarded the British Empire Medal for, incredibly, “services to gender equality”.

As might be suspected, both books are victim narratives of the type women are from Venus; men are from Hell. If these women had studied history – real history – they might have come to different conclusions about male/female relations.

Manne’s book begins with the Brett Kavanaugh confirmation hearing, and as you might have guessed, it is Kavanaugh who is the bad guy. Of the Blasey Ford allegation she says: “Despite highly credible evidence that Kavanaugh had indeed sexually assaulted a fifteen-year-old Ford some thirty-six years prior, Kavanaugh’s nomination to the Supreme Court was confirmed by a slim majority.”

Is this woman really a philosopher? Okay, let’s take a deeper look at this case, then perhaps the reader will have a better understanding of what Manne and her ilk view as male entitlement and misogyny, ie any man who disagrees with them.

Ford’s claim, which dates back three and a half decades, saw her give no details of the venue where it allegedly happened, nor could she remember how she got home. Her testimony was indeed powerful, but so was the testimony of Susan Smith who drowned her two young sons in the back of her car. Many people find the testimony of Darlie Routier powerful, though a jury of her peers considered the forensic evidence against her more so, which is why she continues to languish on death row. In fact, Dr Ford’s little girlie voice has much in common with Darlie’s.

Incredibly, Kavanaugh, who might just be the cleanest man ever to have been elevated to the bench anywhere at any time, was able to produce alibi evidence from contemporaneous records. Even so, most people were prepared to give Ford the benefit of the doubt by suggesting the incident had indeed happened but that she had somehow put Kavanaugh’s face on the youth who had groped her. Ann Coulter of all people said that people will sometimes import public figures into their own memories, giving flattering but prosaic examples from her own experience. However,  when Ford was questioned by the experienced sex crimes prosecutor Rachel Mitchell, it emerged she had lied on two material points, but there was more to come.

Along with Ann Coulter, the vlogger Ali Alexander believed Ford to be an honest but mistaken witness, then he changed his mind. In 1997, Kavanaugh’s schoolfriend Mark Judge published a book in which he mentioned house parties of the sort described by Ford, but gave no details of the venue. After reading this book, Alexander reasoned that Ford had read it too, and built on it.

Finally, any hope any jurist of reason might have had of believing Ford was exploded when her attorney made a stunning admission about her client’s motivation for her testimony.

Manne also believes in white privilege, citing her fellow feminist academic Peggy McIntosh. Need more be said? Reviewer McBain hits the nail on the head when she points out “Misogyny does not affect all women equally…” Or to put it another way, some women are less likeable than others. Isn’t that the real problem?

Laura’s book is said to be published officially in March next year; there is no preview on Amazon, but there are reviews, including a lengthy 2 star review from verified purchaser Philip Jones who makes some serious counterpoints, one in particular:

“I have not had time to check all the statistics in this book but the one I checked at random concerning false rape allegations is wrong. The author states that men are 230 times more likely to be the victim of rape than the victim of a false rape accusation.”

He goes on to point out that this bogus claim is based entirely on the minuscule number of blatant false rape allegations that are actually prosecuted.

Here is a truly shocking statistic. According to its then Chief Constable, in 1981, there were 34 reported rapes in South Wales. And every single one resulted in a conviction. By contrast, there were 45 false allegations, all of which were admitted. A search of relevant newspaper archives reveals not one prosecution of a false rape allegation in that area for that year. How much worse must it be now when so many women are “empowered”, shielded by anonymity, and literally encouraged by rape crisis centres to make false allegations?

Less than one in four MPs is a woman.

Women make up one fifth of the membership of the House of Lords.

Four out of 35 Lords Justice of Appeal are female.

In the arts, only 15% of listed statues are of women.

Fewer than one in ten engineers is female.

It isn’t clear entirely if these figures are for England and Wales or the entire UK, but let us assume they are correct. What do they prove? Well, the last one proves that manicured fingernails and sewage pipes are a bad combination. The people who are called out at all hours to keep the water running, to fix gas leaks, to climb up telephone poles or pylons, and to dig up the pavement for various reasons, are overwhelmingly men.

Men die younger than women; the vast majority of workplace fatalities are of men; there are far more of them in prison, and more commit suicide.

There is however one woman who has been at the very top of her profession for a staggering 68 years. The Queen of England is now 94 and still puts in a full workday which entails – covid-19 excepted – shaking hands with people she may not like, addressing the nation, keeping up appearances all the time, answering correspondence…you name it.

This is the other side of privilege, male or other, service. How many women would change places with Elizabeth II, even if they could live to her age?

The greatest irony here is that Laura Bates, Kate Manne, and their fawning reviewer are three of the most privileged human beings ever to have walked this Earth. The fact that they are able to do so in relative safety, that Laura did not die in childbirth, and that they are able to whine to people on the other side of the world about their oppression is due entirely to men.

Of course the UK tends to be the leader in cultural trends led by the BBC: 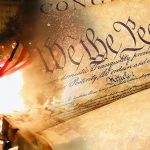 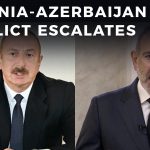