How do the police investigate crimes? That can vary, many petty crimes go uninvestigated because the police don’t have the time and resources to do so, although strangely they always seem somehow to find the resources to investigate “non-crimes”, and who can forget that ludicrous incident of the “nooses” in the park?

What about rape though? Rape is one of the most serious of crimes everywhere, and can earn a perpetrator serious prison time. If a rape is reported promptly, the police have an excellent chance of bringing the rapist to book, because a rape always leaves physical evidence in this day and age with DNA and related testing, not to mention CCTV, cellphone tracking, and all manner of other things. But if a rape isn’t reported promptly, the police are supposed to…believe the victim?

Enter Annie Walker who was raped by a guy she met at a Sacramento bar in 2019.  It remains to be seen if this is her real name, although she is probably not a Coronation Street fan, and is too young to remember that Annie Walker in any case. According to the lady herself, she woke up one morning covered in bruises but with total amnesia. The only thing she could remember was meeting a dude at this bar, then…blank. But, memories began returning to her in tranches: he shoved her against the bar, She reported this to the police a week later. Then later still she remembered, or thought she remembered the guy putting a gun to her neck.

She says the police were not happy with her story, and eventually the case came to naught, but enter white knight Jim Hopper, that most dangerous of individuals, an idiot with credentials. Hopper opined on the Blasey Ford case, the one which saw this apparently credible and distressed middle aged mother testifying before Congress about how she had been the victim of a rape attempt by Brett Kavanaugh three and a half decades previously. She was unable to give any details of the address where this attack allegedly took place, but Jim came to the rescue. In an October  2018 blog post for Scientific American no less, Hopper asked: “why can’t Christine Blasey Ford remember how she got home?”

Then he launched into a complex neurological explanation about her trauma. Sex crimes prosecutor Rachel Mitchell who was brought in by the Republicans to question Dr Ford was able to show she had lied about material facts, but it took Christian Armageddonist Ali Alexander to fathom the real reason. One of Kavanaugh’s old school chums had written a book about his salad days in which Kavanaugh and partying figured heavily, but he had omitted important details like addresses. Ford had clearly read this book and created a fiction around it. And to cap it all, her attorney went on to as  good as admit she had indeed fabricated the incident to discredit Kavanaugh if not to keep him off the Supreme Court.

Does this mean Annie Walker is also lying? No, of course not, but there are so many holes in her story, and memory is so fallible that the police cannot be blamed for not taking her as seriously as they might have.

First up, if she even suspected she had been raped, she should have sought medical assistance immediately. A rape kit would have recovered forensic samples, and there was also the question of injuries and infection. She does not appear to have done this, at least not promptly. She had been at a bar, drinking. What does that suggest? Women who drink to excess put themselves at risk not simply from predators but, well, the case of Amanda Barrow is bizarre, but far from unique. We are not told if Annie Walker had also been taking recreational drugs, and/or prescription drugs, which can have a synergistic effect. Heck, we don’t even know if she had been drugged. Recall the case of John Worboys whose concoctions were so potent that his victims – who had all been drinking – often had no idea they had been sexually assaulted. Again, seeking medical attention promptly might have answered those questions.

Finally, just because these memories appear to have returned to Annie Walker doesn’t mean they are genuine. The false memories of genuine and immensely tragic rape victim Dianna Green are proof positive of that, as were the false flashbacks of the non-raped Courtney Thornton. Hopper may not be au fait with all these cases, but he is clearly acting as an advocate rather than a scientist, and the public is just as clearly being misled. His approach may sound comforting to genuine rape victims, but believing women full stop can only lead to more miscarriages of justice. More important than bringing perpetrators to book is stopping them raping in the first place, but that is what feminists call victim-blaming. And that will never do.

Yes, #melietoo. This notion that women do not lie much is a relatively new one. I can remember a time when everything a woman said was passed through a “what is in this story for her.” 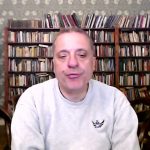 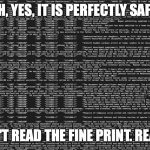