Jackson’s parents sent him to a Catholic school, but that didn’t stop him becoming a juvenile delinquent. At age 18, he robbed a gas station at gunpoint which earned him a sentence of one year to life. Although he could have earned parole after a year or two, he ended up spending most of his time in solitary confinement, becoming a Black Panther in prison.

For some reason, Davis got the hots for him, and after Jackson was indicted for the murder of a prison guard, she decided to help him escape.  In 1970, Jackson’s younger brother tried to free him from a courthouse, an effort that was doomed to failure, but resulted in the deaths of four people including the judge and Jonathan Jackson himself. On August 21, 1971, George Jackson was shot dead at San Quentin Prison in another bizarre escape attempt.

As for Angela Davis, she found herself on the FBI’s ten most wanted list for allegedly supplying the firearms for the courthouse shootout. She was arrested in New York City, put on trial in California, and acquitted against the weight of the evidence by an all-white jury who threw a party for her afterwards.

Davis went on to a career in academia, and although long past retirement age is still spouting her poison and garbage. For someone who is so oppressed by dint of her race and sex, she has benefitted exceptionally well in Ameri-K-a.

Another question that might be asked of both Cullors and Davis is, if America is such a terrible place, why don’t they relocate elsewhere, to their ancestral homeland, perhaps?

The answer is that however hypocritical or foolish they may be politically, these are women who know which side their bread is buttered. Police brutality is definitely a thing in the United States, but YouTube, the video hub of the world, contains a myriad distressing videos of African police officers abusing citizens, often gratuitously. And while the idea of defunding the police has some merit, in Africa the lack of policing can lead to someone being lynched for stealing a car, or even a bicycle.

And for all her ranting at homophobia, Cullors, who like Davis is a lesbian, wouldn’t want to live on a continent where homosexuality – including lesbianism – is largely illegal, and where in some places the latter can lead to “corrective rape”.

If Cullors in particular really wants to make America a better place for all its citizens, she should start by dropping all this Marxist garbage, and listening to…Donald Trump.

For readers who may be confused….

We need only look to the UK to see this hypocrisy in action. Black politicians like David Lammy, Diane Abbott and Baroness Warsi, whose families sought and gained refuge in the UK after fleeing murder and mayhem in their own countries seize every opportunity to describe the UK as a racist country. They have all received top notch educations in the UK, they hold positions of considerable influence, Warsi was made a baroness (more for political reasons than due to any merit on her part). They behave like the demagogues of the African countries their families fled. This type of… Read more »

Question: who fled from what?

Most of these people migrated for economic reasons….please advise if incorrect. 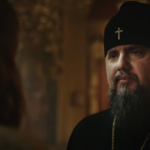 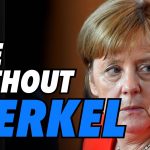