If anyone had any doubt about what Black Lives Matter really is, its recent pronouncement – a list of seven demands – should dispel it. Here is the archived page, just in case it is removed at some point. The most cursory glance should be enough to alert any reasonably intelligent person that this organisation is interested in black lives only so far as  it can use principally dead black men to raise money for the people behind it, and to turn America into a dictatorship. Also, if sincere, this list of demands demonstrates a total ignorance of both history – real history, and of the real world.

Presumably that means Donald Trump. The Democrats calling for this ban include Ilhan (how’s your brother?) Omar, and Ayanna Pressley, the angriest bald black woman on the planet.

Demand number two: “Expel Republican members of Congress who attempted to overturn the election and incited a white supremacist attack”.

Seriously? In the first place, attempting to overturn an election is part of the process provided it is done legitimately, as Trump attempted, but not illegitimately, the way Hillary Clinton and her fellow Swamp creatures attempted. For a man who is such a dedicated white supremacist, Donald Trump has an inordinate number of black supporters, and this black support is actually growing because like other Democrat voters, blacks are increasingly realising they are being betrayed by a government that is working against their interests while claiming to be working for them.

Trump’s conspiracy theories? You mean like the one about Russia rigging the 2016 election? Sorry, it was Hillary Clinton who was behind that. Republican supporters of Trump are said to be “dangerous and traitorous” – like setting America’s cities on fire and tearing down the statues of its heroes? No, you did that.

Demand number three: “Launch a full investigation into the ties between white supremacy and the Capitol Police, law enforcement, and the military”.

Again, we are fed this fantasy about a white supremacist conspiracy which controls the police and the military. There was no insurrection in Washington on January 6, certainly not one organised or incited by Donald Trump. There were though, and this has been proven by video, a number of agents provocateurs present whose aim was to tar all protesters with the same brush – don’t forget the 1% rule.

Trump has always used his digital media platforms recklessly and irresponsibly to spread lies and disinformation.”

Hmm, yes, let’s do that, but let’s extend the ban to everyone who has used social media to spread lies and disinformation, and let’s start with the wimmin behind Black Lives Matter, of whom an increasing number of ordinary blacks are asking where did all the money go?

Yes and no. As pointed out in a previous article, this idea sounds insane, but it isn’t. Police officers the world over abuse their authority daily, and that includes black police officers. It doesn’t take much effort to find videos, especially on YouTube, of police officers assaulting citizens, using excessive force, or arresting them for imaginary crimes. The American police waste an inordinate amount of time and resources arresting prostitutes and their clients. Chasing recreational drug users and small time marijuana dealers eats up enormous resources which would be better deployed tackling real crime.

“The police that met our BLM protestors this summer with assault rifles, teargas, and military-grade protective gear were the same police that, on Wednesday, met white supremacists with patience and the benefit of the doubt, going so far as to pose for selfies with rioters.”

Here we go again. One more time, these protesters were not and are not white supremacists. Police in many Democrat cities were ordered to stand down while Black Lives Matter and their fellow travellers rioted and looted. Remember what one young lady said: looting is reparations. In Portland, Oregon in particular, Black Lives Matter fellow travellers Antifa attempted to murder police officers by setting fire to a building with them inside. How are they supposed to react? And if demonstrators “back the blue” it is hardly surprising police officers should be far more cordial to these so-called white supremacists. As for taking selfies, these are now universal. How many ordinary blacks have been photographed with Donald Trump?

Demand number six: “ Don’t let the coup be used as an excuse to crack down on our movement”. What coup might that be? Clearly they are not alluding to the Deep State coup against Donald Trump.

“We don’t need new domestic terror laws, facial recognition, or any other new police power for the state.” Agreed.

“Our government should protect righteous protest and stay focused on the real issue: rooting out white supremacy.” Yawn.

Demand number seven: “Pass the BREATHE Act: The police were born out of slave patrols.”

Even without its pathological obsession with white supremacy and slavery, this level of ignorance is astounding. The police have probably existed in one form or another since before the dawn of recorded history, but here is a link to an article that dates policing of sorts to the reign of Alfred the Great in England.

Leaving that aside, don’t other countries have police forces? Iceland has no blacks; Nigeria has almost only blacks; what about Saudi Arabia?

Run the following names through your search engine: Andre Crawford, Anthony Sowell, Terry Blair…Yeah, they are all black serial killers who preyed on black women, not privileged black women who live in Topanga Canyon, California, but in the ghetto, in da hood, black women at the bottom of the food chain: prostitutes, junkies, women no employer wants to hire and no decent man wants, period. If you totally defund the police, who will track down the likes of the recently deceased Anthony Sowell to stop them preying on more vulnerable women, or didn’t you think about that?

And what has all this to do with improving the lot of, not the black elite, but ordinary working class and underclass blacks? One critic pointed out that in rural areas, many black kids (and undoubtedly white ones) have been left high and dry during the lockdown. How much of the estimated $90 million donated to Black Lives Matter has been spent on for example laptop computers for poor black kids? That is of course a rhetorical question.

It is difficult to credit this BLM document being produced by sane, rational people, and it isn’t. This is delusion, not gaslighting, but make the most of it, Patrisse, the sheeple are slowly wising up, soon the shekels will stop flowing into your coffers, and maybe even the IRS will come calling, once you and your fellow useful idiots have served your purpose.

Police all over the world do not abuse their citizens the way US police do–particularly the developed world. The US police are, in comparison with other countries, brutal, undertrained and relatively stupid–this is not the fault of police officers but the deliberate policy of police departments and law enforcement in general in the US. As long as people on the right defend the police who are abusive to all non-rich citizens BLM and CRT will continue to get wide support, sadly. The problem with the right is that it continually reacts to movements like BLM or socialism with hysteria rather… Read more »

Chris – There is some truth in what you say, but it would be better if you looked deeper into the causes and be careful where to put the blame. Criminals have always hated the police, but in general, law abiding citizens did not. Much of this changed when US police started being trained by Israel, and when US police became militarized, fully equipped with combat gear. Police corruption was further encouraged by a corrupt Justice system which was anything but impartial, but focused on protecting police, rather than on justice. I have also heard of police unions protecting corrupt… Read more »

The words bamboozled, fleeced, hustled, hoodwinked, scammed and snookered as well as phrases “sold a bill of goods”, “taken to the cleaners” and “the wool pulled over your eyes” come to mind in regards to BLM & Antifa.

I do just wonder when the woke will truly wake up and realise that they are being played by the elites and that eventually they (and us) will all be in slavery if the New World Order comes about. There is no doubt that what remains of humanity after the virus and the jibby jabby, will be serfs and peasants, shoved into smart cities and only allowed privileges according to how we obediently follow the dogma. Whither then Black Lives Matter? 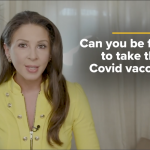 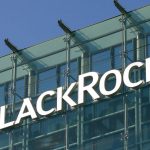