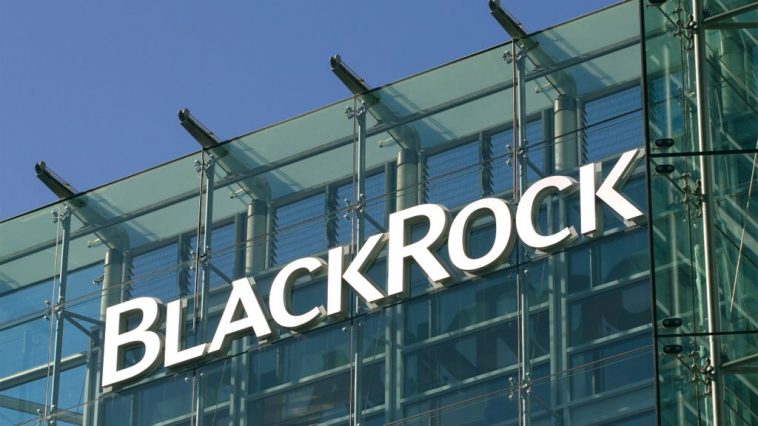 If you’ve been wondering how the world economy has been hijacked and humanity has been kidnapped by a completely bogus narrative, look no further than this video by Dutch creator, Covid Lie.

What she uncovers is that the stock of the world’s largest corporations are owned by the same institutional investors. They all own each other.

This means that “competing” brands, like Coke and Pepsi aren’t really competitors, at all, since their stock is owned by exactly the same investment companies, investment funds, insurance companies, banks and in some cases, governments. This is the case, across all industries. As she says:

They are Vanguard and BlackRock.

The power of these two companies is beyond your imagination. Not only do they own a large part of the stocks of nearly all big companies but also the stocks of the investors in those companies. This gives them a complete monopoly.

A Bloomberg report states that both these companies in the year 2028, together will have investments in the amount of 20 trillion dollars. That means that they will own almost everything.

Bloomberg calls BlackRock “The fourth branch of government”, because it’s the only private agency that closely works with the central banks.

Its CEO, Larry Fink can count on a warm welcome from leaders and politicians. Not so strange, if you know that he is the front man of the ruling company but Larry Fink does not pull the strings himself.

BlackRock, itself is also owned by shareholders. Who are those shareholders? We come to a strange conclusion. The biggest shareholder is Vanguard.

But now he gets murky. Vanguard is a private company and we cannot see who the shareholders are.

The elite who own Vanguard apparently do not like being in the spotlight but of course they cannot hide from who is willing to dig.

Reports from Oxfam and Bloomberg say that 1% of the world, together owns more money than the other 99%. Even worse, Oxfam says that 82% of all earned money in 2017 went to this 1%.

In other words, these two investment companies, Vanguard and BlackRock hold a monopoly in all industries in the world and they, in turn are owned by the richest families in the world, some of whom are royalty and who have been very rich since before the Industrial Revolution.

Why doesn’t everybody know this? Why aren’t there movies and documentaries about this? Why isn’t it in the news? Because 90% of the international media is owned by nine media conglomerates.

Covid Lie asks, “Who sponsors the organization and press agencies that produce our news? With Project Syndicate, we see the Bill and Melinda Gates Foundation, the Open Society Foundation and the European Journalism Centre.

The organizations that bring the news get paid by non-profit organizations, of the same elite that also owns the entire media but also a part of taxpayers money is used to pay them.”

Or, as George Carlin said, “It’s a small club and you ain’t in it.”

So when Lynn Forester de Rothschild wants the United States to be a one-party country (like China) and doesn’t want voter ID laws passed in the US, so that more election fraud can be perpetrated to achieve that end,what does she do?

She holds a conference call with the world’s top 100 CEOs and tells them to publicly decry as “Jim Crow” Georgia’s passing of an anti-corruption law and she orders her dutiful CEOs to boycott the State of Georgia, like we saw with Coca-Cola and Major League Baseball and even Hollywood star, Will Smith.

In this conference call, we see shades of the Great Reset, Agenda 2030, the New World Order.

The UN wants to make sure, as does Schwab that in 2030, poverty, hunger, pollution and disease no longer plague the Earth. To achieve this, the UN wants taxes from Western countries to be split by the mega corporations of the elite to create a brand new society.

For this project, the UN says we need a world government – namely the UN, itself.

And it is clear that the “pandemic” was orchestrated in order to bring this about. This video does an incredible job of explaining how it is all being done.

As you are watching millions fall into poverty because of the corona measures of the past year, even if the greatest economic crisis in history has not affected you yet, it will only be a matter of time until the rippling effects will hit you, as well

This is not fear-mongering but it’s a harsh reality. I also think we might mitigate the damage and may even do better, provided we are informed correctly about our situation.

This is why I would like to show you a few facts you can easily check facts that are of crucial importance.

Less than a handful of big corporations dominate every aspect of our lives. That may seem exaggerated but from the breakfast we eat to the mattress we sleep on and everything we wear and consume in between is largely dependent on these corporations.

Those are huge investment companies that determine the course of money flow. They are the main characters of the play that we are witnessing. I know your time is valuable, so I summarize the most important data.

How does it work?

Let’s take Pepsico as an example. It is the parent company of many soda companies and snack companies. The so-called competitive brands are from factories from a few corporations who monopolize the entire industry.

In the packaged food industry, there are a few big companies, like Unilever, the Coca-Cola Company, Mondelez and Nestlé.

In the picture, you see that most brands in the food industry belong to one of these corporations. The big companies are on the stock market and have the big shareholders in the board of directors.

On sources like Yahoo Finance, we can see detailed company info, such as who the biggest shareholders actually are.

Let’s take Pepsico again, as an example. We see about 72% of stock is owned by no less than 3,155 institutional investors.

Who are the biggest institutional investors of Pepsico? As you can see, only 10 of the investors own together nearly one third of the stock.

The top 10 of investors together amount to a value of $59 billion dollars but out of those ten, only three own more stock than the other seven.

Let’s remember them and look up who owns the most stocks of the Coca-Cola Company, the biggest competitor of Pepsi.

These are the world’s biggest investment firms, so Pepsico and Coca-Cola are not competitors, at all.

The other big companies that own a myriad of brand names, like Unilever, Mondelez and Nestlé are from the same small group of investors. But it’s not only in the food industry that their names come up.

Let’s find out on Wikipedia, which are the biggest tech companies (…more)

The Dutch video with English subtitles on Bitchute:
https://www.bitchute.com/video/5gSH1K3sOmez/

I think there are two more corporations, State Street Corporation and Fidelity Investments as well as Vanguard and BlackRock that own shares in each other in an incestuous cycle. They are also the main shareholders of the Fed. The revolving door between the Treasury, finance ministers and the Central banks as well as Goldman Sachs like Draghi, Sutherland, Osborne, Legarde, just to name a few is plain to see. But they are just the tier 3 puppets. At the top it’s the same old hereditary banking elites that have been pulling the strings behind closed doors for several centuries. ﻿

WHERE IS THE VIDEO?

Oh I see. thanks Antares 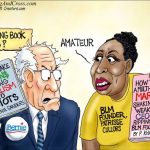 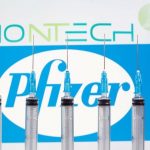