Two American serial killers were in the news this month: one for a good reason.

Anthony Sowell (pictured), the monster who murdered eleven women in Cleveland, Ohio between 2007 and 2009, died on February 8. Aged 61, he was being treated at a medical center for prison inmates. The mother of his first victim spoke to WKYC; unsurprisingly, she said she was glad he was dead.

Friday night saw what is said to be an Internet first, or if not an Internet first then certainly a YouTube first, a live call-in to a YouTube programme from a serial killer. Like Anthony Sowell, Dellmus Colvin was born in Ohio, the same month in fact. Sowell was born August 19, 1959, while Colvin was born August 3. Unlike Sowell, he is relatively unknown, possibly because he murdered only seven women, and over a much longer period. And the YouTube channel he appeared on belongs to…would you believe Shaun Attwood?

Convicted drug trafficker turned author and interviewer Attwood is best known for interviewing cranks and making unwarranted jibes at the Royal Family, but not all his guests are deadbeats or idiots. The programme that went out on Friday night is something special for true crime buffs. As for Dellmus Colvin, he has been behind bars since November 2005, sounds happy, and is clearly unrepentant. If you haven’t been in the presence of evil before, check out this dude. Sadly, like Sowell he will die of natural causes, unless he is shanked by another psychopath out to make a name for himself.

Your social justice warriors will be saying “ it’s not their fault, poor chaps, it’s because all black people are oppressed and they suffer from being dominated by the white privileged. People like these should be pitied, treated and released, prison serves no purpose!” This unfortunately is the rhetoric we have to put up with, while serial killers are empathised because of their colour and calling them out causes divisions in society. In the U.K. we have had a big problem with certain ethnic groups, grooming young white girls, pushing them with drugs and material gifts, until they can be… Read more »

Since the human brain is an organ, it can be in all kinds of states. Psychopathy is one of those states. In general, we would describe a brain whose actions are not compatible with what we regard as acceptable social behavior as dysfunctional. The practical problem is how we deal with those whose brains make them dangerous to the well being of society at large. Are you going to tell me that we never have a clue until they have carried out some horrendous action? This is why one of my favorite sayings of all time is: “An ounce of… Read more »

It’s the serial killers not in the news because they’ve allied with Washington that interests me the most. 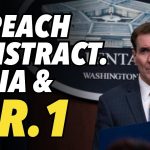 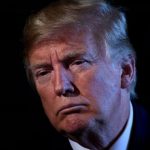