The Ex-President Donald Trump has planned the unrest in the Capitol, these were the words of U.S. Rep. Joe Neguse.

“Senators, this clearly was not just one speech. It didn’t just happen,” the 36-year-old Democrat from Lafayette said of Trump’s speech. “It was part of a carefully planned, months-long effort with a very specific instruction: Show up on January 6th and get your people to fight the (election’s) certification. He incited it. It was foreseeable.”

The fact that Donald Trump is no more the president, didn’t suit his opponents, but only whetted them. He’s being threatened with impeachment, and imprisonment.

Democrats in the USA are trying to do everything they can, to prevent the smallest opportunity for Donald Trump to become the president in the future. All of his decisions and actions during his presidency, are investigated with full scrutiny.

For example, Prosecutors in Georgia have started a criminal investigation into former President Donald J. Trump’s attempts to overturn Georgia’s election results. According to the New York Times, the main evidence is the telephone call between Donald Trump and the Secretary of State Brad Raffensperger in which Mr. Trump pressured him to “find” enough votes to help him reverse his loss.

One of the important questions is if it’s legal? I mean, is it legal to impeach a former president? The second question is that democrats want to hold additional voting to deprive Trump to hold public office, in accordance with the 3rd paragraph of 14 amendment in the Constitution. It means that if Mr. Trump is guilty he won’t be able to hold the President’s office forever.

Trump’s lawyers, say that the situation with impeachment has deep political background. And it’s hard to disagree with them. If we ignore all the controversial decisions made by Donald Trump while he was the US President and his blocked media accounts, he still remains a serious political person. And his words carries a lot of weight. And even if he will be impeached, he will be the same person. In addition, if he is found guilty, the reaction of his supporters will be unpredictable.

In this case, I’m sure, the protests in his support will spread all over the US cities. As it was with the BLM moving, and after the results of presidential elections were announced.

The outcome of these protests are unpredictable.

US news media is realizing it needs Donald Trump | #PollyBites

The third question is “Where does big tech get the authority to censor free speech?”

Last edited 1 year ago by Culture of Outrage
0
Reply

Alone? What the heck planet are you on? 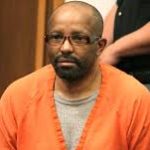 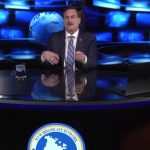