Joe Biden’s gaffes crossed a line, and President Vladimir Putin isn’t having it.

During an interview with George “Clinton-slave” Stephanopolus, the discussion went like this:

GEORGE STEPHANOPOULOS: Director of National Intelligence came out with a report today saying that Vladimir Putin authorized operations during the election to under — denigrate you, support President Trump, undermine our elections, divide our society. What price must he pay?

PRESIDENT JOE BIDEN: He will pay a price. I, we had a long talk, he and I, when we — I know him relatively well. And I– the conversation started off, I said, “I know you and you know me. If I establish this occurred, then be prepared.”

GEORGE STEPHANOPOULOS: You said you know he doesn’t have a soul.

PRESIDENT JOE BIDEN: I did say that to him, yes. And — and his response was, “We understand one another.” It was– I wasn’t being a wise guy. I was alone with him in his office. And that — that’s how it came about. It was when President Bush had said, “I looked in his eyes and saw his soul.”

I said, “Looked in your eyes and I don’t think you have a soul.” And looked back and he said, “We understand each other.” Look, most important thing dealing with foreign leaders in my experience, and I’ve dealt with an awful lot of ’em over my career, is just know the other guy. Don’t expect somethin’ that you’re– that — don’t expect him to– or her to– voluntarily appear in the second editions of Profiles in Courage.

GEORGE STEPHANOPOULOS: So you know Vladimir Putin. You think he’s a killer?

PRESIDENT JOE BIDEN: Uh-huh. I do.

GEORGE STEPHANOPOULOS: So what price must he pay?

PRESIDENT JOE BIDEN: The price he’s gonna pay we’ll– you’ll see shortly. I’m not gonna– there’s– by the way, we oughta be able that ol’ — that trite expression “walk and chew gum at the same time,” there’re places where it’s in our mutual interest to work together.

That’s why I renewed the start agreement with him. That occurred while he’s doin’ this. But that’s overwhelmingly in the interest of humanity, that we diminish the prospect of a nuclear exchange. But that and SolarWinds as well. He’s been — they’ve done some mischievous things, to say the least. And so we’re gonna have — I’m not gonna announce what I’m doing, but he’s gonna understand that –… it’s not free.

A lot of Biden detractors, myself being one, would be quick to jump on the tremendous disorganization in these remarks. Mr. Biden is all over the place. In fact, it is unclear if this story of Mr. Biden telling Mr. Putin he has no soul ever even happened. Given Joe Biden’s propensity for making stuff up out of thin air, this is one of my own questions.

However, President Putin gave the coldest and most angry response to this that we have seen in years, and it ought to make folks sit up and take notice. Admittedly, when not taken in context, President Putin’s remarks are funny: To Biden’s comment of Putin being a killer, President Putin quipped, “It takes one to know one.” Further, the Russian President offered to continue the discussion with Joe Biden but on the condition that they actually meet, live and in person, as reported by Fox News: (edited for focus)

Russian President Vladimir Putin challenged President Biden to an on-air conversation to discuss Biden’s latest warning that Putin would “pay a price,” following a report containing evidence of attempted Russian-interference in the 2020 election.

“I’ve just thought of this now,” Putin told a reporter in Moscow Thursday. “I want to invite President Biden to continue our discussion, but on the condition that we do it actually live. But with no delays, directly in an open, direct discussion.”

Putin said that as the world’s two leading superpowers, he thought the dialogue would prove interesting for the U.S. and Russian people, as well as for the international community.

Biden made headlines this week after an interview with ABC’s George Stephanopoulos, when the president was asked if he thought Putin was a “killer,” to which he answered “I do.”

Putin responded Thursday by saying, “It takes one to know one.”

The White House did not immediately return Fox News’ questions on whether Biden intends to speak publically with Putin.

“The president gave a direct answer to a direct question,” she added.

Putin suggested holding the live conversation as soon as Friday or Monday, adding that he wants to “relax a little” this weekend by heading to the forested region in northern Russia, known as the [taiga.]

“We are ready any time that is convenient for the American side,” he added.

This is not the whole story though, and it is once again significant that the American news media, even Fox, are not making the connections. This is spawning an international flap, or at least a strategic diplomatic gambit. This is why:

Dmitry Peskov took note, saying, “As you can see, as far as the Russian Federation is concerned, the President [Putin] has clearly stated his desire, in spite of everything, to continue relations between the two countries. Because it is in the interests not only of our two countries, but also in the interests of the whole world. But of course, we cannot ignore the words of Mr. Biden.” – Interfax Russia

Russia recalled its ambassador to the United States. The Financial Times, a British daily, gives this extremely critical story some detail (with slight editing for clarity):

Russian president Vladimir Putin and his US counterpart Joe Biden have traded insults amid warnings that the relationship between Moscow and Washington has sunk to a historic low, with Russia recalling its ambassador.

After Biden accused Putin of being “a killer” in an interview broadcast on Wednesday, the Russian leader responded on Thursday by saying “it takes one to know one”, an exchange that reflected the impact of the new US president’s more confrontational approach to the Kremlin than his predecessor Donald Trump.

“As for the statements of my American colleague. What would I answer him? I would say to him: ‘I wish you good health’,” Putin said at a televised meeting. He then began talking about US history and the murder of Native Americans by European settlers, adding: “We always attribute to other people . . . what we essentially are.”

His remarks came after Anatoly Antonov, Moscow’s ambassador to the US, was summoned back to Russia late on Wednesday for consultations. That followed the publication of an interview with ABC News in which Biden said Putin would “pay a price” for interfering in the 2020 election, and responded “I do” when asked if he believed that Putin was “a killer”…

…The Kremlin said the decision to recall its envoy underscored the “very bad” relations between the two countries.

“These are very bad statements by the president of the United States,” Dmitry Peskov, Putin’s spokesperson, said on Thursday. “Such things have never happened in history…It is clear that [Biden] does not want to normalise relations with our country. This is what we will be guided by from now on.”

It appears that the Kremlin has had it, and now old Uncle Joe, the Illegitimate Gaffer in the White House, has a big problem. What appears to be a shame even further is that this diplomatic conflict is not being reported clearly to the American people as in “Joe Biden caused this to happen.”

Now, to be sure, (getting into speculation), there is certainly a chance that what we are seeing is less an expression of Russian anger, and more an expression of Russian power. The combination of invitation to dialogue with the American Imposter-in-Chief – a noble and polite move, with the dire consequence of having the ambassador to the US recalled, putting a crimp on communications between the two superpowers, means that old Joe is on the spot. He is going to either have to apologize / walk back his remark or dig in his heels and stick to it.

Thus far, the White House is taking the second course. Jen Psaki noted that Mr. Biden does not regret his remarks.

This is a sham show of “strength” but in reality it is a befuddled old man who just insulted a legitimately elected head of state in another country. Joe Biden cannot, in good conscience, make this claim for himself. What is more, President Putin, like President Obrador of Mexico, President Hasan Rouhani and Supreme Leader Kim Jong-un of North Korea all know this man hasn’t got the stones for the job.

Joe Biden is not making alliances, and in fact, he is tearing up any and all cooperation accomplished with three of these abovementioned leaders and the fourth, the Iranian President, and the Ayatollah Khameini who is the real power in that nation, are not impressed in the slightest by Biden’ intent to rejoin the JCPoA, the “Iran Deal” as popular press calls it.

President Donald Trump was setting a lot of this right, and he had the respect of President Putin and Russia’s extended leadership. Iran yelled and screamed about Trump, but this is normal – that country’s leadership is so enraged at the United States that even the American total surrender to Iran would not be enough to satisfy them. President Trump knew that, so he called the bluff on their bluster and was waiting for them to be restored to sanity so they could make a real deal.

It is unlikely that Joe Biden will lead America into a war with Russia, unless Biden fires the first shot. Then again, he kind of already did with his words, and he clearly does not seem in control of his own personal mental faculties, which once again points to the notion that someone behind him is running him.

These are honestly frightening times for the United States, and by virtue of that nation’s great power, improperly handled, the world ought to be taking notice. This is far more serious than many people may wish to admit.

Vladimir Putin never said it takes one to know one. That’s a deliberate misinterpretation. Putin said that calling him a killer was really a projection of himself.

Biden only received 3.5 million from Russian sources. He got 1.5 billion from China. Who are you going to favor?

The drugs required to sustain Joe Biden for an honest open debate with President Putin, would most likely kill him. Joe Biden and the machine that put him in office is a criminal joke.

Well stated. The drugs needed for that debate would kill Joe. The parallels between the leadership of the last years of the Soviet Union and the US today is amazing.
The Soviet Communist Party appointed Konstantin Chernenko suffered from dementia and within a couple of years thereafter the Soviet Union failed.
Joe Biden is in the same position. The lights are on but no one is home.

We won!
Reply to  lex 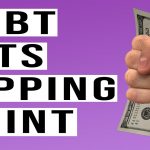 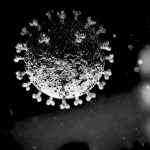