There is a consensus that however chequered his past, George Floyd did not deserve to die the way he did. The same cannot be said however for every black man who falls foul of the law. When Granville Ritchie appeared in a Florida courtroom for his sentencing hearing, the family of his victim were unanimously in favour of him dying, and the sooner the better. It was left to his white attorneys to argue that he was not to be numbered among “the worst of the worst”. The jury sided with the grieving mother, and handed down a sentence of death, although it remains to be seen if and when Ritchie will be executed.

He is pictured above with his victim. In May 2014, Ritchie raped the 9 year old Felicia Williams, strangled her, and dumped her body in the river. It didn’t take long for the police to solve what was initially a missing child investigation, but it took a long time for him to be brought to trial. He was sentenced to death in September last year, but the following month his attorneys argued that this sentence should be set aside. This delaying tactic had only a limited effect, and this month, Judge Michelle Sisco upheld the jury’s sentence, and told him in classical fashion, may God have mercy on your soul.

Felicia’s mother wore black for this hearing, not in support of Black Lives Matter, but for Ritchie; she said she wanted him to be hanged, but if he is executed, it will be by lethal injection. The last man to be executed in Florida was the white serial killer Gary Ray Bowles who was sentenced to death for the second time in 1999. He was strapped to a gurney only in August of last year, so Ritchie could have a long wait. For crime buffs, Ritchie’s trial can be found on YouTube.

Bad as Ritchie may  be, Anthony Sowell is far worse. Between May 2007 and September 2009, he murdered eleven black women in Cleveland, all of them drug addicts or otherwise vulnerable, women at the bottom of society, women who don’t matter. Fortunately, the law sees things slightly differently, and he was convicted on multiple counts in July 2011. Ohio has the death penalty, and few are more deserving of it than Anthony Sowell, but he is still alive and wriggling on the hook. In May this year, he was denied yet another appeal, something that clearly does not please the families of his victims.

One of the platforms of Black Lives Matter is to abolish the death penalty, which they claim is “racist”. Few people involved with either of the above cases would agree.

They are to be “harvested”.

They are “human resources”.

ALL lives matter…regardless of ethnicity, etc. – except, of course, white lives, that always matter, regardless. 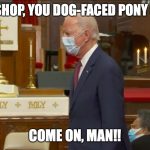 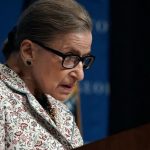