Sunday was a unique day for the denizens of Britain; the Queen celebrated her Platinum Jubilee, a staggering seventy years on the throne. There was also a big crime story; it was revealed that serial killer Levi Bellfield had confessed to the Chillenden Murders, a horrific crime for which Michael Stone has been behind bars since the last Millennium.

If you are of a certain vintage, you will remember this crime well, and even if you are not, you may well be aware of Bellfield, who was last in court eleven years ago but has been in and out of the news ever since.

Last April, I reported that he was to face further charges, including murder. That was an exclusive, because I have long been following the Chillenden Murders and have had an intensive if sporadic correspondence with Michael Stone. I set up a dedicated website about the case in December 2002. In March 2003, it was moved to its own domain thanks to the generous support of a London businessman. Later, it picked up a second sponsor, who like the first has had run-ins with the police and knows how corrupt they can be. A second Michael Stone website is run by the man behind the Sherlock Holmes Museum.

Is there police corruption in this case? There certainly appears to be, or at the very least a willingness to accept the testimony of a man who would under any other circumstances be considered unworthy of belief. Michael Stone seemed a good suspect at the time, especially in view of his appalling criminal record, but the closer one looks, the less likely does he seem so. His two crimes of extreme violence were both committed against men, and in one of those he was playing the white knight. Levi Bellfield on the other hand fits the crime like a glove.

At his 2008 trial, Bellfield was convicted of two murders and one attempted murder, all of young women in West London, but his 2011 trial saw him convicted of an abduction and murder of schoolgirl Amanda Dowler at Walton-on-Thames. Her skeletal remains were found over twenty miles away months after she literally vanished off the street. This was in stark contrast to Bellfield’s previous victims who were hit over the head and left to die in situ. Kate Sheedy wasn’t hit with a hammer but run over then reversed over in his minivan. Miraculously, she survived, and it was her evidence more than anything else that put Bellfield behind bars.

I may not have been the very first person to suspect Bellfield of the Chillenden Murders but I was the first to put that thought into print, in April 2011. It would be nearly five years before reports in NewsBank made the same connection.

Michael Stone’s solicitor Paul Bacon is said to have received a detailed letter confessing to the murders. Bellfield is also said to have confessed to other crimes, including the 1990 murder of a woman in London. Are we to believe any of this, has Bellfield perhaps come to Jesus? No, but he would have the world believe he has come to Allah; he is now known as Yusuf Rahim. And if you believe that, you will probably believe Muhammad rode up to Heaven on a white horse.

I haven’t spoken to Paul Bacon for some time; he is now long past retirement age but is obviously no fool, and is taking this confession seriously. Having said that, this isn’t the first time Bellfield is said to have made such a confession. In 2017, the serial rapist Richard Baker claimed he had confessed to the Chillenden Murders; Bellfield rebuffed that alleged confession.  The barrister Mark McDonald, whom I have also met, spoke to Times Radio (of the London Times), and made it clear that this confession is to be taken seriously. He and Bacon have met with Bellfield several times. It should be borne in mind however that Michael Stone has spent the past twenty plus years behind bars because  of a so-called cell confession. When they are made by one prisoner against another, they are notoriously unreliable and should be disregarded without strong corroboration.

Six years ago, Colin Sutton, the lead detective on the original Bellfield murder investigation gave a possible motive for Bellfield’s then alleged latest confession: he likes to play games with the police, and especially to inflict emotional distress on the families of his victims. Although a firm believer in Michael Stone’s innocence, I have to say that unless Bellfield is able to come up with strong corroboration, this is very likely yet another dead end. 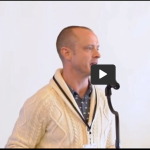