Levi Bellfield is one of the most odious inmates in Britain’s prisons as well as one of the most dangerous. In 2003 and 2004 he murdered two young women in South London, hitting them over the head with a hammer just because. Also in 2004 he ran down teenager Kate Sheedy in a heavy estate car then for good measure reversed over her. Miraculously she survived and thanks to her more than anyone else he was brought to book.

After Bellfield’s conviction for her attempted murder as well as the two actual murders, the authorities began building a case against him for an earlier murder. In March 2002, schoolgirl Amanda Dowler vanished on her way home from school. Her skeletal remains were found months later in woodland miles away. Bellfield was also convicted of her murder and will never be released.

He will also at some point face further charges, but the big question is will those include the Chillenden Murders for which Michael Stone was convicted, twice? In prison, Bellfield is said to have converted to Islam, a conversion that should not be taken seriously, but the recent revelation that he has become engaged to a frequent and as yet unidentified visitor is bizarre in the extreme.

There is no doubt about Bellfield’s guilt, the forensics, including phone evidence, are too strong, so why would any woman in her right mind want to marry him? It may be that she isn’t in her right mind, but strangely, even the most odious men on the planet attract groupies.

The most notorious was Ted Bundy, who actually married one of his admirers in bizarre fashion during one of his trials. Prior to that he had amassed a fan club of attractive young women who sat in the public gallery hanging on his every word. They were just the sort of young women he had abducted and murdered almost certainly in gruesome fashion.

Serial killer Richard Ramirez also attracted a large number of female fans. He committed (at least) 13 murders and although sentenced to death, died from natural causes while still on death row in June 2013, something that is far from unusual in the United States, even for serial killers.

Ramirez married one of his admirers in 1996, a woman who was obviously intelligent, though she is said to have abandoned him in 2009 when a cold case investigation showed he had raped and murdered a 9 year old girl in 1984.

In Britain, Jeremy Bamber has attracted a fan club of both sexes. Because he committed five murders in one transaction, Bamber isn’t technically a serial killer, and because of a lax investigation by a detective who wanted to get back to the golf course, he nearly got away with it. Bamber was convicted of the White House Farm Murders in 1986 but his fan club, known as bamberettes, are still active. Anyone who has any doubt as to his guilt should read the 522 paragraph judgment of his failed second appeal and ignore the lies spread by his braindead supporters.

But it isn’t only male serial killers who are the subject of bizarre fixations. Susan Atkins was a member of the Manson family. While Charles Manson had a big fan club until his death in 2017, he was married and divorced from both his wives before the Tate-LaBiancha Murders; Atkins married both her husbands after decades in prison. The first was a con man who had already been married 35 (thirty-five) times. Her second marriage was to a law graduate some fifteen years her junior. Atkins died in 2009 aged 61 by which time she had already had a leg amputated.

Finally, we should mention Canada’s most hated woman who although not a serial killer almost certainly murdered two teenage girls, possibly on her own. The story of Karla Homolka is one of those you couldn’t make up. By the time she met Paul Bernardo he was already a serial rapist. She was his dream girl with one caveat, she wasn’t a virgin, but her younger sister was, so Paul asked Karla for her, and Karla gave her to him.

Tammy Homolka was drugged and raped, Karla videoing the assault, but something went wrong and Tammy died from the fatal mixture of veterinarians’ drugs and alcohol. The authorities didn’t perform a full autopsy, so they got away with it, for then. Next, Karla married Bernardo and became further enjoined in his depravity. On separate occasions they kidnapped teenage girls, held them captive, tortured snd murdered them.

When Bernardo began beating Karla, their marriage was over. By this time the police had enough evidence to arrest him, but to cut a long story short, Marion Boyd, the feminist Attorney-General of Ontario, authorised a plea bargain for Karla, what has been called a deal with the Devil. In return for testifying against him, she received a 12 year sentence which she served in full. It was only after that deal was made that the full extent of Karla’s involvement in her husband’s crimes came to light.

After she was released in 2005. she married her lawyer’s brother and is now a mother of three, if you can imagine that.

I saw a video reporting on several women who had married serial killers. One was the wife of Ramirez. They were certainly not beauties and seemed to be flattered that someone had at last taken notice of them. These guys can be very persuasive and a lonely woman can easily fall into the trap.

Some women are said to be attracted to “bad boys.”
A serial killer would certainly appear to meet that spec.

I actually knew Marion Boyd, before her rise to undeserved power.
Her ideology resulted in a miscarriage of justice. Bernardo, upon hearing of her light sentence, is said to have screamed in his cell and down the halls
“The bitch is crazier than me and she only gets 12 years!!!”
Feminism has done an enormous amount of harm. This is one case I can bear some personal testimony to. 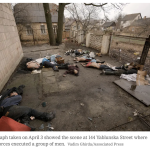 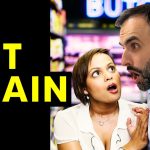