Convicted triple killer Levi Bellfield, or Yusuf Rahim as he now has the temerity to call himself, is to face further charges, including murder. There has been talk about this for some considerable time, but on April 16, it was confirmed by information from an unimpeachable source.

In February 2008, Bellfield was convicted of the murders of Amélie Delagrange and Marsha McDonnell in South London. Both were foreign nationals, both were blonde, both were walking home late at night, and both were hit over the back of the head with a hammer. Bellfield was also convicted of the attempted murder of Kate Sheedy; he ran her down in his vehicle, then reversed over her. It was her evidence that was largely responsible for bringing him to book.

Bellfield was subsequently charged with the earlier murder of the thirteen year old Amanda Dowler who literally vanished off the street in March 2002. Six months later, her skeletal remains were found in woodland.  Although the case against Bellfield for this murder appeared tenuous, it was shown to be a lot stronger at trial, and there can be no doubt the jury got it right, in spite of the innate dishonesty of a certain female detective who will remain nameless.

Since Bellfield’s first conviction, there has been speculation over other, similar attacks. Some of this speculation is very convincing, some of it not so. His earliest crime may have been committed when he was 12 years old. In 1980, the  14 year old Patsy Morris was strangled in Hounslow, where he was living at the time.  Ten years later, Judith Gold, also known as Judith Silver (not a joke) was murdered in Hampstead, apparently with a hammer.

In January 2004, the young Sarah Spurrell was a medical technician living in Hastings when she was hit over the head with a hammer. In August 2017, the Sunday Times published an interview with her. Unsurprisingly, she said the assault had changed her life, psychologically; she also told the paper she was a hundred percent sure Bellfield was her attacker, even though he was wearing a balaclava. After being struck multiple times, she was saved by a passing motorist; her attacker fled, and the driver took her to hospital. Another woman was attacked in the area that night in similar circumstances.

Edel Harbison was another hammer attack victim. Like Miss Delagrange, Marsha McDonnell and Kate Sheedy, she was attacked in South London.

Bellfield has also been mooted as a suspect in the disappearance of a Blackpool schoolgirl and in the murder of a  Manchester prostitute. Although he had always lived in the South East, he appears to have been in the North of England at the material time. It has even been suggested he may have carried out attacks in the Canary Islands, but this seems unlikely. Brian and Tina Johnson were bludgeoned to death there in July 2006, but Spanish national Juan Carmelo Santana was convicted of that double murder, which appears to have been financially motivated.

Of all the crimes Bellfield may or may not have committed, the biggest riddle is that of the Chillenden Murders, because Michael Stone has now been behind bars for more than two decades convicted of that on “evidence” no court worthy of the name should have credited.

Over the years, Bellfield has made tantalising statements about that and other crimes to other prisoners, but it remains to be seen if anything he says can be believed, and as Michael Stone will attest, prison confessions are worthless unless they can be corroborated independently.

I have been working from home for 4 years now and I love it. I Earn more than $35k just by doing simple work from home. I don’t have a boss standing over my shoulder and I make my own hours. The tips below are very informative and anyone currently working from home or planning to in the future could use these…
check The Details…….. http://www.worksstar.cf

Pfft, that other guy yesterday said he earned $55k in 55 minutes of work. Why should we go with you?

not really the news i was looking for……you could choke your entire site with this shit on a daily basis….over and over…..for what????

Then they’d be sued by the Daily Mail or the London Times for usurping stories of vital interest.

Sounds like a good candidate for a tour in Afghanistan or Ukraine. 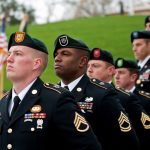 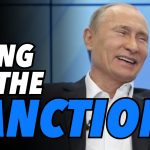