Two dead serial killers are in the news this week: one because of his recent death; the other because of a new dramatisation.

Wisconsin abolished the death penalty way back in 1852 after a man who was publicly hanged for the murder of his wife took nearly twenty minutes to die. That being said, they could surely have made an exception for Jeffrey Dahmer whose crimes were so far beyond the pale that even committed abolitionists must surely have seen the wisdom of that. But karma caught up with him less than three years after his conviction when he was brutally murdered by another inmate.

Although Dahmer committed his last murder in 1991, before many or most of the people who watch this Netflix series were born, his notoriety is such that few Americans will not have heard of him and be familiar in a general way with his crimes. The same cannot be said of Peter Tobin who died from natural causes on October 8.

Although he was convicted of only three murders, some people – including police officers – believe he may have committed more, perhaps many more. Whatever, he has taken that secret to the grave.

Tobin was born at Johnstone in Scotland on August 27, 1946 and although he led a far from crime-free life, it wasn’t until August 4, 1993 that he was put in the frame for something extremely serious when he committed an unspeakable outrage against two underage teenage girls at his home in Havant. He had though already murdered two teenage girls two years earlier. The bodies of Dinah McNicol and Vicky Hamilton were not found until 2007.

The two girls who survived were sexually abused, one was stabbed, and both were left for dead. Tobin fled the crime scene leaving his young son behind. By that time he had been married three times, and his third wife had left him. On August 7, the Daily Mirror named him in connection with the double attack. He was said to have suffered from angina and to have had a heart attack. He was arrested the following month. After initially pleading not guilty he admitted the sexual offences  but denied false imprisonment and attempted murder. These charges were dropped to spare the victims the stress of testifying, but in May 1994, Tobin was given a total of 33 years at Winchester Crown Court; Mr Justice Waterhouse said it was the worst case he had ever seen.

Unfortunately, the sentences Tobin received were concurrent, so in real terms his sentence was just 14 years. He was released ten years later, and, one might have hoped that approaching sixty and suffering from a heart condition, he would have rested on his laurels.  Sadly, he committed another murder while working as a handyman at a church in Glasgow. His last victim was a Polish student who was raped before being murdered. Her body was found 5 days later, and Tobin was arrested in London.

It was only after the death of Angelika Kluk that the police began to join up the dots. The bodies of Dinah McNicol and Vicky Hamilton were found buried in the back gardens of two houses he had occupied in the South East of England.

Tobin faced three separate murder trials and was convicted in all three. Like Jeffrey Dahmer, he was extremely plausible, a fact attested to by all his ex-wives.

The crimes of Jeffrey Dahmer need not be described in detail here; his abuse of his victims including after death has been thoroughly documented. He committed his first murder in 1978, then there was a big gap until 1987 when he committed another, two in 1988, one in 1989, and the rest in the following two years. He committed his last murder on July 19, 1991 and would have killed again three days later but his intended victim managed to escape, returning with the police.

There have been films about Jeffrey Dahmer before, and this series appears to be nothing special except for the mistakes (lies) and false narratives. You see, Dahmer was homosexual, and for once the LGBTQ faction (or whatever it is called this week) of the Alphabet Mafia does not want to claim him for one of its own.  Not only that, but Dahmer is accused of being something far worse than a mass murderer, necrophiliac and cannibal, he is also said to have been a racist.

Although his first  and last victims were white, the vast majority were not. To compound this, the police have been accused variously of homophobia and systemic racism for allowing him to get away with his crimes for so long. This is akin to Joe Biden blaming the Florida hurricane on climate change, in short, it is moronic.

By 2.30am London time on October 9, the Netflix series had been reviewed 485 times on IMDb in addition to 29 reviews by critics.  Thirty-six of the viewers’ reviews were 1 star; 163 were 10 star. But, Buzzfeed of all websites, has taken it to task for its numerous errors – again, lies.

One can argue about the wisdom or otherwise of making films about the likes of Dahmer, Tobin, Bundy…but it should never be forgotten that the important people here are the victims. These people are not only important but too important to use as pawns to score cheap points by politically correct morons.

The irony, to me at least, is that we have serial killers walking around smiling to our faces every day. They’re called Presidents, Ministers, and legions of lessor devils hovering around them. 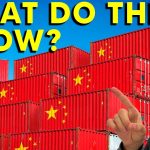 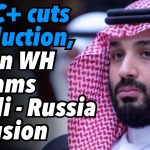