Candace Owens has become something of a hate figure for America’s lunatic left, indeed the hate goes well beyond that; Dave Chappelle doesn’t think much of her, and he can hardly be called a leftist.

In 2007, when she was a 17 year old high school student, a group of white teens at her school left obscene messages on her phone. One of the perpetrators was the son of the Mayor. In September 2005, she had been attacked by three girls, again with an apparent racial motive, but the real motive appears to have been that Owens was thought to have been sleeping with the boyfriend of one of them. Whether or not that was true, she would eventually find herself an alpha white boy; her husband is the son of an English aristocrat.

That being said, while race is important to most people, though few will admit it, it isn’t everything, something of  which Owens is acutely aware. She took the 2007 incident in her stride putting it down to the actions of stupid boys rather than nascent Ku Klux Klan members. Clearly she realises that whatever race problems society has seem always to be made worse by government intervention, usually under pressure from race hustlers.

Black Americans have problems that at the end of the day are much the same as white Americans or Indians, Chinese, people the world over. At the moment, these problems are primarily financial, caused by the now hopefully gone forever lockdowns and bad economic policies. But American blacks also have an enormous crime problem, in particular a murder problem. If you don’t believe that, check out the Gun Memorial.

Appalling though these murder statistics may be, most thoughtful Americans regard gun violence as a trade-off. How would you like it if only Joe Biden and his goons had guns?

George Floyd did not die through gun violence, he died either from a police officer kneeling on his neck for over eight minutes, or from a drug overdose, or a combination of both.

The Greatest Lie Ever Sold: George Floyd And The Rise Of BLM opens with excellent quality CCTV footage of Floyd attempting to pass a fake $20 bill in a Minneapolis shop, the police called to the scene, and of his arrest. Interestingly, Derek Chauvin, the man (falsely) convicted of Floyd’s murder, wasn’t one of the first officers on the scene.

It shifts quickly to riot scenes in Minneapolis  then across the nation, then across the world. Owens visits Floyd’s last address, a spacious, quality house where he rented a room. He appears to have been genuinely religious. He met one of his housemates (landlord) in rehab.

Floyd’s family never collected his personal possessions, she was told.

Next, she references Aracely Henriquez who was the victim of a home invasion robbery in 2007. Floyd was one of her attackers. She goes through Floyd’s extensive criminal record and his 2019 arrest. An objective view of George Floyd can be found here. In short, as a teenager he was a promising athlete who trashed his life through his addiction to cocaine, but unlike Hunter Biden there was no Big Guy to bail him out.

Derek Chauvin’s mother declined to speak to Owens on legal advice, something she couldn’t understand. What good has keeping her mouth shut done her son? Chauvin didn’t take the stand at his trial; it remains to be seen if it would have done any good because the jury was hardly likely to acquit with a lynch mob outside.

Two former colleagues of Chauvin agreed to sit down with her. We are shown intermittent excerpts from the criminal trial. We see and hear evidence that Chauvin knelt primarily on Floyd’s shoulder rather than on his neck, also that Floyd was high on fentanyl at the time. This isn’t entirely convincing, but something nobody ever seems to have noticed is that although Floyd kept saying “I can’t breathe” – something he said before he was taken out of the police vehicle, one thing he never said was “Get off my neck”. Again, what good would this do now?

I respect blacks standing for blacks and whites standing for whites. She is no different than other SJWs fighting for people who didn’t ask for that. I can understand why other blacks see her as a traitor.

Also do you know the term alpha male comes from zoology? There are no aristocrats among wild animals. Inbreeding usually occurs to domestic animals only.

I’m not sure what special qualities being the son of an English aristocrat are supposed to convey, but I’m not impressed. Would that be similar to those of Prince Harry? Lowlife is lowlife, titles or not.

There is a negative quality, so-called aristocrats are entitled parasites.

Prince Harry served on the frontline in Afghanistan against his grandmother’s wishes. It’s his poor choice in women that has brought him to where he is.

Here is a bigger lie. The races are equal. That might work in La La Land, but in the real world it is pure fantasy. Sorry, being in denial may make some people feel better, but Mother Nature knows the real score. 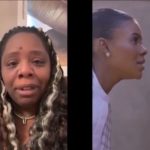 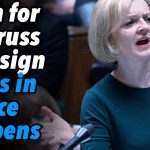