Apart from the lunatic fringe and Colin Flaherty, the world and his dog is in agreement that George Floyd should not have died lying handcuffed on a Minneapolis street with a police officer’s knee compressing his neck in May last year. Few though have considered how he got there. Broadly speaking there are two explanations: a) racism and b) he was a black thug, he deserved it.

It doesn’t take much insight to realise the first “explanation” is no better than the second.

Some of the drivel about this case churned out by the leftist media and even academics beggars belief. To take just one example, the multi-authored George Floyd’s Autopsy and the Structural Gaslighting of America begins: “The weaponization of medical language emboldened white supremacy with the authority of the white coat. How will we stop it from happening again?”

We have all seen the video and heard the angry crowd, but how many have bothered to watch the full bodycam video of the arrest? This was leaked in August. Check it out at the Internet Archive and you will be shocked at how few views the various uploads have had. Had this video been released shortly after Floyd’s death, the resulting mayhem, death and destruction would have been minimised if not averted altogether, but that wouldn’t have suited the Democrat agenda. The Attorney General of Minnesota is Keith Ellison, the imbecile who suggested a woman should phone a counsellor rather than the police if she is raped at knifepoint in her own home. He could and should have authorised the immediate release of the full bodycam videos.

Whether or not any of the officers charged in connection with his death are eventually convicted, let us look back on George Floyd’s life and see how he got there. The Snopes website published an in-depth report on his antecedents dating from his first criminal conviction in 1997. Although like many other leftist websites, Snopes insists on adhering to a ludicrous racial narrative, there is no disputing the facts.

Although he was born in North Carolina, George Floyd grew up in Houston, Texas, and didn’t pick up his first conviction until 1997 when he was nearly 24 years old, so he was clearly no juvenile delinquent. Ominously however, this arrest was for possessing cocaine. It is recreational drugs rather than so-called racism that has been the bane of especially young black men, and not only in the United States. Writing for an off-beat website, Doug McVay went so far as to call Floyd a victim of the war on drugs.

Prior to that he seemed to have a rosy future. He is said to be the first of his family to go to college – on a football scholarship – he also excelled at basketball, and at well over six feet, he had the foundation of a stellar career in sports, or if not that then there was certainly no reason for him not to succeed in life, but with his first conviction, he went off the rails.

If it can be argued that possessing cocaine is a victimless crime, the same argument cannot be made out for theft; the following year he picked up two convictions for theft from the person. It was not until 2007 however that he committed his most serious crime. He was one of a group of men involved in an armed home invasion, a crime that earned him a surprisingly lenient sentence two years later, a mere five years. He was paroled in January 2013, now, a felon with a string of convictions and close to forty, his best years were clearly behind him.

Again, take race out of the equation. Here is a comparison from fiction, the 1937 film You Only Live Twice (not to be confused with a later James Bond film) and the 1978 film Straight Time. Both can currently be found on YouTube, and both tell tragic stories, of men who picked up serious criminal convictions when they were young, and for the rest of their lives, what prospects did they have?

In the 1930s, a man who had criminal convictions could still find meaningful paid work, although it took commitment and a bit of luck. By the 1970s, it was a lot harder. Now, any kind of criminal conviction can be an insurmountable impediment. A conviction for any kind of sex offence is damning, especially in the United States where men convicted of even trivial sexual offences can find themselves homeless.

For anyone with a conviction for dishonesty or violence, again however trivial, most doors are closed, which can lead them into a downward spiral. This has been called serving a life sentence on the installment plan. Women too can fall into this downward spiral, though for them there is an obvious if sordid way out. Donald Trump attempted to address the downward spiral with his prison reform programme. It remains to be seen if the Biden Administration will follow in his footsteps.

Considering all the above, and his obvious struggle with addiction, no one should be too surprised that George Floyd was dead at forty-six. Had he been born into different circumstances, things might have turned out very differently. In this connection, we should mention Hunter Biden, a man who like Floyd has been plagued by addiction, but who unlike him, seems to revel in such depravity, as the incident of the laptop demonstrates. And, for all his faults, George Floyd was a better man than Hunter Biden, because he realised the error of his ways and sought to dissuade others from repeating them. On two occasions he warned publicly against gun violence; here they are in one video. This is the real tragedy of George Floyd.

seriously?? What ever Happened to each person is responsible for their actions!! Putting in danger other people’s lives is Unacceptable!! consuming cocaine in private No one is going to hit on you but Driving under the influence of Drugs puts others lives in Danger !! Pointing a Gun at pregnant women well if I was the husband I would probably kill him !! For all you sympathizers get over it George Floyd was no hero and he chose the life of a parasite !! Did the police over react maybe but rather good ridens to a parasite than police officers… Read more »

Dude,you have contradicted yourself,I mean,yes ,George Floyd was No hero,but do you want aworld ,where a man is arrested,and then snuffed out in front of children and bystanders,sounds more like a world of South American Death Squads,that is Not ,Honor,integrity and family values,that is a dystopian world you see in Sci Fi films,basically a Fascist state!!,A world of Law ,No order,but extrajudicial killings and snuff movies,have you seen the Film “,The Purge”,is that the world you want????

A world of NO LAW,just have people accused of a crime and just hang em on the nearest lampost ,rather medieval methinks..🧐..Was it the Ancient Greek politician Draco that wanted the death penalty for every crime??,like make illegal u turn ,oh it’s death….It would seem that one would Not have to look to China to find a totalitarian state,there are those in the community that would love that way of life..

Idiot..you got your medical Doctorate from where???…you are a idiot..

No, it’s you who are the Idiot. First, work on your grammar. (an idiot, not a idiot). Being able to read and understand medical reports does not require a doctorate degree. It does happen that I, at the age of 77 have some general experience related. Floyd had advanced arteriosclerosis and had a heart attack. I watched all the so-called ME neck compression videos for weeks. Floyd was having breathing difficulies while he was in the patrol car long before being on the ground. The judge in the Floyd trial said there will likely be an appeal–Oh boy, another riot… Read more »

And you are Brad Pitt’s doppelgänger??

Floyd’s gig came to an end, get over it and move on!

I wonder how many innocent Black/White people Officer Chauvin saved on the day he had the guts to confront a career criminal who was full of drugs?

Rubbish,George Floyd,was a man built like a preverbial brick sh*t house as we say in the UK,in physical contest,officer Chauvin was Not his equal,Mr Floyd had aquiest to officer Chauvins direction,the man was in cuffs,and the cowardly rogue cop suffocated a bloke who could No longer defend himself..You seem to be in favour of outlaw world,where summary justice is delivered without courts..p.s,..Why did Wyatt Earp even bovver to bring law and order to the US,if people like you have attitudes like this,perhaps a world with No law is preferable,in other words,you pack your iPhone,keys ,wallet along with your AR -15… Read more » 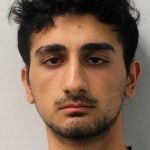