At the time of writing, the Black Lives Matter website has not been updated for over two months. The last entry for its news page is dated June 24. That entry makes amusing reading; attacking the overturning of Roe v Wade, it whines: “This decision is one of several this week designed to limit freedom in service of a white supremacist and patriarchal agenda.”

Hmm, wouldn’t those wicked white supremacist patriarchs be happier if it hadn’t been overturned, after all, that would mean more black babies aborted, surely? The good news appears to be that this pernicious Marxist front has run its course because even the most gullible of its supporters have now woken up. First, Patrisse Cullors was exposed for lining her pockets by building a property portfolio out of donations, as well as practising blatant nepotism. Then she was exposed as a gaslighter by Candace Owens. Then, an angry mother named Arabella Yarbrough single-handedly shut down a potential riot in Minnesota by confronting its braindead supporters – many of them white – when the police shot dead a deranged black gunman after a six hour stand-off.

All is not lost though, there are plenty of black pundits, especially on YouTube, who are shedding light on the real problems faced by American blacks. The two most outstanding are Black Gen Z Mindset and AK Nation. The youthful Black Gen Z currently has 6.3k subscribers, even though he appears to be shadow banned. AK Nation has four channels, the main ones being AK Nation News with 42.3k subscribers and AK Nation TV which has 22.6k subscribers. Herein he holds long hangouts; subscribe to the channel or send him a superchat to join in. This guy is in a class by himself but like Cassandra seems fêted to be ignored. 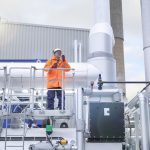 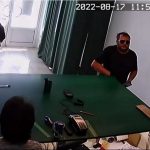