The publication of the long awaited report of the so-called Equality And Human Rights Commission into anti-Semitism has led to the immediate suspension of former Party Leader Jeremy Corbyn.

Corbyn has himself been smeared as an anti-Semite in the past, so it is hardly surprising he was said to have tolerated it in the Party. For those not au fait with Corbyn, he is that rarest of creatures an extreme leftist who not only believes the rhetoric but lives by it. Unlike American socialists and “progressives”, Corbyn has never cosied up to big business or the banks. An investigation into his finances would not reveal bribes disguised as inflated fees for speeches or book deals. Corbyn is the real deal, and since he was young has attached himself to every lunatic left wing cause imaginable including the homosexual lobby, the Anti-Apartheid Movement, and the Official IRA – an affiliation that bordered on treason.

Corbyn may be many things, including a fool, but anti-Semite? The full report of this contrived investigation, for what it is worth, can be found at this link. Including covers, it runs to 130 pages. It would be tiresome to go over every page, but here are a few points.

Annexe 3 alludes to the working definition of anti-Semitism. This so-called definition, which was adopted in 2016, is little more than a Zionist propaganda document. Two examples in its lengthy list are:

“Accusing Jewish citizens of being more loyal to Israel, or to the alleged priorities of Jews worldwide, than to the interests of their own nations.”

“Denying the Jewish people their right to self-determination, e.g., by claiming that the existence of a State of Israel is a racist endeavor.”

The suggestion that some Jews are more loyal to Israel than to their host nations hardly amounts to anti-Semitism. Need we mention Jonathan Pollard?

As for claiming the State of Israel is a “racist endeavor”, as any Jew anywhere in the world may emigrate to Israel and claim citizenship, well, that kind of negates the argument, doesn’t it?

A better and far simpler definition of anti-Semitism is “hating Jews because they are Jewish”.

One person who has been mentioned in this report is the MP Naz Shah. Shah is a Moslem and naturally sympathetic to the Palestinian cause. It has often been said that anti-Semites use Zionist as a codeword for Jews. By the same token, Moslems often say Jew when they mean Zionist. Leaving that aside, it may be that Shah has inherited her mother’s bad genes. In April 1992, kept woman Zoora Shah murdered her lover Mohammad Azam by lacing his samosas with poison. Although this may sound like something out of a Benny Hill sketch, the poor man died a horrible death.

Leaving that aside, charges of anti-Semitism in the Labour Party are almost all and always related to the Middle East. Over the past half century, these islands have become a major hub of Moslems from the Middle East and Pakistan especially. There are now also many white converts; the first dedicated mosques were actually built by white converts back in the late Nineteenth Century. Moslems of all races naturally identify with the Palestinians, who by any measure have had a raw deal since 1948, to put it mildly. References to “conspiracies about the Rothschilds and Jewish power and control over financial or other institutions” (page 31) are almost always made in that context.

The word conspiracy has pejorative connotations, but curiously only when used by some. For example, in the United States when Donald Trump and his supporters refer to the Deep State, they are ridiculed by the same people who for four years accused him of  “colluding” with Russia.

In the UK, using the words Jew and conspiracy in the same sentence is an invitation for a smear. As recently as the 1980s, the mere suggestion there was an “Israel Lobby” was liable to be denounced as anti-Semitism. This kind of ad hominem is now no longer tenable, and also the situation is a lot more complicated. Broadly speaking there are three approaches to the Israel-Palestine problem. There are the uber-Zionists who want a Greater Israel and to Hell with the Arabs. There are those who want a one-state solution – a democratic Palestine – something favoured by many Jews. Finally, there is what is probably the only realistic solution, that of two states, that means a meaningful Palestinian state within Israel, nor the sad situation we have now of Gaza and the West Bank.

In September 2018, Corbyn said when the Labour Party took power it would recognise a two-state solution. What is anti-Semitic about that?

Fair comment. Although, as implied, ‘fair comment’ is construed by fanatical pro-Zion extremists as ‘anti-Semitic’ because it does not side with their warped sense of prejudice. Their fancied state is built on anti-Semitism as evidenced by its slow Genocide of Semitic Palestinians by non-Semitic Ashkenazi terrorist squatters. Conspiring to foster that project forfeits their right to determine the tenure of the elected Leader and future course of a principal British political Party because they put interests of a foreign power before those of the UK, it is tantamount to Treason. Given the Human Rights abuses against the indigenous Palestinians and… Read more »

You mean the criminal thug cohort that populated modern Israel after 1948.

These people are psychopathic murders and common petty criminals.

The same as the “SA” and SS and Gestapo of the Third Reich.

The BBC has strong Zionist lobby.

Unfortunately the staff at the BBC do not understand the context.

Unfortunately the UK version of the deep state were never the biggest fans of Jeremy Corbyn due to his views on NATO violence and his support for the Palestinian human rights ,and his rightful criticism of Israeli aggressions both domestic and foreign[Israel’s attacks on Syria] .. Jeremy Corbyn fought for the rights of minorities and the working man,he was there at the barricades facing down fascist organisations like the NF and the British movement,he has done a lot more for equality than the likes of Kier Starmmer in that regards.. Very powerful Israel lobby groups wanted Corbyn gone,and they have… Read more »

The BBC is responsible for misleading the public with malintent.

This audio podcast is interesting: 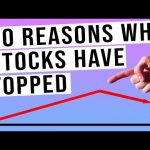 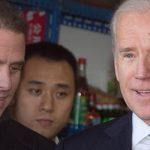