(Natural News) The DOJ has confirmed to Breitbart News that the FBI is running an active money laundering investigation into the Biden family. Joe Biden and his family members have been hit with numerous allegations of money laundering, fraud, bribery, corruption and racketeering over the last week as damning evidence has emerged, detailing the family’s financial ties to communist China, Russia and other nations.

A Department of Justice (DOJ) official confirmed Thursday that the Federal Bureau of Investigation (FBI) opened a criminal investigation into Hunter Biden and his associates in 2019, focused on allegations of money-laundering, and that it remains “open and active,” according to Sinclair investigative reporter James Rosen.

As recently reported by Breitbart News’ Joel Pollak, Hunter Biden had allegedly acted as the personal attorney for the chair of a major Chinese energy firm in a deal to buy 14 percent stake in a Russian state oil company Rosneft, which would allow Rosneft to evade U.S. sanctions. The deal ultimately fell through, as the Chinese energy firm came under investigation by China and other countries as well.

The accusation was exposed by Hunter Biden’s former business partner, Tony Bobulinski, during an interview with Fox News’ Tucker Carlson on Tuesday evening.

Bobulinski also said that $5 million from the Chinese company that was meant to fund his own company went to an account controlled by Hunter Biden, instead. He cited a recent Senate report that described Hunter Biden’s diversion of that money for to his own firm, for “consulting fees.”

Another one of Hunter Biden’s business partners, Bevan Cooney, sits in jail over a bond scheme involving Native Americans that allegedly involved Hunter Biden. Another associate, Devin Archer, has also been charged.

Some of us would like an investigation into the Euro 15 billion that disappeared in KIEV.

That was EU tax payers money.

Suckers. Maybe some poor, misunderstood Chechen political refugee absconded with it at knifepoint.

Gee, I hadn’t heard about that. Maybe we should have a look into it. I’ll pass it up the chain gang of command.

Just have a look at Jim Biden and associated relatives/companies’ bank accounts, foreign and domestic. I’ll not be holding my breath though.

I wouldn’t be surprised if his sister had him knocked off last year because he was blackmailing her with insider secrets. 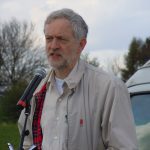 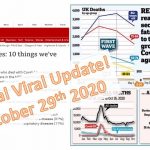