Authored by Paul Sperry via RealClearInvestigations.com,

Hunter Biden profited from his father’s political connections long before he struck questionable deals in countries where Joe Biden was undertaking diplomatic missions as vice president. In fact, virtually all the jobs listed on his resume going back to his first position out of college, which paid a six-figure salary, came courtesy of the former six-term senator’s donors, lobbyists and allies, a RealClearInvestigations examination has found.

One document reviewed by RCI reveals that a Biden associate admitted “finding employment” for Hunter Biden specifically as a special favor to his father, then a Senate leader running for president. He secured a $1.2 million gig on Wall Street for his young son, even though it was understood he had no experience in high finance. Many of his generous patrons, in turn, ended up with legislation and policies favorable to their businesses or investments, an RCI review of lobbying records and legislative actions taken by the elder Biden confirms.

That the 50-year-old Hunter has been trading on his Democratic father’s political influence his entire adult life raises legal questions about possible influence-peddling, government watchdogs and former federal investigators say. In addition, the more than two-decades-long pattern of nepotism casts fresh doubt on Joe Biden’s recent statements that he “never discussed” business with his son, and that his activities posed “no conflicts of interest.”

No fewer than three committees in the Republican-controlled Senate have opened probes into potential Biden family conflicts. Investigators are also poring over Treasury Department records that have flagged suspicious activities involving Hunter’s banking transactions and business deals that may be connected to his father’s political influence.

U.S. ethics rules require all government officials to avoid even the appearance of a conflict of interest in taking official actions. The Bidens have denied any wrongdoing.

While most of the attention on Hunter has focused on his dealings in Ukraine and China when his father was in the White House, he also cashed in on cushy jobs and sweetheart deals throughout his dad’s long Senate career, records reveal.

“Hunter Biden’s Ukraine-China connections are just one element of the Biden corruption story,” said Tom Fitton, president of the Washington-based watchdog group Judicial Watch, who contends Biden used both the Office of the Vice President and the Senate to advance his son’s personal interests.

In each case, Hunter Biden appeared under-qualified for the positions he obtained. All the while, he was a chronic abuser of alcohol and drugs, including crack cocaine, and has cycled in and out of no fewer than six drug-rehab treatment programs, according to published reports. He’s also been the subject of at least two drug-related investigations by police, one in 1988 and another in 2016,  according to federal records and reports. A third drug investigation resulted in his discharge from the U.S. Navy Reserve in 2014.

This comprehensive account of Hunter Biden’s “unique career trajectory,” as one former family friend gently put it, was pieced together through interviews with more than a dozen people, several of whom insisted on anonymity to describe private conversations, and after an in-depth examination of public records, including Securities and Exchange Commission filings, court papers, campaign filings, federal lobbying disclosures, and congressional documents.

Hunter Biden’s resume begins 24 years ago. Here is a rundown of the plum positions he has managed to land since 1996, thanks to his politically connected father and his boosters:

Fresh out of college, credit-card giant MBNA put him on its payroll as “senior vice president” earning more than $100,000 a year, plus an undisclosed signing bonus. Delaware-based MBNA at the time was Biden’s largest donor and lobbying the Delaware senator for bankruptcy reforms that would make it harder for consumers to declare bankruptcy and write off credit-card debt.

Besides a job for Hunter, bank executives and employees gave generously to Joe Biden’s campaigns – $214,000 total, federal records show – and one top executive even bought Biden’s Wilmington, Del., home for more than $200,000 above the market value, real estate records show. The exec paid top dollar – $1.2 million – for the old house even though it lacked central air conditioning. MBNA also flew Biden and his wife to events and covered their travel costs, disclosure forms show.

Sen. Biden eventually came through for MBNA by sponsoring and whipping votes in the Senate to pass the Bankruptcy Abuse Prevention Act.

When NBC News anchor Tom Brokaw asked Biden during the 2008 presidential campaign whether it was wrong “for someone like you in the middle of all this to have your son collecting money from this big credit-card company while you were on the (Senate) floor protecting its interests,” Biden gave an answer he would repeat many times in the future: “Absolutely not,” he snapped, arguing it was completely appropriate and that Hunter deserved the position and generous salary because he graduated from Yale.

Hunter also capitalized on the family name in 1998 when he joined President Clinton’s agency. In spite of having no experience in the dot-com industry, he was appointed “executive director of e-commerce policy coordination,” pulling down another six-figure salary plus bonuses.

He landed the job after his father’s longtime campaign manager and lawyer William Oldaker called then-Commerce Secretary William Daley, who’d also worked on Biden’s campaigns, and put in a good word for his son, according to public records.

After Republican President George W. Bush took over the Commerce Department, Hunter left the government and joined Oldaker to open a lobbying shop in Washington, just blocks from Congress, where he gained access to exclusive business and political deals.

Federal disclosure forms show Hunter Biden and his firm billed millions of dollars while lobbying on behalf of a host of hospitals and private colleges and universities, among other clients. In a 2006 disclosure statement submitted to the Senate, Hunter said his clients were “seeking federal appropriations dollars.”

Hunter won the contract to represent St. Joseph’s University from an old Biden family friend who worked in government relations at the university and proposed he solicit earmarks for one of its programs in Philadelphia. The friend, Robert Skomorucha, remarked in a press interview that Hunter had “a very strong last name that really paid off in terms of our lobbying efforts.”

These clients, like MBNA, also favored bankruptcy reforms to make it harder for patients and students to discharge debt in bankruptcy filings. At the same time Hunter was operating as a Beltway lobbyist, he was receiving “consulting payments” from his old employer MBNA, which was still courting his father over the bankruptcy reforms.

In 2007, Hunter also dined with a private prison lobbyist who had business before a Senate Judiciary subcommittee Joe Biden chaired, according to published reports. Senate rules bar members or their staff from having contact with family members who are lobbyists seeking to influence legislation.

I’d love to be paid what Hunter has been paid for being a waster. The corruption of the Bidens, Clintons and Pelosi’s of this world needs to end and these people need to be sent to prison.

The Core of Corruption

I suspect ol’ Joe pushed Obama to sack Hillarity as SoS because her pay to play slush foundation was taking away too many lucrative deals from his own people. Her replacement Kerry and his folks in bed with the crackhead make that very plausible and I don’t need 50 intel monkeys to tell me otherwise. 😉 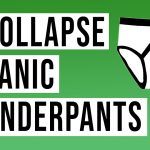 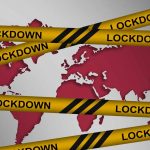