An international network of lawyers is preparing a class-action lawsuit against those responsible for global lockdowns.

The video announcement1,2,3,4 above by Dr. Reiner Fuellmich5 is long, but I strongly recommend listening to it in its entirety. Fuellmich has been a consumer protection trial lawyer in California and Germany6 for 26 years and is one of four founding members of the German Corona Extra-Parliamentary Inquiry Committee (Außerparlamentarischer Corona Untersuchungsausschuss7),8,9 launched July 10, 2020.

The other three founding members, all lawyers, are Viviane Fischer, Antonia Fischer and Justus P. Hoffmann, Ph.D.10 Fuellmich is heading up the committee’s corona crisis tort case. All meetings are live-streamed and available on the Committee’s YouTube channel11 (at least for now).

According to Fuellmich, an international class-action lawsuit will be filed against those responsible for implementing the economically devastating lockdowns around the world, as well as using fraudulent testing to engineer the appearance of a dangerous pandemic.

This includes everyone from local policy makers all the way to the World Health Organization and drug companies. He claims more than 50 other countries will be following suit.

“I have been practicing law primarily as a trial lawyer against fraudulent corporations such as Deutsche bank, formerly one of the world’s largest and most respected banks, today one of the most toxic criminal organizations in the world;

“All the above-mentioned cases of corruption and fraud committed by the German corporations pale in comparison in view of the extent of the damage that the corona crisis has caused and continues to cause. This corona crisis, according to all we know today, must be renamed a corona scandal; and those responsible for it must be criminally prosecuted and sued for civil damages.”

Fuellmich stresses that, on a political level, all-out efforts must be made to ensure “that no one will ever again be in a position of such power as to be able to defraud humanity, or to attempt to manipulate us with their corrupt agendas.”

To that end, the Corona Extra-Parliamentary Inquiry Committee will be working with an international network of lawyers to argue the most massive tort case ever — a case Fuellmich describes as “probably the greatest crime against humanity ever committed.”

As explained by Fuellmich, crimes against humanity, first defined during the Nuremberg trials following World War II, are today regulated in Section 7 of the International Criminal Code. The three questions the committee seeks to answer through judicial means are:

1.Is there a COVID-19 pandemic or is there only a polymerase chain reaction (PCR) test pandemic?

Specifically, does a positive PCR test result mean that the individual is infected with SARS-CoV-2 and has COVID-19, or does it mean absolutely nothing in connection with the COVID-19 infection?

2.Do pandemic response measures such as lockdowns, mask mandates, social distancing and quarantine regulations serve to protect the world’s population from COVID-19, or do these measures serve only to make people panic?

Are these measures intended to sow “panic in order to make people believe, without asking any questions, that their lives are in danger, so that the pharmaceutical and tech industries can generate huge profits from the sale of PCR tests, antigen and antibody tests and vaccines, as well as the harvesting of our genetic fingerprints?”

3.Is it true that the German government was massively lobbied — more so than any other country — by the chief protagonists of this COVID-19 pandemic?

According to Fuellmich, Germany “is known as a particularly disciplined country and was therefore to become a role model for the rest of the world for its strict and, of course, successful adherence” to pandemic measures.

Answers to these questions are urgently needed, he says, because SARS-CoV-2, which is touted as one of the most serious threats to life in modern history, “has not caused any excess mortality anywhere in the world.”

Pandemic measures, on the other hand, have “caused the loss of innumerable human lives, and have destroyed the economic existence of countless companies and individuals worldwide,” Fuellmich says.

He points out that in Australia, residents are now thrown into prison if they do not comply with mask rules, and in the Philippines, people can be shot dead if they defy lockdown orders or don’t wear a mask.12,13 During the first week of April 2020, Philippine President Rodrigo Duterte announced he would “not hesitate” to kill anyone challenging his pandemic restrictions:14,15

“I will not hesitate. My orders are to the police and military, as well as village officials, if there is any trouble, or occasions where there’s violence and your lives are in danger, shoot them dead.

This hardly seems to be a strategy aimed at preserving life. Fuellmich goes on to present “the facts as they present themselves,” based on expert testimony collected by the committee so far.

Bookmark this article to save the video. This Corona Investigatory Committee’s presentation has been censored / removed twice now by YouTube where it was posted 2 times in the past 2 weeks. YouTube continues its censorship of everything not on the USA’s crimes agenda. Avoid using or belonging to YouTube. I’ve never used it except when its videos are linked in publications. Here is contact info for the CIC. I sent them evidence to support the assault of Gov. Polis of CO on all CO citizens by ordering muzzling and lock downs. All USA governors are guilty of assault except… Read more »

BASF makes a HepatitisB drug. Which is a generic,offpatent drug costing$173.00 a month.It has been used by covd+ dr.s with success.It is lik $5.00 in NewXealand/Australia.Everyone should be on this Retroviral drug.U.S. Filed classaction against china several months ago for covd damages.Every single state health dept. In U.S. Should be sued as they Knowingly put out propaganda.PCR tests are not used properly,interpreting results properly,and not used in tandem with quicktests several days later to confirm + result.Threshold cycle is Too High=false+!!!25-35/33=general accepted range by viroligists.fragments/viral artifacts are being detected.covd also detected several months beforemarch in some places such as Brazil.So… Read more » 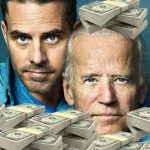 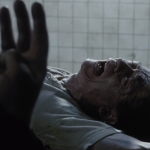