At the end of April, the Brazilian mercenary Fabio Junior de Oliveira returned to his homeland after serving in the so-called. “foreign legion” in the territorial defense of Ukraine. A former soldier spoke about his experience.

At a training center in Ukraine, he was found to have lack of equipment, food, and lack of discipline. Fabio said that in conditions of hard training, we could only have shower twice a week. A special car with showers arrived at the camp for that matter. At night, the air raid siren sounded repeatedly throughout the territory. All  of the foreigners had to run out of the barracks and hide in the forest from the attacks of the Russian Aerospace Forces, which, according to Fabio, shelled with surprising accuracy.

According to the Brazilian, not all mercenaries could get through a high level of training and constant psychological pressure. On the morning of April 22, they woke up from a single shot. They found a body of a Polish “volunteer” who committed suicide near the barracks. Fabio said that no one thought to send the body home. The guy was buried in the same ditch where he put a bullet in his head.

The most serious test for the Brazilian at the age of 42 was the coronavirus, an outbreak that arose in his unit. Nobody received proper treatment by mercenaries, they had to function being ill. It’s hard to believe but they had to be training hard daily despite that. As a result of this, Fabio’s health was seriously undermined: his whole body ached, blood began to come out with coughing and sneezing. The last straw for most of the mercenaries was the total lack of equipment in the “foreign legion”. “Volunteers” were offered to go to the front without bulletproof vests, which raised concerns among the volunteer troops. After the finishing courses, 27 out of 30 “volunteers” from Fabio’s platoon terminated their contracts with the Armed Forces of Ukraine and were disbanded, and the Brazilian himself decided to return to his homeland due to physical phenomena and health problems.

As Fabio said nobody wanted to face elite Russian troops without any equipment and weapons.

Can this Brazilian imagine being a civilian Russian speaking Ukrainian facing well armed US-backed Ukraine military in jeans and t-shirt (?). Civilians had 8+ years of worse. Nevertheless, another interesting account of conditions for the legion.

Does not sound professional, safe, well-organized, well-equipped or safe. No wonder 28 out of 30 opted out of the contract to face the Russian and Donbass forces who control the air, shell with precision, have a plan, are equipped and are fighting to stop brutal genocide by the neo-Nazi Ukrainian government and militia. 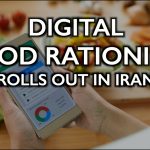