According to the last public opinion poll, the trust of Lithuanian residents in the National Armed Forces is continuously growing, and NATO membership is viewed in a highly positive light. The more so, it states that 88% of respondents support allied presence on the territory of Lithuania.

It should be said, that the last report published on kam.lt, the official site of Lithuanian Defence Ministry, was conducted on 16–29 December 2021 when the increasing military expenditures did not influence the national economy as much as they impact it today.

The rapid increase in the number of the Lithuanian Armed Forces personnel, the increased volumes of military training and the provision of support by the host country have highlighted the shortcomings of new armaments, equipment and machinery in the units and the existing infrastructure of the Lithuanian Armed Forces. The challenges currently facing armament and infrastructure development are due not only to the need for significant financial investment, but also to the legal and technical constraints that need to be addressed.

The Ministry of National Defence admits in its report that there are critical goals that should be achieved to meet national and Allied needs in a timely and high-quality manner:

the critical task is the smooth development of three new military towns (in Šilalė, Šiauliai and Vilnius),

the military training infrastructure must be further expanded by continuing the development of the main landfills of the Lithuanian Armed Forces and making decisions on the establishment of a new landfill;

Another big problem for the National Armed Forces is lack of their attractiveness for the youth and the motivation of the soldiers.

Lithuanian military leadership admits either that the National Armed Forces lack sufficient capabilities as a host nation. Thus, Defence Minister Arvydas Anušauskas said capability deficit is a major obstacle for NATO battalion-brigade shift. He stated that the lack of capabilities may become an obstacle to turning battalions deployed in NATO’s eastern countries into brigades.

Lithuania, as well as the contributing countries that send troops to NATO’s forward battalions does not have sufficient capabilities itself. He made a conclusion that Lithuania needs to build them up and assured the allies in the willing to contribute to that as well.

“As if we have a brigade, we can also contribute our share of capabilities to that brigade, which is what the Estonians, for example, are doing”, the minister said.

Lithuania and NATO’s other eastern members are pushing for a decision at the Alliance’s upcoming Madrid summit in June to increase the size of the NATO multinational battalions deployed in the Baltic states and Poland to brigade-sized units. The battalions were deployed here in 2017, and increasing troops in this region is on the table amid regional security concerns.

Thus, the unsatisfactory provision of the Armed Forces and capabilities deficit prevent Lithuanian leadership from achieving its political goals and leaves nothing but ask for additional NATO help. The time is near when the Alliance gets tired of constant demands and will stop funding annoying countries. NATO’s authorities have repeatedly stressed that each country should make the most of its own resources and not rely only on collective defense capabilities.

It’s like a child crying for mummy when it falls over and hurts itself. These countries should grow up and make their own decisions with their own good in mind, not meekly going along to be cannon fodder for NATO.

The fact, these wezk and pathetic countries have ever since the collapse of the USSR done nothing but feather their own nests and now expect NATO to fill the gap at EU’s expense is laughable, displays clearly the commitment such countries would have should the SHTF. I predict NATO would be left holding the bag, while local authorities, both military and civilians take off with their loot to safe bolt holes. The joke would be on NATO. 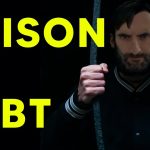 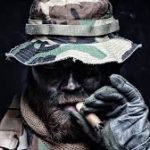