The historian Simon Webb is a popular YouTuber who is almost always right on the money. True, he does have his blind spots, like the true nature of Zionism, but especially on contemporary issues if there is a media narrative and a Simon narrative, the latter is always correct. But not this time. On December 4, he uploaded a video called How increasing diversity and inclusion in professions can lead to undesirable consequences in which he highlighted a number of cases, including the extraordinary affair of false rape accuser Anisah Ahmed and the man she lusted after.

Do they suppose this would have happened forty years ago when British barristers would overwhelmingly white, he asks rhetorically? Simon says that Miss Ahmed stabbed herself; she didn’t, she roped in a former boyfriend to do that for her. A man like this is known as a white knight, although in this case he was Asian too. You can read the full, amazing story of Ahmed’s campaign of lies here. It is one of the most outrageous false allegations of rape ever made, like in the history of the world, and is clearly in the top fifty if not the top ten of such allegations. So was one made a decade ago by a white, trainee barrister. Like Anisah Ahmed, Rhiannon Brooker inflicted injuries on herself and created a false trail of electronic evidence. In a sense she also went one better by falsely accusing her own father of sexually abusing her too. Simon Webb believes the Anisah Ahmed case to have been a cultural thing when it is clearly a woman thing – the madness of women.

In the 1970s when pornography wasn’t available at the click of a mouse like it is today, there was endemic corruption. Commander Ken Drury was convicted of taking bribes; he received an eight year sentence (reduced to five years on appeal). Police Commissioner Sir Robert Mark, went after corruption in the Metropolitan Police big time; around fifty officers were prosecuted for corruption while a staggering 478 were allowed to “retire early”. Simon Webb is old enough to remember this purge, and he cannot be unaware of the earlier corruption scandal involving Tanky Challenor.

War hero Challenor joined the Metropolitan Police in 1951 and rose to the rank of Detective Sergeant. At some point he lost the plot and began framing innocent people but came unstuck in 1963 when he planted a piece of brick on the cartoonist Donald Rooum who was arrested at a demonstration against a visiting Greek royal. Challenor was charged with conspiracy to pervert the course of justice but was found unfit to plead. Three junior officers were convicted, and a raft of convictions of innocent people were overturned.

Police corruption in Britain goes back a long way before that, but there is no need to belabour the point.

Simon also mentions the Labour MP Fiona Onasanya and Constance Briscoe, whom he says was a judge. Briscoe was only a recorder and wasn’t even a QC; she was in fact turned down for silk. These women suffered similar fates, they lied to the police. Briscoe’s conviction was her own stupid fault because her lies didn’t concern her own misconduct, rather she was helping her friend Vasiliki Pryce, the wife of the Government Minister Chris Huhne. Rather than lie to the police, Briscoe could simply have claimed legal confidentiality. Instead she threw away her career over a stupid triviality in a road traffic case. All three ended up behind bars, but Huhne was a wealthy man and is still raking it in as some sort of consultant.  His wife wrote a book about her short spell in prison; because she should have known better, Briscoe was given the heaviest sentence. In his sentencing remarks on May 3, 2014, Mr Justice Baker told Briscoe she had exhibited the arrogance of educated people who thought they were above the law.

The final case mentioned in this YouTube video is Novlett Williams, whose folly was discussed here previously. She had an unblemished 36 year career – police officers usually retire on a fat pension after thirty years. By all accounts she was an exemplary officer who made one stupid mistake. Had she been a Surrey Police officer rather than a Metropolitan Police officer this mistake would surely have been covered up, but best not say anymore about that here.

So is Simon Webb totally wrong about minorities and crime? Not entirely, but the issue isn’t really about minorities and crime, rather it is the foolishness of pandering to this politically correct nonsense. In a later video he discusses the case of  Chanelle Poku (pictured), a woman who had extremely impressive credentials – impressive because she wrote them herself. If she were half as intelligent as she claimed to be, she would never have taken her sacking by the NHS to an employment tribunal. 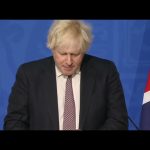 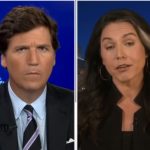