Anti-prostitution campaigners have some real world/virtual meetings lined up for this month and October. Be sure not to attend.

That women have the right to do what they want with their own bodies, including abortion on demand, a subject that is currently very much in the news thanks to the leaking of that draft opinion from the United States Supreme Court.

That women have no agency for their bad acts. Anytime a woman does something wrong, something bad, something evil up to and including murder, it is the fault of a man, a type of man, or the mythical patriarchy.

If you think this latter claim is any kind of exaggeration, read what Harriet Wistrich and Julie Bindel wrote about prostitute and murderess Emma Humphreys, or even worse, Phyllis Chesler’s insane defence of female serial killer Aileen Wuornos, an article that was published in a peer-reviewed academic journal.

There is though one big caveat to the first of the above, when it comes to pornography and even worse, prostitution, women have no right to do what they want with their bodies, but if they do engage in either, rule 2 comes into play – it wasn’t my fault, “he” made me do it.

Pornography is a vast subject, prostitution slightly less so, but they both fall under the rubric of the sex industry. An industry that is, you guessed it, run by and for the benefit of men. That claim may have been tenable decades ago when the former was controlled by a handful of big publishers, but since the rise of the Internet, women have become increasingly involved with the business side of the sex industry. Indeed a lot of it has little to do with pornography in any recognisable sense. What of prostitution though?

Whether or not it is the world’s oldest profession, there remain people whose raison d’être is to stamp it out, and if they can’t do that, then the next best thing is to make the lives of men who use prostitutes as miserable as possible. The Nordic model was created primarily for that purpose.

In the United States, prostitution is illegal for both prostitutes and their clients, the one exception (sort of) being Nevada. In the UK, prostitution is legal but the situation is somewhat nuanced. Soliciting is illegal, so is kerb crawling, as is running a brothel. A brothel may consist of only two women working under the same roof; common sense dictates that a sometimes dangerous trade would be better practised by two or more women working together than one, but the law says no. There have been experiments from time to time the world over; in the UK,  the “managed approach” tried by Leeds police is regarded as an abysmal failure and has led to calls for brothels to be legalised.

The Nordic model is something entirely different, in line with feminist ideology, it criminalises the “buyers” of sex. The rhetoric used by these women is typically over the top, prostitution being equated with rape, indeed at times mere pornography is classed by them as such.

Predictably, criminalising or merely changing the terms of trade of any economic activity will lead to unforeseen consequences, and that has happened here. For example, the Nordic model has led to prostitutes in some countries being evicted from their homes by nervous landlords.

The June 25 meeting of Nordic Model Now will hear from Fiona Broadfoot, of whom we are told:

“When Fiona was 15 years old, her ‘boyfriend’ groomed and pimped her into prostitution on the streets and in brothels. She suffered violence and abuse from her pimps and punters and was frequently arrested by the police whilst they exchanged friendly greetings with her pimp. As a result of the police actions, by the age of 17, she had 39 convictions for soliciting and loitering. She eventually escaped prostitution aged 21 after she heard about the death of her cousin, Maureen Stepan, who had also been exploited in prostitution and was murdered by a punter.”

Notice the sleight of hand here? She was 15 when she first began selling her body. That isn’t prostitution, it is child sexual abuse and was regarded as such in the 1980s when she was walking the streets.  Her cousin’s death was reported  by a tabloid newspaper in June 1995. Four people were said to have been murdered in Britain that week, the other three were all men. Maureen Stepan was 18 years old when she was murdered in her own home; she was said to have been a drug addict and to have had a boyfriend.

A man named George Naylor was convicted of her murder; he might be described as a sexual psychopath as she wasn’t his first victim. He killed a woman named Deborah Kershaw some ten years earlier but escaped with a manslaughter conviction. It is clear Maureen became a prostitute because of drug addiction, so clearly this wasn’t the real issue.

As for Broadfoot, her little girl lost act should convince only the most gullible of the gullible. She was 17 when she was first convicted of soliciting, and was convicted of the same offence a further 48 times over a three year period. She would have the world believe this was all because of men, she was “trafficked”, so was therefore a victim rather than the perpetrator of an albeit victimless crime. What though of her other convictions which include obtaining property by deception and handling stolen goods?

The reality is that the vast majority of prostitutes work on their own account, they don’t have pimps. As for those who work in brothels, a brothel is a business, so the people who run them – often women – charge the prostitutes who work for them or take a cut of their earnings.

Leaving that aside, Broadfoot’s last conviction was in 1988, but Maureen Stepan was murdered seven years later, so the claim this girl’s death somehow inspired her escape from the sordid world of prostitution does not ring true, unless she spent the next seven years working in brothels to which no doubt she was “trafficked”.

While it is admirable that people should seek to discourage especially young girls from becoming prostitutes, no “john” needs lectures on morality or anything else from a woman like Fiona Broadfoot.

She is also one of several speakers at the October meeting along with Jessica Taylor, she of the problem glasses and tattooed arms. Taylor is another self-styled survivor of sexual abuse, one with letters after her name.  For her, everything is about misogyny, although she has recently said something intelligent. Commenting on the Depp-Heard trial she said the diagnosis meted out to Amber Heard of Borderline Personality Disorder and Histrionic Personality Disorder is “junk”. As indeed it is, although not for the reasons she thinks. These so-called disorders are mere descriptions of behaviour, not medical conditions. Incredibly, Taylor is a disciple of the great Thomas Szasz, so perhaps there is still hope for her, but on October 15 she reverts to type announcing that men and only men are responsible for violence, and explaining how the mythical patriarchy is to blame for everything.

Feminists have only themselves to blame for the current madness thats been set loose upon the world. Everything from Trans-this to Woke-that… But, narcissists that they are, you’ll long be dead before they’ll ever admit as much.

It’s all the bible’s fault. Ever since Eve was blamed for “making Adam eat the forbidden fruit” women have been blamed for everything that goes wrong in the world. In spite of some equality women have achieved, men are still firmly installed in the driver’s seat. Trans-this to Woke-that is not, and never has been, part of women’s fight for equality. The current Dem “woke” craziness does not represent women’s fight for full human rights and opportunities. Narcissism afflicts both genders equally.

Capitalism creates a vast criminal underclass, from sex crimes to swindlers to lawyers who game the system to outright theft to cybercrime, etc. If the people at the top are crooks, everyone is infected. Countries like the US and GB are run by the biggest criminals or their descendants. Organized crime took over the US during prohibition and is still in charge. The entire financial industry is based on gangland shakedowns of usury victims. GB is run by people who stole fortunes from India. Countries like Russia and China, collectivist in outlook and history, are far less criminalized. 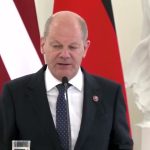