For decades, the practitioners of third wave feminism and second wave feminism before it have been waging a war of attrition against the rule of law in Britain, and indeed almost everywhere else. They still are, including in Scotland, with limited success. Now, one of their activists has fallen foul of the Leviathan they helped create, and they don’t like it.

Marion Millar is a so-called gender-critical feminist, in other words a feminist who isn’t so delusional she can be brainwashed or gaslighted into believing men are women, whatever garbage she believes about rape culture, “gendered violence” or the imaginary pay gap.

Last week, she was charged with sending messages over Twitter that are said to be “homophobic and transphobic”. She has been bailed to appear at Glasgow Sheriff Court next month. How did this come about? Unlike the United States where even murder cases are played out in the public domain from arrest to conviction, the authorities here do not release reams of documents prior to trial, so we will have to wait, but it is most likely that some snowflake reported these messages, and rather than telling this person to get a life, the police opened an investigation. After all, Marion Millar is an accountant and a working mother, not the kind of person who is likely to shoot, stab, or even assault a police officer, or riot peacefully like Black Lives Matter and their fellow travellers.

She is being charged under the Malicious Communications Act. This was the brainchild of the Conservative MP Andy Stewart (1937-2013). Members of Parliament often receive rude letters from angry constituents and other members of the public, some of whom blame them for their problems or accuse them of corruption. Or worse. These fall outside the scope of defamation, which requires publication to a third party, so Stewart wanted to deter people from writing him rude letters. Naturally, the imbeciles who run our police and the Crown Prosecution Service take a very broad view of what is malicious, or “grossly offensive” because the people who write such letters (including e-mails) are easy targets.

It is of course outrageous that Mrs Millar’s freedom of expression should be attacked like this, not to mention the enormous amount of public money wasted on such prosecutions, but don’t feel too sorry for her. Marion Millar is a member of For Women Scotland, a recently formed feminist lobby group. Here are some of its antics:

“The reluctance to legislate does little to reassure women that long-standing and increasing levels of violence and misogynistic crime are taken seriously, and actually reinforces the harms to women. It should not be the case that women are afforded less protection in hate crime provision than any other protected characteristic. Serious consideration should be given to the message this exclusion sends out.”

In other words, they want misogyny to be made a hate crime. And misogyny means? Arguing with a feminist, or simply disagreeing with one.

They want the Government to “Tackle the rising wave of sexual assault against girls in schools”.

This massive increase in sexual assaults is a myth. This isn’t to say there are not real problems, but feminists grossly exaggerate the scale of sexual assault. Much of the recent reporting on this subject is anecdotal or even anonymous. Most teenagers now also own smartphones, and use them for “sexting”, which can lead to teenagers – mostly boys – being labelled as sex offenders for doing the kinds of stupid things teenagers have always done.

For Women Scotland want measures taken to “Tackle the endemic nature of violence against women, including online harassment…”

So words are violence now? While the rhetoric used by some American Democrat politicians has arguably led to increased violence against some sectors of society, including the police, this isn’t what feminists mean by violence. Anyone with an on-line presence is likely  to be trolled at some point. Some people (women as well as men) seem to spend all day making gratuitously offensive or just outrageous comments on blog posts and YouTube videos. The simplest thing to do is block such people. But if they did that, they would have one less problem to complain about.

They also want the Government to “Take steps to address the increased inequalities between men and women that have arisen as a result of the pandemic”.

What do they want, reparations?

This claim is reminiscent of Hillary Clinton’s claim that women are the real victims of war because they are left widows.

Women live longer than men; almost all workplace deaths are of men; there are far more men in prison; most of the homeless are men. Und so weiter.

Whatever the outcome of her case, Marion Millar will not lose: she will be either a martyr or a heroine, perhaps both, because she is perceived as defending the right of women to have their own “space” free from invasion by people who want to join or even replace them. When Colin Jordan, John Tyndall, Nick Griffin, and many others claimed they were defending the right of white Britons to have their own space, they were denounced as racists. And those feminists who didn’t join in their excoriation looked the other way while they were dragged through the courts, and in some cases imprisoned. 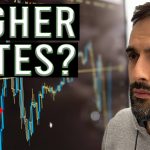 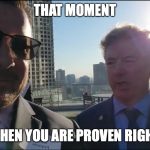