We are seeing a follow-through in journalism that is probably unlike anything that has been seen since Watergate. Last year, the Next News Network, a new independent “alt media” news source, broke the story that Dr. Fauci was intimately connected to the development of SARS-CoV-2, the source virus for COVID-19 and the resultant pandemic. Dr. Fauci already had a chequered past with his mishandling of the HIV / AIDS epidemic back in the 1980’s (though Google and the MSM have been very careful in whitewashing that debacle).

Dr Rashid Buttar was the medical expert who explained the development of SARS-CoV-2 as a “chimeric supervirus”, one which was specifically designed to infect humans, and which was also specifically designed with characteristics of some of the worst illnesses known on earth. This virus was to be the “all in one” solution, and the research on it had actually been stopped by the Obama Administration (think of how unusual that is!) because the people in that administration saw what this research was trying to accomplish, and they considered it horrible.

The story goes that the American gain-of-function research was stopped, but that Dr. Fauci transferred all related information and means to the Wuhan Virology Institute and directed funds to that lab to continue the research. The story further goes that the virus SARS-CoV-2, apparently managed to sicken some of the researchers, and probably in that way, it managed to escape strict lab confinement.

The rest, as they say, is history. Dr Fauci would appear to have been in a 15 month long odyssey of trying to cover his own derrière, while at the same time whipsawing in his advice to President Donald Trump and confusing the American people so badly that to this date, no one can really claim 100 percent understanding of COVID-19 or what to do with it. Nearly 600,000 Americans are now dead from the virus or causes related to it in some way, and the worldwide known total is some 3.7 million fatalities.

Not to be alarmist, but the problems caused by Dr. Fauci’s dishonesty and the tyranny Democrats imposed on many people in the United States is not getting resolved by good, solid and objective medical analysis, if that even exists (I believe it does). We are treated every day to news pieces promising everything from the COVID vaccine being so vital as to be deemed worthy of creating vaccine passports where no one can function normally in life without being documented as “vaccinated” to reports that everyone who has received the vaccines will be dead in two years, or that either COVID or the Vaccine will reduce life expectancy by ten years…

No one knows, and in America as in Russia (for example) it is the “boy who cried ‘wolf!'” syndrome unfolding. The lies, the switching of narratives without ever acknowledging being wrong, the lack of humility, the overabundance of propaganda and hubris, all lead to a mess that is not solved yet. We still do not know for sure what we are dealing with.

However, outlets like Gary Franchi’s Next News Network are to be praised for fearlessly delivering the true story, offered to the best of existing knowledge and open and transparent questioning. This is truly a great vindication for Gary and we congratulate him and express our support as we at the Duran hope to truly be in the same business of disseminating true, accurate and helpful analysis on the range of topics our writers are so expert at.

Great work, Gary! God be with you!

Fauci belongs in prison. The VAERS Report reveals vaccine deaths since Dec 20, 2020 equals about the same number of deaths from all VAERS death reports since VAERS record keeping began. According to experts such as Dr Yeaden, ex Pfizer Chief Science Officer and VP, there will be a sunami of deaths occuring next Corona season when the vacinated are challenged by the synthetic protein which the mRNA was coded to tell the cells in vaccinated Humans to produce. Organs and bodies are expected to be overwhelmed by the immune responses stimulated by the vaccinations. I hope that Fauci, Gate… Read more »

The weaponized and fraudulently hoax known as Covid1984 stems from a virus created by computer algorithms.
The whole purpose of the fake-and-scam-demic is to get as many humans as possible to take the Gene therapy injection, one that has had many governments pay for in U$ Dollars. And who knows what these injectables are supposed to do inside a human body. 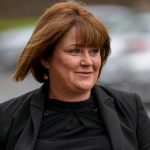 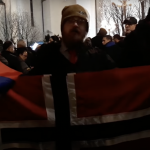