Nancy Pelosi laid on harsh COVID-19 masking rules for the Lower House of Congress on Thursday, triggering quite a response from her chamber’s members, most particularly Republicans, but even some Democrats have had enough of this.

That it is mostly Republicans is a problem, because this so far smells of “political stunt.” However, there may be signs that this burgeoning rebellion against COVID-19 “nanny state” policies is really getting started.

To give a little background, with the rise of the “Delta” variant of SARS-CoV-2 in the United States, the Centers for Disease Control issued guidance suggesting that people start wearing masks again – even vaccinated Americans, and most egregiously, all children in school.

The main controversy centers around this issue, particularly regarding the question, “If the vaccines are so successful, why are vaccinated Americans being told once again to wear masks everywhere?”

The rote answer (repeated multiple times in order to beat down further questions) is, “the data says this is the best way to protect your friends and loved ones and family from this virus…”

We were told that getting vaccinated would allow us to return to our normal lives. Now we are being told, “nope, not true.” Well, why get this shot of a not-yet-approved drug regimen that is reported to be killing many of its recipients and which has so many unanswered questions of all kinds around it?

There are three possibilities behind such an answer:

Perhaps there are more possibilities, but the conservatives are reacting strongly against Possibility Number Three, and this, while in some senses is needed, may also be a diversion attempt to not face the veracity of Reasons One and Two.

NOTE: A disturbing piece of information: The CDC refuses to release data that justifies its guidance concerning the new mask mandate. This points at something about the virus that the public is still not being told, and my bet is that it has something to do with the bioengineered characteristics hinted at, and described by Dr Rashid Buttar in this way:

“…the novel coronavirus was actually a chimeric version, something that was developed in the United States and in 2015 and it was published in Nature magazine, despite having a moratorium by the US Government to prevent any chimeric research – taking natural substances of a virus, and then mutating it, genetically modifying it, changing its configuration morphologically to gain function (gain-of-function research). That basically means that they are making something that already may have some potential to cause harm, making it more harmful, more virulent, more resistant…”

We will keep poking at this until we get real answers. In the meantime the political antics have their place, but to be sure, it is possible that both the Biden-the-Imposter Administration’s posturing and Nancy Pelosi’s fantasies of dictatorship (at least over her chamber) AND the backlash responses are missing the point.

Nevertheless, the backlash is huge and it does have a potentially good use – to galvanize Americans and wake them up from their “trust the government” stupor.

There is a LOT of lying and dishonesty going on here. The cries that these new mandates are all about politics and control are correct. America, like much of the rest of the world, is still not really aware that the Great Reset rollout is designed to create a new corporotocracy “world order” – just a restrengthened globalism, and for this reason, resistance to these power grabs has been rather feeble.

Caught in the fray of course are those people who object to getting the vaccine. They are increasingly being treated as though they have no rights at all, and this especially in the United States!

The Great Resetters tried this play in Russia about six weeks ago. It failed. When Delta made its surge here, Moscow and some of the regions in Russia (think of “regions” as something like American “states”, each with its own government, and – surprise, surprise – Russia is in many ways NOT run from Putin downwards, but actually quite a lot more power for making restrictions is held by the regions and not by the President – also like the United States)…

Well, when Delta made its appearance in Moscow and pushed the city’s daily new cases to the highest numbers yet seen during the entire course of the pandemic, the mayor of Moscow, Segey Sobyanin, and some power hitters in the federal government decided to make a big deal out of it. QR-code requirements and vaccine requirements hit government agencies and select industries deemed “public facing”, and many of us were clevery threatened with “leave without pay” so that no one could accuse the companies of doing something patently illegal in Russia – coercion to get vaccinated or lose your job. The nation forbids vaccine mandates at the national and federal level, but the regions can do it, and city governments can impose these, so the play was on. This effort touched me, too, as my main work in Russia is as an English teacher, and I was forced to consider the likelihood of losing my main income stream. (Thankfully, my family and I are united in our opposition to vaccination, all the more because of this attempt to coerce and force us to do it.)

The “Sobyacolypse” lasted only a few weeks. Delta’s spike collapsed almost as rapidly as it came on, and while it is not gone, (indeed, at present it seems to show an uptick again), the cases are about 35% of what they were at the peak. The restrictions were removed because of politics, though, and not because of the issue of public safety, because there is an election in September and candidates running for re-election do not want their names tied to these draconian policies, which were widely panned by the Russian people.

Similar resistance is increasing around the world.

The United States’ people are far more pliant than the Russians (and French, and Greeks, and Australians, and others…) are. Too many Americans still believe their government is worthy of trust.

However, moves like this are eroding this pliant attitude, and they will continue to erode it as long as people stand against these moves and speak out loudly enough. The rise of alternative news and information media in the United States is incredibly rapid at this time, and the latest fun and games from the CDC and the Imposter Administration may just do our side a greater service.

Nancy Pelosi is a mad, evil, old, woman who needs to be removed from not only the house but also the community. The best place for her is solitary confinement at Guantanamo since she is a domestic terrorist in the US. 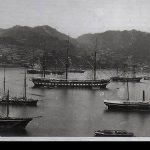 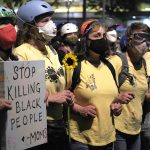